Webinar Recap: The Next Frontier of Preservation: The Moon

Unique environmental characteristics, global political impact, and growing development pressure from private companies are real concerns for the preservation of the Moon – and the human ingenuity that got us there. To ponder preservation on the Moon, Preservation Maryland hosted a free webinar in July 2020 with thought-leaders, Michelle Hanlon of For All Moonkind and Teasel Muir-Harmony of the National Air and Space Museum.

WHY CARE ABOUT PRESERVATION ON THE MOON?

Preservation on Earth is made up of a variety of laws and regulations that vary based on country, state, or municipality. How do we approach a preservation project that is a couple hundred thousand miles away from the regulations found on Earth?

As with all preservation projects, the work of preserving the lunar landing sites presents questions that preservationists routinely grapple with including how to balance preservation and growth in a sustainable way. On the moon, protection of the sites and the lunar surface at large is faced with challenges of competing interests from continued exploration and commercial enterprises.

Moreover, the question of preservation on the Moon invites preservationists to ask questions about how we would want to craft regulations if there were no existing statutes, and even how and why we choose what to preserve.

History of the Apollo Missions 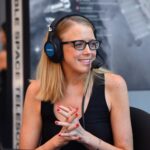 Attendees first heard from Dr. Teasel Muir-Harmony, historian of science and technology and curator of the Apollo Spacecraft Collection at the National Air and Space Museum, with a beautifully illustrated history of human attempts to reach the Moon – starting with President Kennedy’s challenge to the free world to reach the Moon. Project Apollo was always designed to be a global affair and was closely tied to political goals. The missions were largely successful, in both putting a man on the Moon and in uniting the imagination across many countries and cultures.

There is no doubt that this astounding achievement was fueled by technology, intelligence, and courage, but also peace and humanity. Many of the items that were intentionally left on the Moon after the lunar landing include not only highly-technical equipment like rovers, telescopes, and cameras, but also flags from countries around the world, ashes of astronauts, golf balls, and family photos. Dr. Muir-Harmony ended her presentation with a surreal photo of astronaut’s Charlie Duke’s family resting on the surface of the Moon. From Dr. Muir-Harmony, it is clear that the lunar landing sites are not solely significant to one country but represent a collective moment for humanity.

PRESERVATION ON THE MOON

Self-described “space lawyer,” Michelle Hanlon spoke next, sharing her presentation, “Protecting Human Heritage in the Cradle of our Spacefaring Civilization,” that frames Moon preservation not as a far-out goal or frivolous quest, but as a technical approach to creating a new framework for documenting and preserving major human achievements in space. There are 110 human objects on the Moon – a bounty of cultural heritage that is uniquely sessile but none of which are protected by the UNESCO nor are they without threat. Over time, repeat missions and moon landings have resulted in overlapping tire tracks, footprints, and even physical damage to equipment.

To fill a gap in international law regarding protecting cultural heritage on the Moon, Michelle Hanlon co-founded For All Moonkind, a non-profit organization, working to preserve these sites as examples of human cultural heritage and is engaging on a global level to make that preservation happen. Debated aspects of space law include the difficulty of defining damage to artifacts and liability, litigating concepts of due regard, international consultations on harmful interferences of new landings. Issues of ownership of artifacts and archaeological sites are also incredibly complex.

Moreover, For all Moonkind’s goals are to create a convention focused on conservation on the Moon and was successful in helping bring Cultural Heritage considerations into The Artemis Accords, NASA-supported guidelines that may become law if the One Small Step to Protect Human Heritage in Space Act is passed.

With these issues in mind, preservationists might start to find some of the challenges of Moon preservation relevant to those here on Earth – they are certainly worth considering to create a stable future for human heritage on the Moon especially with planned landings by the U.S. in 2024 and China in 2030.

More About Our Speakers

Dr. Teasel Muir-Harmony is a historian of science and technology and curator of the Apollo Spacecraft Collection. Before coming to the Smithsonian Institution, she earned a Ph.D.from the Massachusetts Institute of Technology (MIT) and held positions a tthe Center for History of Physics at the American Institute of Physics and the Adler Planetarium and Astronomy Museum.

Muir-Harmony’s current research focuses on the history of space diplomacy, examining how Project Apollo shaped and mediated the United States’ role on the global stage. She is the author of Apollo to the Moon: A History in 50 Objects (National Geographic, 2018) and has written on the history of science diplomacy, the material culture of spaceflight, and the political history of space exploration.She was a member of MIT’s Space Policy & Society Research Group, which produced The Future of Human Spaceflight (2009). Muir-Harmony’s research and writing have been supported by the Daniel and Florence Guggenheim Foundation, the Consortium for the History of Science, Technology, and Medicine, the MIT Presidential Fellowship, the Smithsonian Institution Graduate Research Fellowship, NASA’s Science Mission Directorate, and the National Science Foundation.

She serves on the Smithsonian exhibit committees for Destination Moon and One World Connected, and is the historical advisor for a six-part television series on Project Apollo. In addition, Muir-Harmony co-organizes the Space Policy & History Forum and teaches in Georgetown University’s Science, Technology, and International Affairs program. 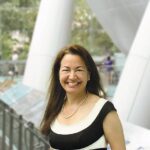 Prior to focusing on space law, Michelle was engaged in a private business law practice. Her legal career commenced with the restructuring of sovereign debt for a number of South and Latin American countries and evolved into the negotiation and implementation of cross-border technology mergers and acquisitions. Her subsequent solo practice advised entrepreneurs across four continents on all aspects of bringing their innovative ideas to market: from basic corporate formation to financings and buyouts.

Michelle is a Co-Founder and the President of For All Moonkind, Inc., a nonprofit corporation that is the only organization in the world focused on protecting human cultural heritage in outer space. For All Moonkind has been recognized by the United Nations as a Permanent Observer to the United Nations Committee on the Peaceful Uses of Outer Space. Michelle also serves as Mentor for the Creative Destruction Lab, a startup incubator program developed by the Rotman School of Management at the University of Toronto.

This is the first of several online webinars being offered by Preservation Maryland instead of our annual Old Line State Summit. All sessions will be offered free and recorded thanks to support from the Maryland Historical Trust, Whiting-Turner, Rural Maryland Council, Ruff Roofers, Brennan+Company Architects, and Worcester Eisenbrandt, Inc.

Increasing Participation in the Planning Process

History Along the Underground Railroad