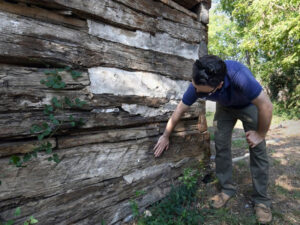 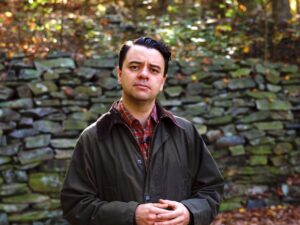 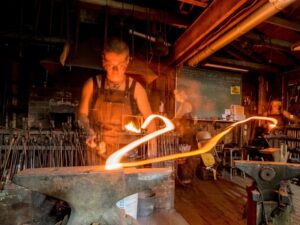 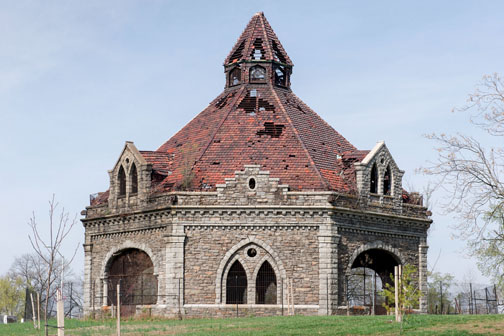 The Valve House in Clifton Park in Baltimore City

The Valve House in Clifton Park in Baltimore City was listed as an Endangered Maryland site in 2014.

In the midst of Clifton Park, the former home and farm of Mr. Johns Hopkins, sits an octagonal stone building that catches the eye of any passersby. The Valve House was built with public funds in 1887 and features gothic windows, Romanesque arches and a pioneering steel roof truss system covered in clay tiles. In any city fresh water is a concern, and as Baltimore’s population continued to grow through the late 19th century, the city developed more and more public works structures. The Valve House was used to control the flow of water from Lake Montebello into Lake Clifton. When Lake Clifton was filled in for development in the mid-20th century, the Valve House became obsolete.

When first constructed the Valve House had a practical function but it also served as an aesthetic attraction and an emblem of civic pride in the early 20th century. In addition to its functional purpose as a reservoir, Lake Clifton served as a destination for people who wanted to enjoy the outdoors, and the Valve House on its bank was a mark of pride in what the community could achieve in these times of large-scale engineering projects.

Baltimore City has done little to tend to the maintenance needs of the building over the years. The steel roof truss system is rusting away which has led to the loss of number roof tiles, and the stain glass windows are all but gone. The Department of Recreation and Parks has a hard time maintaining the structures in their care that get used on a regular basis, so there are no funds available for maintenance on the Valve House. To remain viable the building needs to remain functional in the 21st century.

Currently Clifton Mansion, which sits just a hundred yards from the Valve House, is undergoing an extensive restoration which is bringing more and more people into the park. Since the 1970s there has been community support for the preservation of the Valve House but efforts have stalled. In 2013 the City paid for a structural integrity report which found that action is required soon to avoid structural failure. Civic Works, the organization that runs Clifton Mansion, sees the preservation and adaptive reuse of the Valve House as integral to the continued growth of Clifton Park.