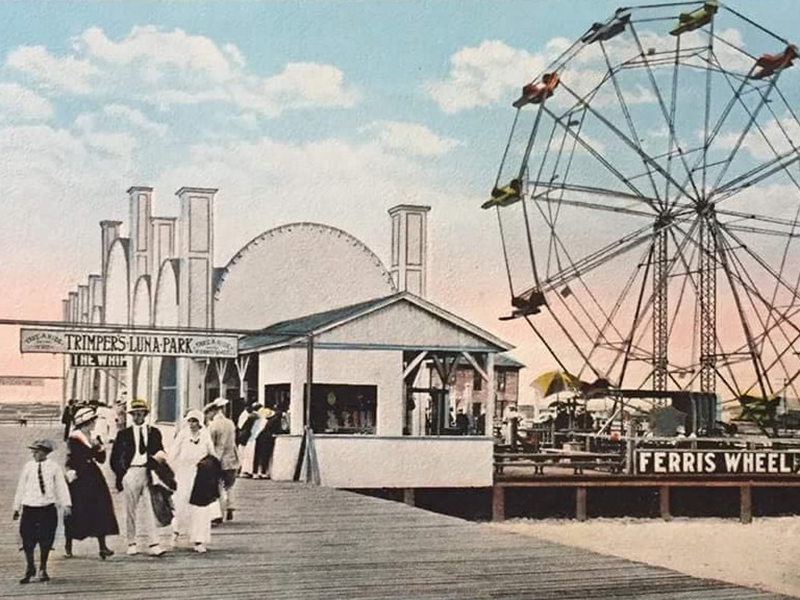 Maryland’s Eastern Shore is home to the oldest family-owned amusement park in the United States! Trimper’s Rides and Amusements was founded in 1893 and is still spinning today.

Daniel and Margaret Trimper opened two hotels, the Sea Bright and the Eastern Shore, just three years after arriving in Ocean City, Maryland. After a storm damaged the Sea Bright in 1900, they rebuilt it in the style of Windsor Castle in England. Their hotels, amusement park, and theatre were known as the Windsor Resort. 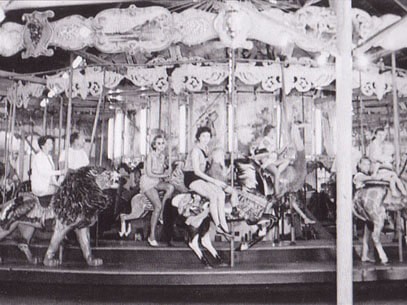 Twelve years later, Daniel purchased a 50-foot Herschell-Spillman Carousel, which still operates in the park today. When it was installed, it was one of the biggest in the country! The park expanded over the century to include a haunted house, designed and built by a Ringling Brother’s art director, a Ferris wheel, several rides, and shops.

Watch History: Today it is owned and operated by the fifth generation of Trimpers. Over a century has passed since its founding, but parts of the park remain the same. Visitors can still get spooked in the haunted house or enjoy the beauty and novelty of the antique rides and ticket booths, all in working conditions, that are spread throughout the indoor portion of the park.

READ MORE “ONLY IN MARYLAND” STORIES