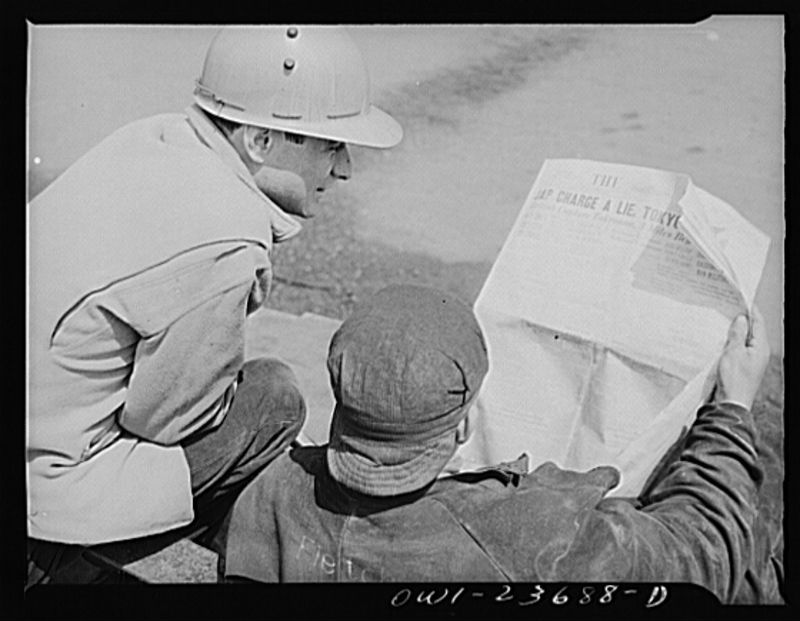 Workers at the Bethlehem-Fairfield shipyards reading The Sun, 1943. Photo from the Library of Congress.

This Day in Maryland History: The First Issue of the Baltimore Sun is Published in 1837

On this day in 1837, Arunah Shepherdson Abell published the first issue of The Sun from Baltimore, Maryland. 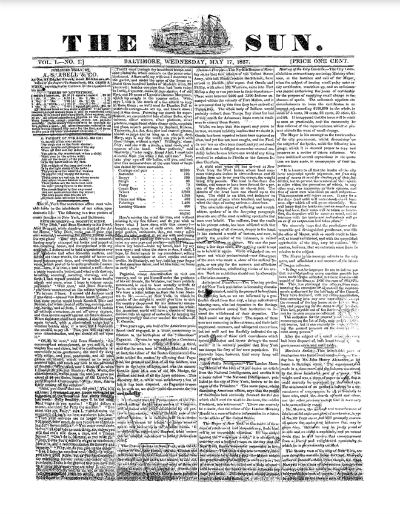 A printer from Providence Rhode Island, Abell started The Sun with the hope that it would be a newspaper for all people, hence its slogan “Light for All.” Furthermore, Abell sought to make The Sun “a channel of useful information to every citizen in every department of society…whether literary, professional, mercantile, manufacturing, or miscellaneous.” The first printing was copies of a four page tabloid-size paper, circulated throughout the city, each only a penny. It is said that Abell likely set the type for this first print himself.

After one year, subscriptions grew to 12,000 and the The Sun moved out of a small building at 21 Light Street to a larger space to accommodate this growth. The paper would move three more times:

The Sun made history from the beginning. Notably, it was the first paper to publish President Martin Van Buren’s 12,000-word address to Congress as the transcript was sent via the Baltimore & Ohio Railroad from Washington, D.C. It was also the first to report the United States victory in the Mexican-American War. 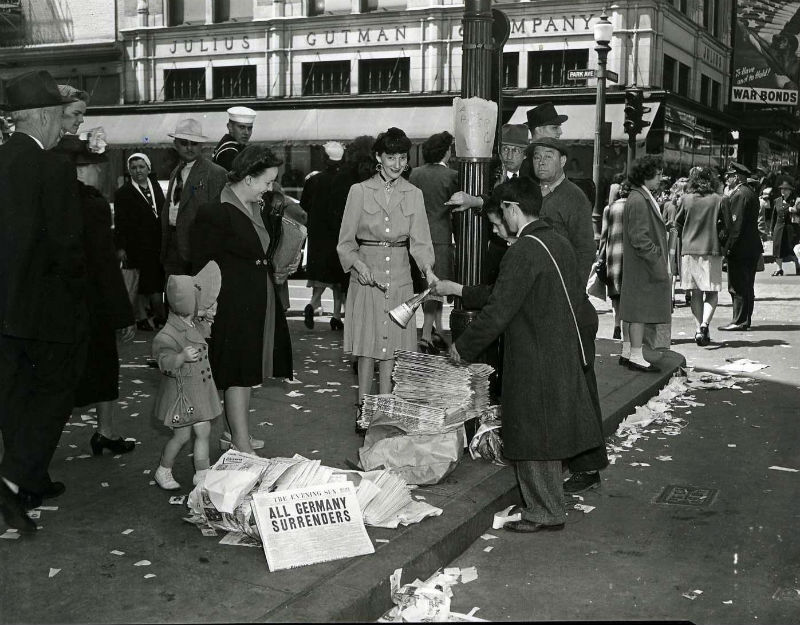 “All Germany Surrenders” reported on VE Day, 1945. Photo by A. Aubrey Bodine for The Sun.

Over it’s nearly two centuries of existence, The Sun, expanded its reach across the globe. After World War II, it operated eight foreign bureaus, leading to a 1983 advertisement for the paper that read, “The Sun Never Sets on the World.” In 1986, they were bought by the Times Mirror Co., which owned the Los Angeles Times, but the Times Mirror Co. was bought 14 years later by the Tribune Co., owner of the Chicago Tribune. The Tribune Company changed the name of the paper from The Sun to The Baltimore Sun in 2007. Today, The Baltimore Sun has a daily circulation of 133,169 and more than twice that for The Sunday Sun.

More Only in Your State Blogs