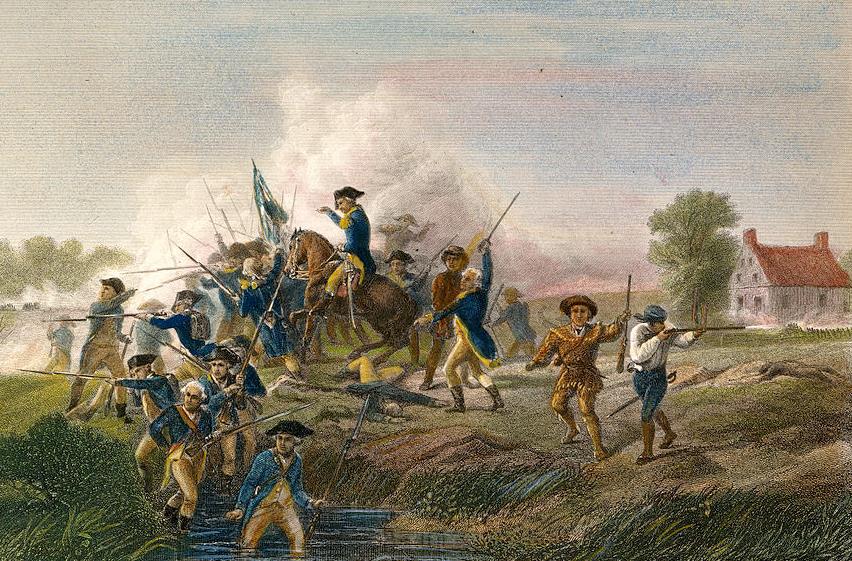 Maryland Troops Save the Continental Army

The Battle of Brooklyn or Long Island pitched 13,000 Continental troops against Howe’s 34,000 British soldiers. Staggeringly outnumbered and surrounded, General Washington ordered a retreat soon after the engagement commenced to avoid a complete disaster. Covering that retreat were Pennsylvania, Delaware and Maryland infantry, called Lines, who were positioned near the Vechte-Cortelyou House. 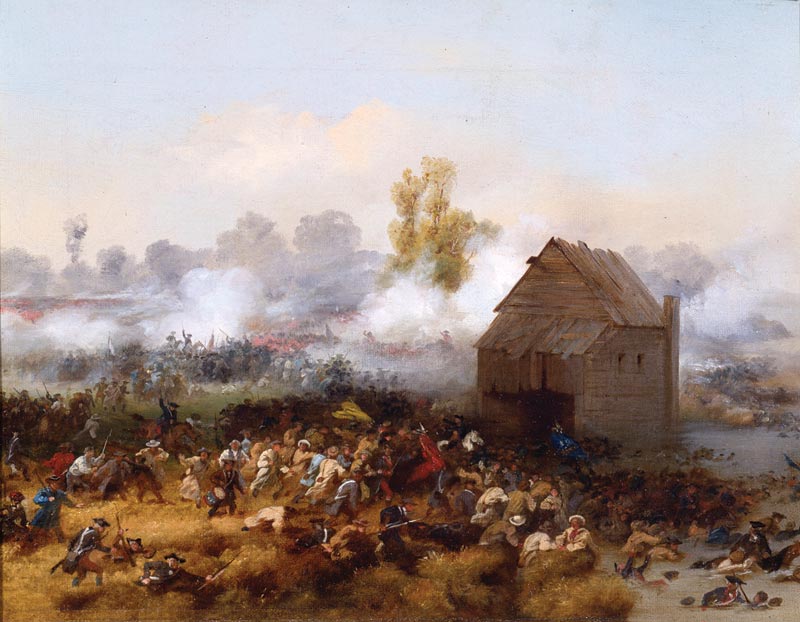 When the Pennsylvania and Delaware lines collapsed and retreated, only the Maryland Line was left to cover the retreat. Maryland Major Mordecai Gist led what has forever been known as the “Maryland 400” – even though they actually numbered just 260-270 – in their dogged defense of the American retreat. Facing nearly 2,000 British soldiers, the Maryland Line held long enough to cover the retreat, and allow the Continental Army to live to fight another day. 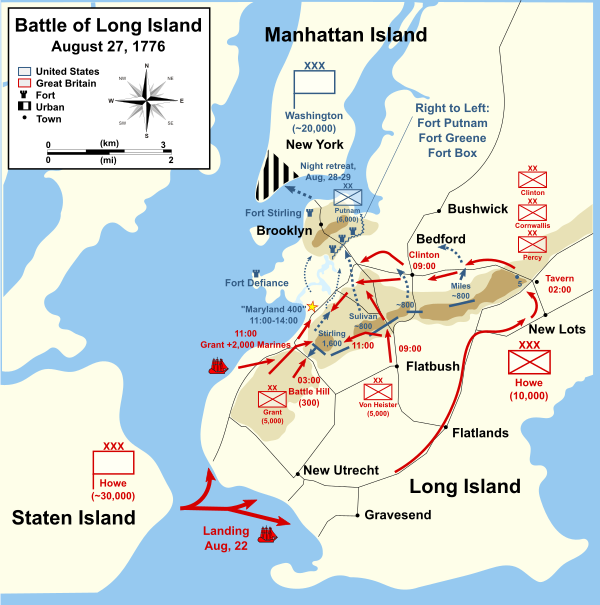 The Sacrifice of the Maryland 400

In the end, 256 Maryland troops perished in the fight, with less than a dozen making it back to the Continental lines. Watching the Marylander’s action from a nearby position, General Washington watched what he called his “Old Line” and reportedly remarked to General Israel Putnam, “Good God, what brave fellows I must this day lose.”

It was at the Battle of Brooklyn that Maryland earned its nickname – a name paid for by the blood of its patriots in defense of American independence. Today, the precise location of the burial site of these Maryland patriots remains a mystery and a subject of intense research by historians and archivists who hope to appropriately honor their sacrifice. 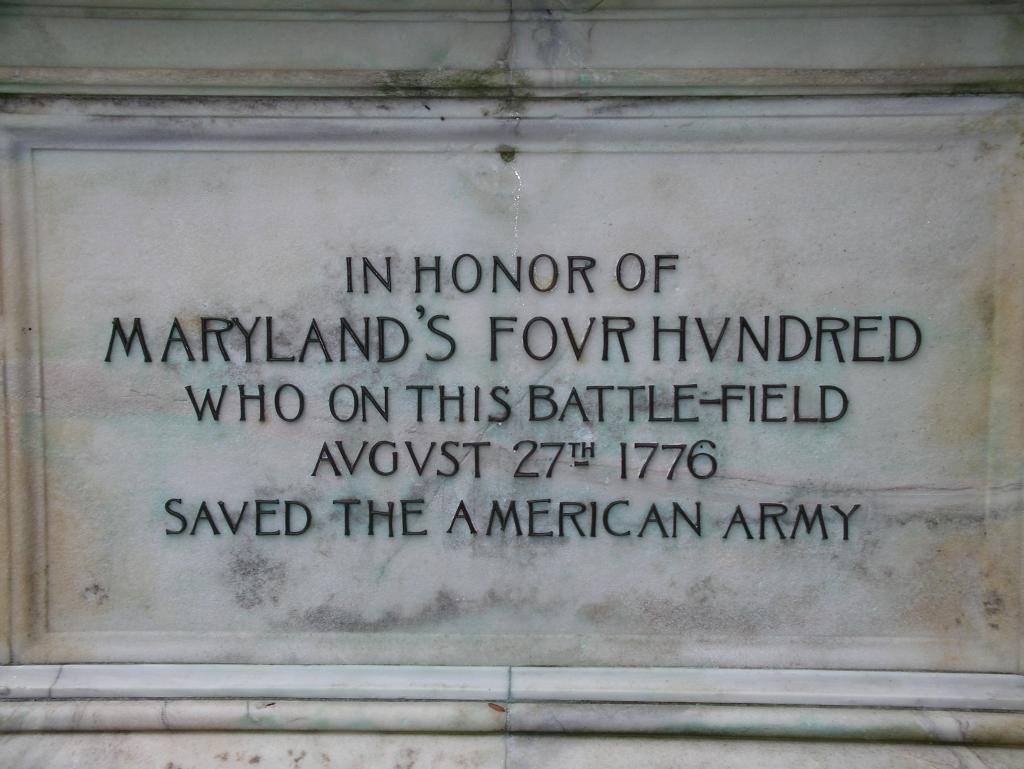