Summit Session: Making Sustainability a Reality in Your Community

Many Maryland communities are advancing sustainability projects and policies to improve quality of life for residents, save money, and care for the environment. Mayor Don Briggs of Emmitsburg and former Charles County Commissioner Ken Robinson will discuss sustainability efforts in their communities and share lessons learned and tips for sustainability advocates during this session of the Old Line State Summit to be held on July 24, 2019 at the Delaplaine Arts Center.

Free Resource: Preservation Maryland is pleased to provide access to the presentations given at the Old Line State Summit.

Many Maryland communities are advancing sustainability projects and policies to improve quality of life for residents, save money, and care for the environment.

Under the leadership of Mayor Don Briggs, Emmitsburg has become a model municipality for sustainability with implemented projects including a solar-powered algae control system in Rainbow Lake, LED streetlights, community gardens, and bike trails. The town is now 94% off the grid as a result of its commitment to solar energy projects and was awarded the State of Maryland Green Registry Leadership award in 2017.

As a Charles County Commissioner, Ken Robinson led the effort to plan for a sustainable future, with the county’s adopted comprehensive plan supporting protection of rivers and streams, preservation of forests and farms, and creation of a new, mixed-use, transit-oriented community. Ken is also a longtime advocate for renewable energy; a decade ago he had Southern Maryland’s first residential power-generating wind turbine installed on his property at Swan Point.

Learn about these and other initiatives as Mayor Briggs and Commissioner Robinson share lessons learned and tips for advocates seeking to implement sustainable solutions in their community during this session of the Old Line State Summit to be held on July 24, 2019 at the Delaplaine Arts Center. 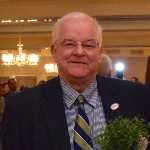 Mayor Briggs is currently serving his third term as Mayor of the Town of Emmitsburg. His extensive public and community service include being Past President of the Emmitsburg Business and Professional Association, former Chairman of the Frederick County Sustainability Commission, and former Director of Catoctin Land Trust. His leadership on environmental issues was recognized by the Maryland League of Conservation Voters in 2017 with the first Teddy Roosevelt Conservation Award. Mayor Briggs and wife Libby have owned an appraisal business for over 45 years that is designated as a MAI by the Appraisal Institute and LEED AP+ by the US Green Building Council. Mayor Briggs has masters degrees in theology from Mount Saint Mary’s University and liberal arts from Saint John’s College Annapolis – Santa Fe. 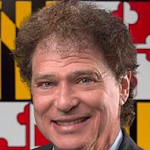 Ken Robinson served two, four-year terms as a Charles County Commissioner from 2010 through 2018. During his tenure he spearheaded significant environmental legislation to support smart growth, watershed protection, and alternative energy. Ken is currently Preservation Maryland’s Advancement Officer. His responsibilities include providing assistance to the organization on critical advocacy issues at the state and local level. Ken is also the principal of Potomac View Communications (PVC), LLC. Founded in 1995, PVC is a firm specializing in the fields of public relations, multimedia content, Internet-delivered distance education, and video production.