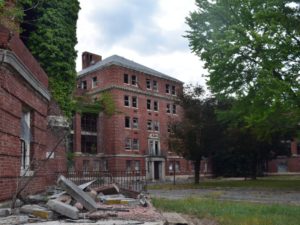 What should the State of Maryland do with large vacant historic complexes? A new report prepared for the Maryland Department of Planning calls for strategic policy changes and increased project funding to advance preservation and reuse.

For many years the historic Glenn Dale Hospital complex was de facto protected from incongruous development by a long-standing deed restriction. Now that there is a committed interest from a team of public agencies, preservation organizations, and private firms, in the redevelopment of the site, the deed restriction was deemed unnecessarily strict. 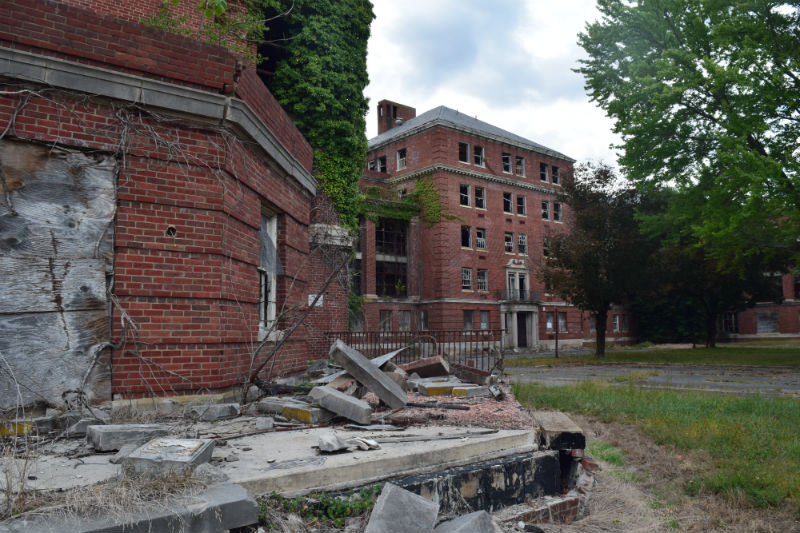 Thanks to Preservation Maryland’s involvement, active efforts to breathe new life in to the long vacant Glenn Dale Hospital in Prince George’s County have taken a major step forward with the selection of a qualified team from The Alexander Company to complete a redevelopment feasibility study.

As part of the Six-to-Fix effort, Preservation Maryland staff as served on the Proposal Analysis Group to offer expert preservation guidance – and act as a liaison to the larger Glenn Dale community – in the selection process. Previously, the Alexander Company has worked in Maryland on the redevelopment of the National Park Seminary in Silver Spring.

Update: The feasibilty study was completed and presented to the community in March 2019.

Preservation Maryland Executive Director, Nicholas Redding, explained, “This is exactly what we hoped would happen when we selected this threatened site as a Six-to-Fix project in 2015. It was a stalled project for nearly 30 years and we’re proud to have helped to push it forward to this point. There’s much work that remains, but we’re pleased with the progress so far and proud to have been involved.”

Alexander Company will present their proposal and portfolio to the larger Glenn Dale community at a public meeting. The surrounding community has been very active in finding a suitable development partner for the historic property while keeping historic preservation and open space conservation at the forefront. Sponsoring the meeting are Prince George’s County Common Council Members Todd Turner, Andrea Harrison, and Dannielle Glaros.

The property is currently owned by the Maryland-National Capital Parks and Planning Commission, who coordinated with the Prince George’s County Redevelopment Authority to manage the Request for Proposal process that took place throughout 2016.