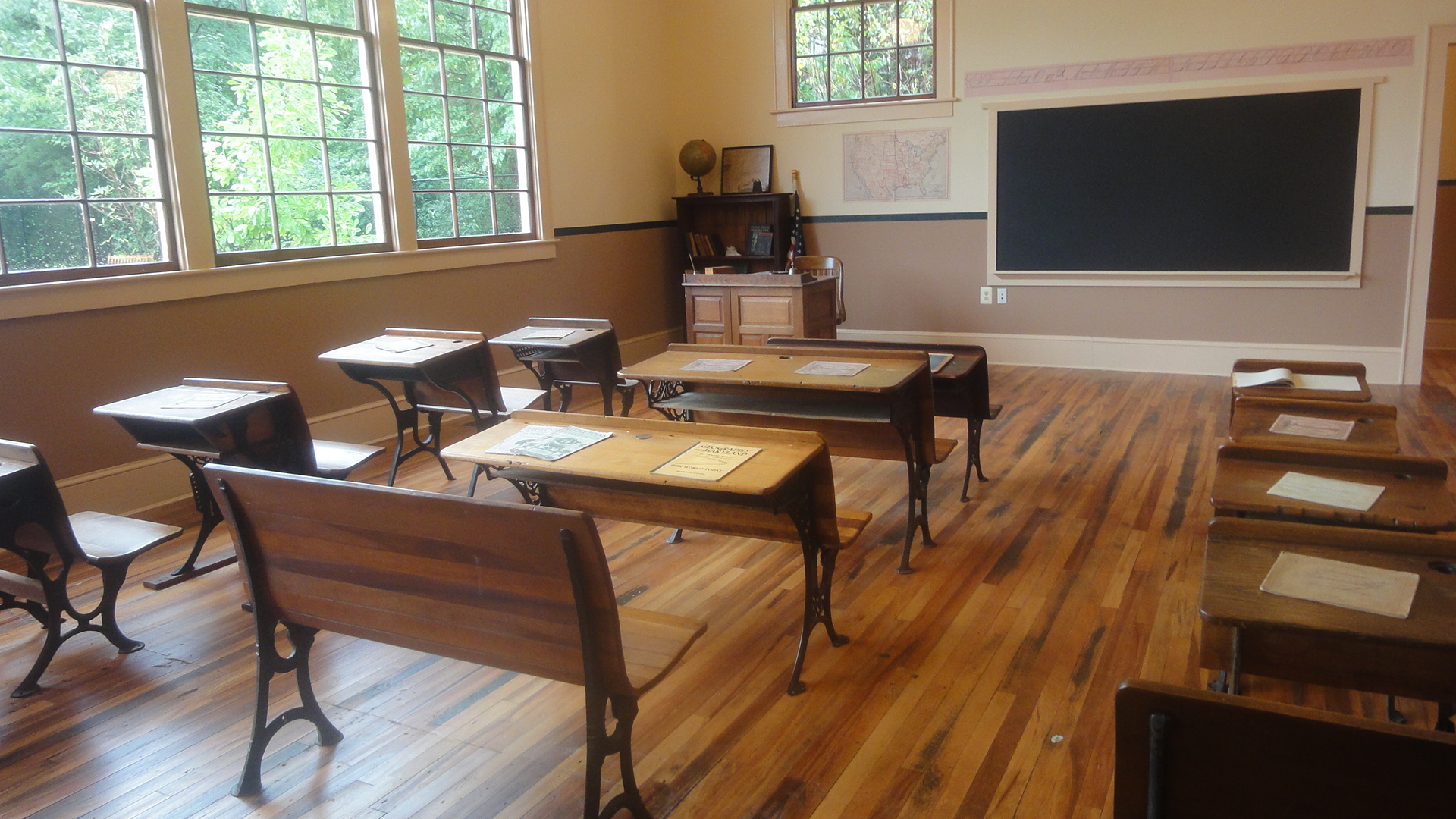 An interior image of the Ridgeley Rosenwald School after its restoration. It was built in 1927 to serve the Black community in Capitol Heights. In 2011 it was restored and reopened as a museum. This site was selected for Endangered Maryland in 2007.

The Rosenwald School building program played a prominent and pivotal role in the education of African Americans in the early 20th century.

A result of a partnership between Booker T. Washington of Tuskegee Institute and Julius Rosenwald, President of Sears, Roebuck and Company, the Rosenwald Fund providing matching grants for more than 5,000 schools, shops and teacher’s residences built in 15 southern states, between 1917 and 1931.The schools became obsolete in 1954 with the U.S. Supreme Court ruling that outlawed segregation in public education. Many of the schools were abandoned or demolished and their invaluable contributions forgotten.

Of the more than 5,000 Rosenwald program buildings constructed, 156 of the school and ancillary structures were built in Maryland – and 53 of those structures remain.

As part of our Six-to-Fix program, Preservation Maryland is currently assisting the Quince Orchard community with strategic visioning for the Pleasant View Historic Site in Montgomery County. The Pleasant View Historic Site is comprised of the Quince Orchard Colored School, believed to have received Rosenwald funds, as well as the Pleasant View Methodist Episcopal Church, and the Pleasant View Cemetery. The buildings on this site are monuments to the story of how during segregation African Americans utilized the institutions available to them to forge a new future. The buildings are beginning to suffer from years of deferred maintenance, and Pleasant View needs to embrace new uses to remain relevant to the larger community. Success will require a more comprehensive approach to rehabilitation and future use, and the Six-to-Fix team will focus on identify new uses and partnerships, while also working to secure capital funding to stabilize and rehabilitate the historic structures.

“Rosenwald: The Remarkable Story of a Jewish Partnership with African American Communities”
A documentary released in 2015 by film marker Aviva Kempner