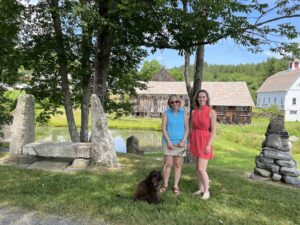 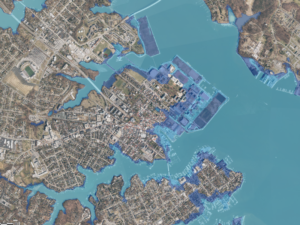 The Harrison Goodall Grant for Innovative Historic Preservation application period is now open! Hear from Benjamin Curran, a 2021 grant recipient (and now The Campaign for Historic Trades‘ Curriculum Developer!), as he shares his experience with the simple application process and how the grant has helped propel preservation innovation. 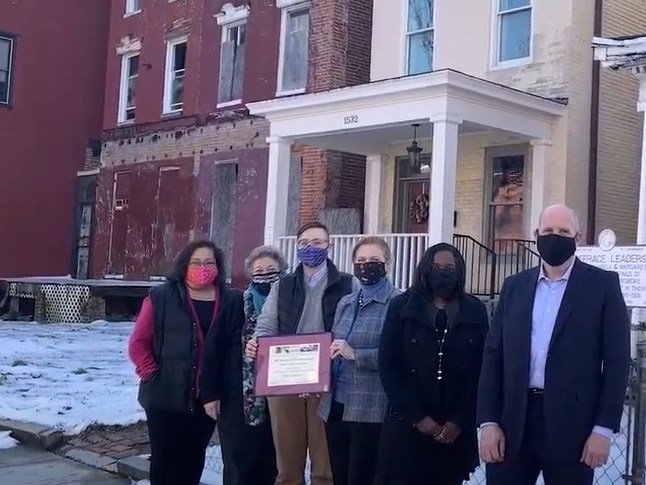 Preservation Maryland’s women’s suffrage public history project, Ballot & Beyond, has been recognized for Excellence in Media and Publications from the Maryland Historical Trust.

Ballot & Beyond is a free, on-demand online exhibit and podcast that serves to commemorate Maryland’s suffragists and show their legacy on more contemporary female leaders in Maryland.

Across the fifty-five episodes, there is a great temporal, geographic, personal, and topic diversity – from Margaret Brent’s early suffrage efforts to Pauli Murray’s unique national impact, and from Rachel Carson’s research and writings to Henrietta Lack’s unending importance to science.

The Ballot & Beyond project was a collaborative project from the very beginning – and benefited from the many agencies, organizations, experts, and volunteers that brought years of research to a broad public audience. This award is shared with the Maryland Women’s Heritage Center. Thirty-one researchers, writers, editors, and readers worked on fifty-five episodes that highlight the accomplishments of sixty-five remarkable Maryland women.

Commenting on the task of selecting the cohort of women featured on the podcast, Diana Bailey, Executive Director of Maryland Women’s Heritage Area, explained, “We are especially concerned with representing the critical intersectionality of race and gender in the history of the suffrage movement as new documentation comes to light.”

Preservation Maryland crafted eight videos with historic maps and archival images for eight Ballot & Beyond episodes thanks to support from Maryland Humanities through The Voices and Votes Electoral Engagement Project is supported by the Andrew W. Mellon Foundation and administered through the Federation of State Humanities Councils for its new initiative, “Why It Matters: Civic and Electoral Participation.”

LISTEN TO BALLOT & BEYOND NOW