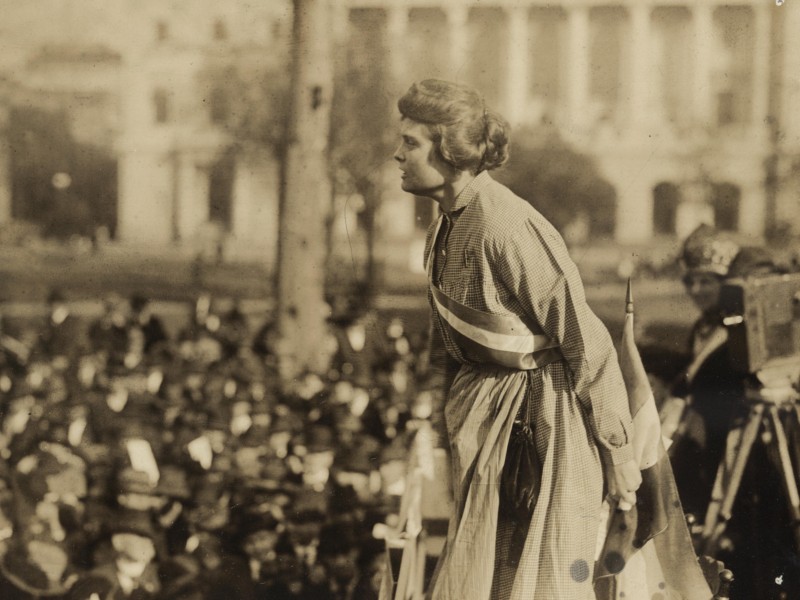 Citizens across the country celebrated the 100th Anniversary of the passage of the 19th Amendment this August and Preservation Maryland contributed to the expansion of new research and interest on the complex history of the Women’s Suffrage movement and legacy by releasing a new season of biographies on the organization’s Ballot & Beyond podcast and online exhibit.

Ballot & Beyond is a multi-media public history exhibit and podcast highlighting the work of remarkable Maryland women with a focus on the state’s suffragists and activists – and the next generation of women in leadership. More than 55 episodes are available now for streaming and reading online.

This second season of the podcast was made possible by a grant from the Maryland Historical Trust and the skilled volunteers of the Maryland Women’s Heritage Center. Using a Heritage Fund grant, the Maryland Women’s Center brought together researchers, writers, editors, and voices from across the state to produce 28 new audio biographies. The first season released in early 2020 was generously supported by the Gallagher Evelius & Jones law firm.

Commenting on the task of selecting just two dozen women, Diana Bailey, Executive Director of Maryland Women’s Heritage Area, explained, “We are especially concerned with representing the critical intersectionality of race and gender in the history of the suffrage movement as new documentation comes to light.” The diverse class of women includes African American women, women of a wide array of religions and gender expressions, and women from urban and rural communities across Maryland.

Ballot & Beyond is a dynamic 21st-century approach to telling an inclusive story that elevates the complex history of Maryland’s suffragists and their lasting legacy on empowerment and equality in the United States. It is one of the most visible projects of Preservation Maryland’s commitment to uncovering and sharing Maryland women’s history through the organization’s proactive Six-to-Fix program.

Go to Ballot & Beyond