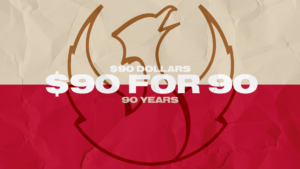 This month Preservation Maryland celebrates 90 years of historic preservation work. Although our core mission remains the same as when we started in 1931 – preserving Maryland’s unique and irreplaceable heritage – our work has adapted, our strategies have diversified, and our approach has modernized, allowing us to continue to solidify a future for those who seek to ensure the protection of our past 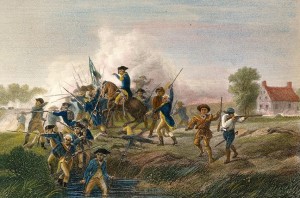 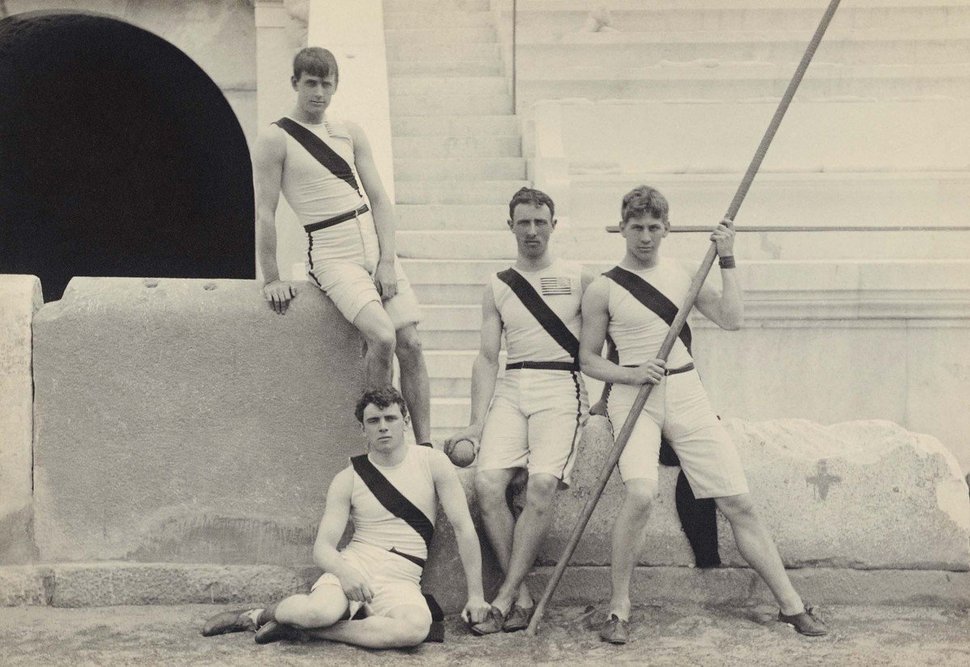 The Olympic Games are upon us and as the world turns its sights on Tokyo, Preservation Maryland wants to tell you about “the most amazing gold-medal story in Olympic history” – the story of Robert Garrett, a native Marylander and a former president of Preservation Maryland, who took home gold in the first modern Olympics in 1896. You have to read it to believe it! 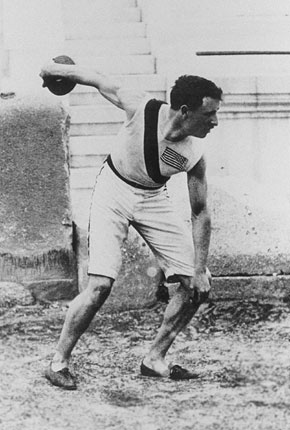 Robert Garrett, descendant of a prominent Baltimore family, was the 20-year-old captain of the track and field team at Princeton University when he was encouraged to participate in the revival of the Olympics by his professor of Classics, William M. Sloane. Dr. Sloane had attended the 1894 international meeting held in Paris to resurrect the ancient Olympic Games and was actively recruiting athletes to attend.

Reflecting on his experience years later, Garrett recalled: “Having noticed in the program the throwing of the discus, I decided in youthful fashion to have a try at it merely for the sake of competing in an event that belonged to antiquity…” [1] But, up to that time, the discus throw had never been part of track & field in the US, and the size and weight of the discus were unknown in America.

PREPARING FOR THE GAMES

So, in order to prepare for the event, Professor Sloane and Robert Garrett reached back into history by consulting 2nd-century Greek author Lucian’s works, and drawings on ancient Greek vases, to make an educated guess about the dimensions of the discus and how it was to be thrown. Lucien had described the discus as: “a lump of brass, circular and not unlike a small shield.” [2]

A Princeton blacksmith was contracted to create the discus, and the result was a 12-inch disc that weighed an incredible 20 pounds. But Garrett abandoned the idea of entering the discus throw after trying out the “unwieldy” 20-pounder and almost dropping it on his foot. [3]

JUST ONE (OR TWO) MORE OBSTACLES

When the US Team departed for Europe on March 20, 1896 aboard the North German Lloyd steamship S.S. Fulda, they were unaware that Greece still used the Julian calendar, not the Gregorian calendar used throughout most of Europe and the West. So, instead of arriving 12 days early, which would give them time to practice, they arrived in Athens on April 5, 1896, the day before the first day of competition. Garrett toured the Panathinaiko Stadium that afternoon and discovered a regulation discus that someone had left behind in the stands; it was actually only 8-inches wide and weighed less than five pounds. He resolved to give the event a try after all.

During the first day of competition, Garrett just barely made it to the finals, where he was pitted against the Greeks’ champion discus hurler. [4]

His first two attempts went wildly off course. But his third and final throw stayed true to its course and flew 95 feet and 7.5 inches, beating the Greek champion’s throw by more than 7 inches.  Garrett had won!

Overall, Garrett finished first in two events (discuss and shot put) and second in two others (running high jump and running broad jump) during those first modern Olympic Games. Then, in the 1900 Olympics in Paris, he placed third in shot put and standing triple jump.

Garrett returned to Baltimore after graduating from Princeton and joined his family’s banking firm, Robert Garrett & Sons. He was a lifelong collector of historic manuscripts and artifacts who believed passionately in the importance of preserving history. After the end of World War II, Garrett learned of the existence of a then-sleepy organization called the Society for the Preservation of Maryland Antiquities, whose name would later be shortened to Preservation Maryland. The organization had been founded in 1931 during a national effort to commemorate the bicentennial of George Washington’s birth in 1732. After this initial burst of enthusiasm, the organization’s activities waned during the Great Depression and the onset of the Second World War.

It was Robert Garrett who discovered that the dormant organization was still legally incorporated and that it had an open bank account. As a result of his personal enthusiasm for history and his belief in the importance of preservation, he single-handedly resuscitated Preservation Maryland and served as its president from 1945 to 1956. During this time, he laid the groundwork for advancing the historic preservation movement across all of Maryland and the organization began to grow into the institution that it is today.

When Garrett passed away in 1961 at the age of 86, he was the “Last first Olympian,” the last survivor of the US athletes who had traveled to the first modern Olympic Games. Today the Johns Hopkins University owns and operates Mr. Garrett’s childhood home—Evergreen House at 4545 North Charles Street, Baltimore —as the Evergreen Museum and Library, and Preservation Maryland honors Mr. Garrett’s legacy and love of historic preservation by continuing the Herculean effort of protecting the best of Maryland.

If you’ve been reading this with a measure of disbelief, know that Preservation Maryland consulted with Garrett’s grandson, James Garrett, and we are very appreciative of his guidance in sharing the amazing story and contributions of Robert Garrett.

Although his 1896 medals are listed in the record books as “gold,” the International Olympic Committee actually didn’t award gold medals in those days because the Greek King and his administration thought gold to be a crass metal, suggesting a payment to athletes, who were expected to be amateurs. So, in keeping with the traditions of the Ancient Olympics, the winners were instead awarded an olive wreath, plus a certificate and a silver medal.  Runners-up—second place finishers—were awarded a crown of laurel, a certificate, and a bronze medal. There was no award for third-place. [5]