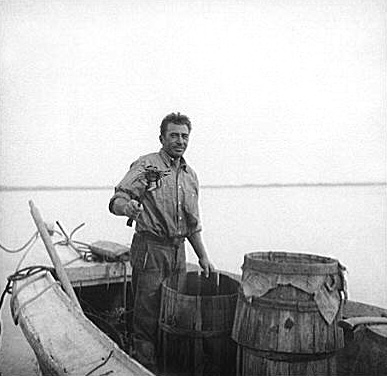 National Crabmeat Day: A Look at the History of Crabbing in Maryland

While Marylanders are well known for their pride in their state flag, they are also known for their love of crabs — and the Old Bay that they sprinkle on them. Crabs are a staple in Maryland. Boiled, steamed, broiled, sautéed. Crab soup, crab cakes, crab dip. There are many ways to cook crabs and incorporate their meat into dishes. The possibilities for enjoying them are endless. Why are Marylanders so obsessed with crabs? What is the history of crabbing in Maryland? Well, people in Maryland have been crabbing for centuries. 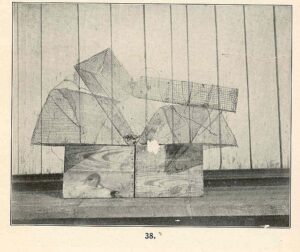 Blue crabs are native to the Chesapeake Bay region, so ever since the first European colonists arrived in Maryland in the 17th century, fishermen have been harvesting crabs around the various shores — for fun and for nourishment. While there was an abundance of arable land, seafood very quickly became a part of the everyday diet of those on the Eastern Shore. Seafood was plentiful. Thus, over the decades, commercial fishing and crabbing contributed more and more to Maryland’s economy. Thanks to new technologies like the trotline, it became even easier to harvest large numbers of crabs from the water. In 1878, companies began canning crabmeat, and the introduction of refrigerators on railroad lines allowed crabmeat to ship safely along the coast. Crabs grew in popularity. 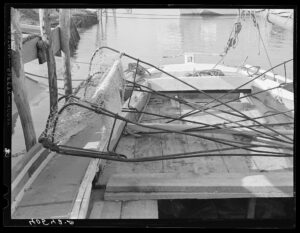 But with this interest in crabs came harm to the aquatic populations in the Bay. Fishermen were taking too many female crabs out of the waters too fast, and there was not enough time for the crab populations to reproduce. In 1943, Marylanders started using a new tool: the crab pot.

This technology allowed fishermen to harvest a substantial amount of crabs in one catch. The incorporation of the crab pot into the crabbing business led to a dramatic increase in harvests. Additionally, in the 1950s, recreational crabbing became popular. This activity pushed more people onto the water; as a result, blue crab populations decreased. This trend continued for decades. In the 1980s, crabs from the Chesapeake Bay accounted for over half of crabs harvested in the United States. By 2000, the Chesapeake Bay’s crabs only accounted for 28% of the country’s crab harvest.

Climate change, too, has contributed to a reduction in the blue crab population.

Rising temperatures due to greenhouse emissions harm the Bay’s ecosystems. According to the U.S. Geological Survey, average stream temperatures in the Bay have increased by 1.1°F over the last 60 years. Warmer water damages the eel grass, the plant where the blue crabs make their homes. Additionally, climate change has led to more severe storms, which dump high amounts of eroded soil and polluted runoff into the Bay; more soil and chemicals in the water affect oxygen levels in the water, which in turn harms the Chesapeake’s crabs, fish, and plants. Finally, rising sea levels also threaten the Bay. Sea-level-rise destroys the wetlands and shores along the Chesapeake. Rising tides can also affect coastal towns.

RELATED: As a result of the rising water levels, as part of our Historic Property Redevelopment Program, Preservation Maryland is taking on a leading role in a dynamic climate resiliency project at City Dock in Annapolis, Maryland. There, Preservation Maryland will oversee the stabilization and elevation of the historic Burtis House

However, while overharvesting and climate change have caused numerous problems, Marylanders have worked hard to combat the dwindling crab populations. 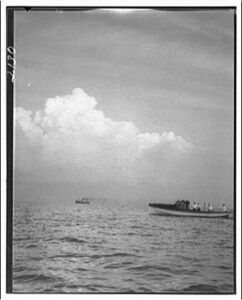 In 1880, Maryland placed restrictions on the harvesting of blue crabs. In 1912, a conservation act passed in Maryland mandated that Maryland and Virginia work together to protect the crabs in their waters; this act put costs on using boats and required individuals to obtain crabbing licenses before they could go crabbing. In 1916, Maryland approved crab dredging laws to limit dredging in the Bay, hoping to protect the ecosystems at the bottom of the water. And in 1983, the Environmental Protection Agency signed the Chesapeake Bay Agreement with the intent to convince states in the Bay’s watershed to work cooperatively and clean up the water.

Now there are even more efforts to protect crab populations in Maryland. The Chesapeake Bay Foundation is actively working to protect wildlife in the Bay. In 2008, the group composed fishery guidelines to manage blue crab populations. In 2010, the Chesapeake Clean Water Blueprint was created, which aimed to have states in the watershed significantly reduce the polluted runoff from their farms and cities draining into the Bay. The foundation is currently trying to restore grass beds and oyster reefs. These are actions that have positively impacted our Bay. In fact, in 2021, the female blue crab population increased from 141 to 158 million.

REALTED: Our advocacy team is currently working on the Environmental Rights Constitutional Amendment, a proposed amendment to the Maryland Constitution; if passed, the law would establish that “every person has an inalienable right to a healthful environment, including the right to clean air, water, and land, a stable climate, and the preservation, protection, and enhancement of ecological, scenic, and historic values of the environment.”

As an organization our work is about protecting Maryland’s physical history and the intangible cultural heritage. We value the impact of the Chesapeake’s blue crabs – part of Maryland’s culinary  indentity – and note the importance of crabbing and preserving the remaining crab population in Maryland. Happy Crabmeat Day from the Blue Crab State!

Casey, Jim. “A Short History of Commercial Fishing in the Chesapeake Region.” 2014.

Collections and University Archives: University of Maryland Libraries. May 25,