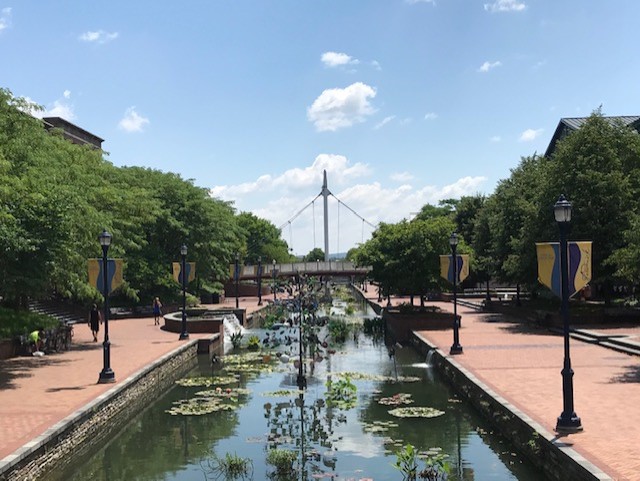 In the second blog post of the Maryland road trip series, travel experts Jeff and Diane navigate nature in Frederick County. Their approach was to be outside as much as possible, seeking out trails, rails and different parts of history, preservation and adaptive reuse that they did not see or explore deeply on their first go round the state. The other part was trying not to pack too much into a one-day adventure, but slow down a bit to enjoy. So off they went!

Given the way our lives have changed with COVID-19, my husband Jeff and I thought we would revisit the counties from a lens of being outside, while still weaving in history, preservation, adaptive reuse and ways to eat and shop local. So off we went to Frederick County as our second county to explore. 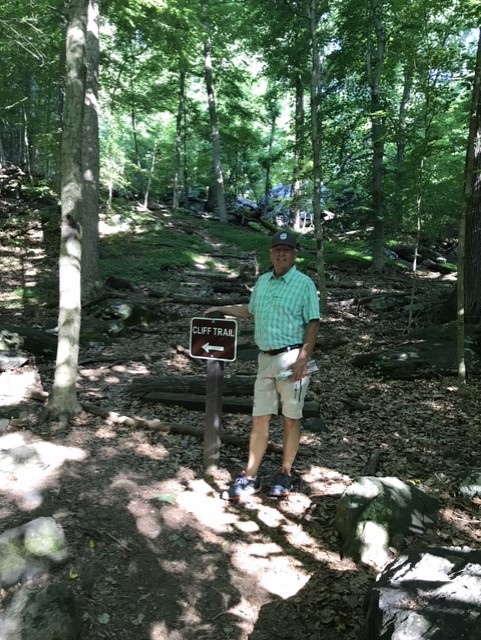 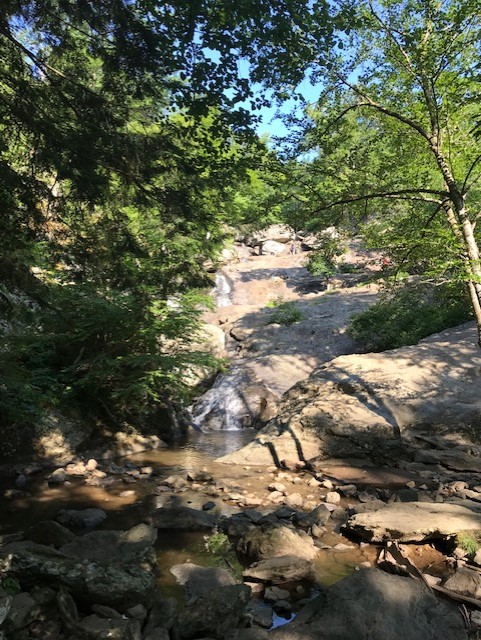 Cunningham Falls State Park has a 78-foot cascading waterfall in the Catoctin mountains. Native Americans used the area for hunting and fishing, while early European settlers cleared the forests for charcoal to power the Catoctin Iron Furnace. The federal government purchase the land in the 1930s and used the Works Progress Administration and Civilian Conservation Corps to construct the recreational park. The northern portion is part of the National Park Services and the southern portion was transferred to Maryland as Cunningham Falls State Park. We opted to take the Cliff Trail, with a bit of a steep climb, which allowed us to see some amazing rock formations. The falls were beautiful, and I can see why people would linger here just to watch and listen. 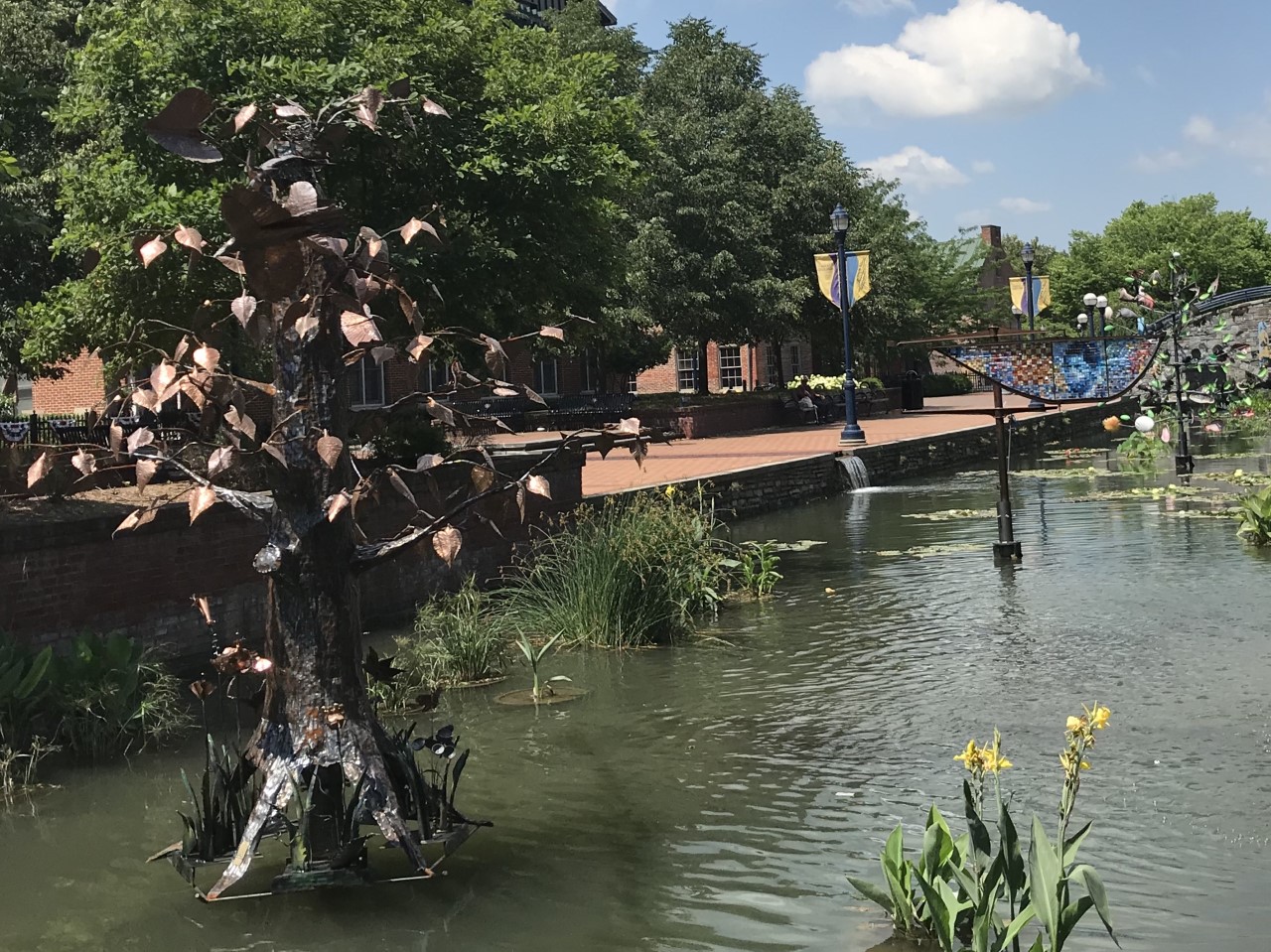 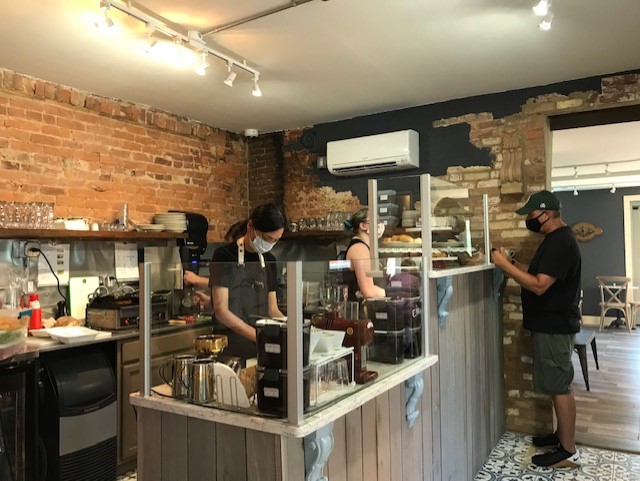 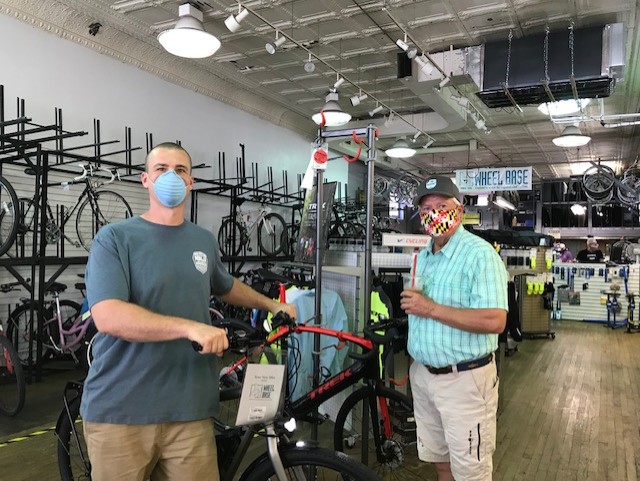 We headed into Frederick, to walk around the historic downtown, the Carroll Creek Park and find somewhere for lunch. We got coffee to go at Ibiza Café, went into Wheel Base Bikes and got some advice on what kind of bikes we should buy in the future, and a final stop at Crème de la Crème to support shop local. Further down on Market Street, we were able to enjoy a lily pad water garden and kinetic sculptures in the Carroll Creek Linear Park. The park was created as part of underground flood control project to manage stormwater after two devastating floods in the 1970s. 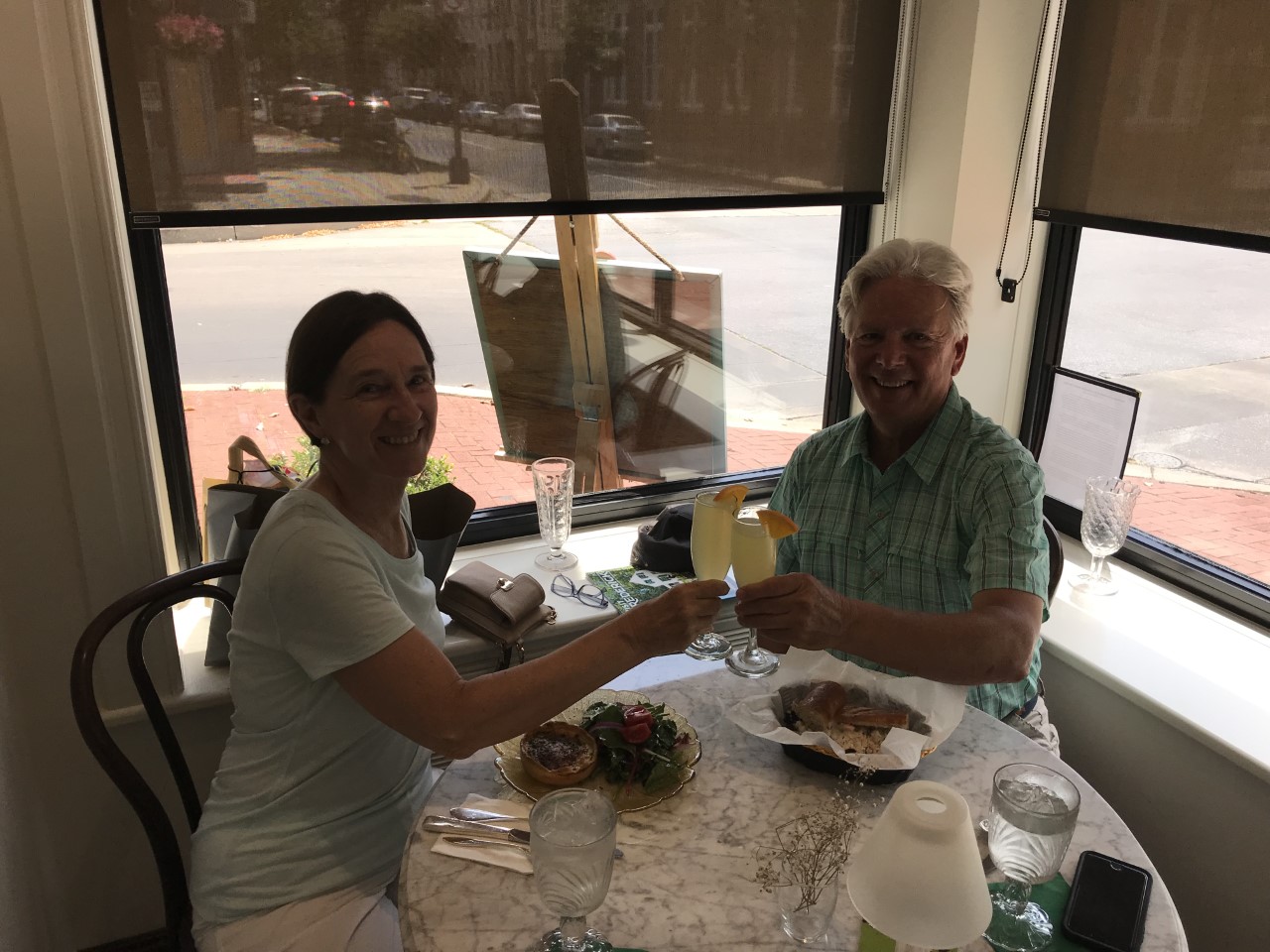 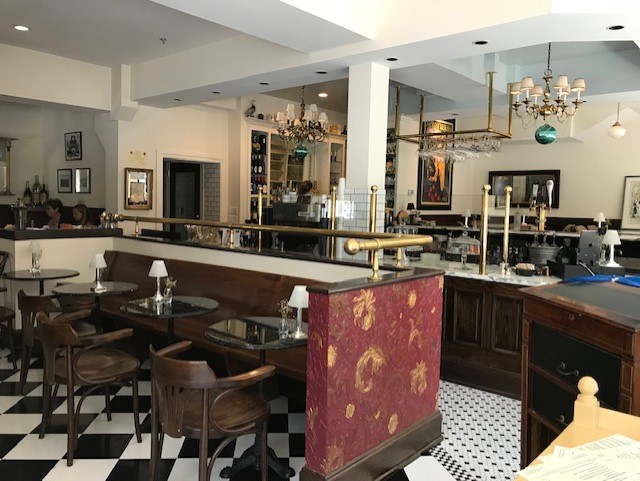 In our travels we have had the luck of meeting some amazing people that uniquely enrich our adventure. As it happened, my husband chose Up On Market for lunch, and the co-owner, Francis Skrobiszewski, captivated us with his story of the building. It began as a residence around 1778, owned by Richard Potts, a Revolutionary War hero. Its next incarnation was the “Glove Inn,” followed by a dry-goods store, and finished its past life as a clothing and costume jewelry store with apartments above. Interestingly enough it was included in the Maryland Registry of State Historic Sites in 1975 and cited as the oldest commercial building in Frederick. Francis and his wife, Michele Fontaine, purchased the building in 2013 to create a European-style bistro and inn.

It was clearly a labor of love and determination to bring the building to code, save the best of its history, and infuse it with an ambiance that will keep people coming back. The meal was delicious, the real silverware made it feel special, and a place that makes you want to slow down and enjoy the moment. Francis captivated us with the amazing and attention to detail story behind what it took to completely renovate the building. We came away with deep appreciation of his and Michele’s combined role in preservation and adaptive reuse of an important building in Frederick. We will definitely be back! 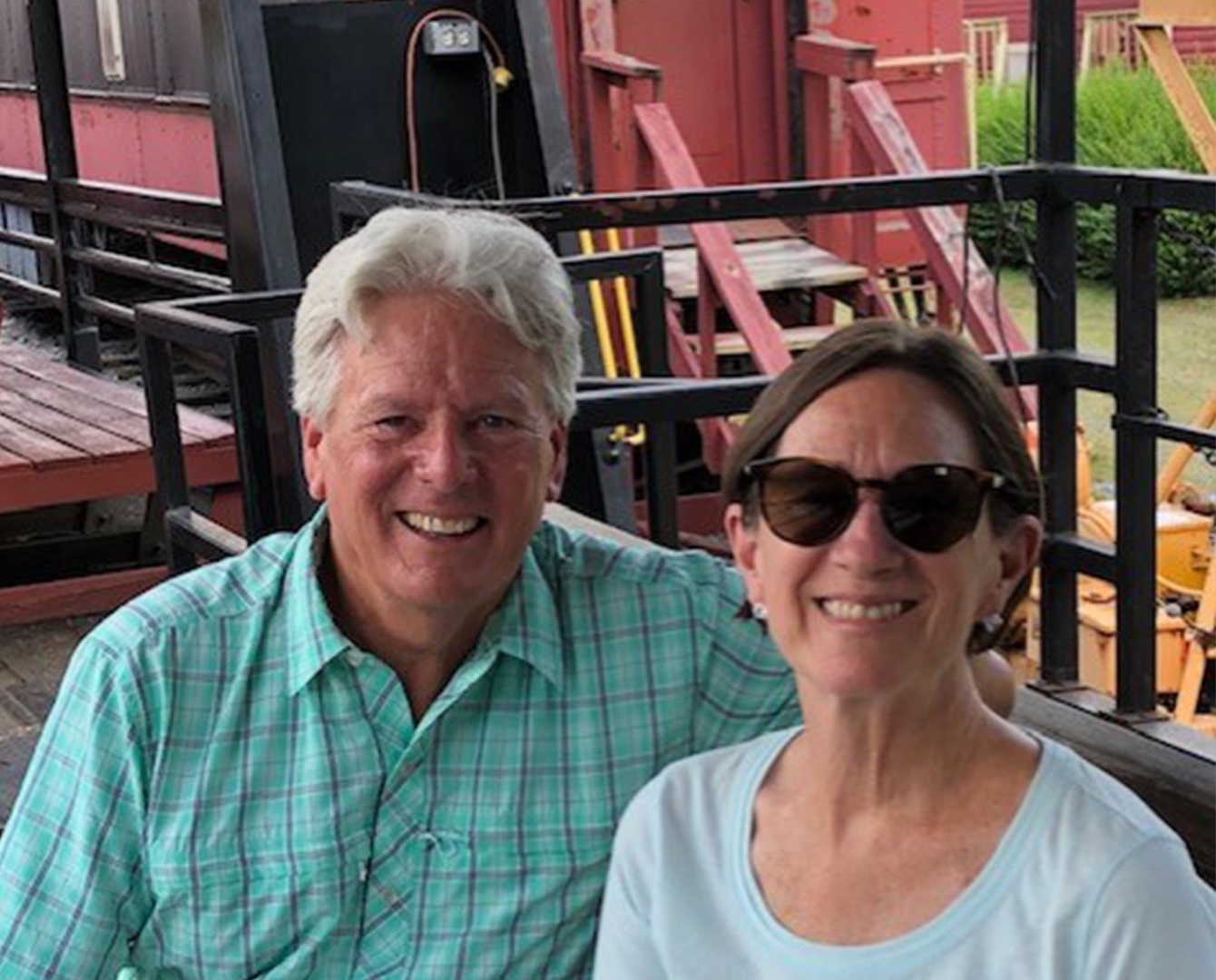 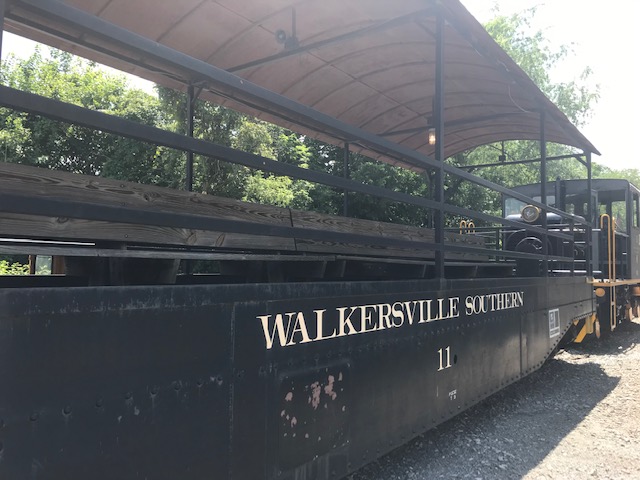 Next stop on our adventure was a ride on the Walkersville Southern Railroad.  We chose the open flat car right behind the engine for the hour ride that took us over the Monocacy River, along housing developments and scenic farmland.  The tracks were originally built in 1872 and ran from Frederick to the Pennsylvania line as a freight train, serving the lime kiln nearby and area farmers.  Hurricane Agnes washed out the original bridge over the river. Volunteers began restoring the tracks in the 1980’s, with a new bridge built in 1996.  A slow-moving train was just the ticket to ride on a hot day. 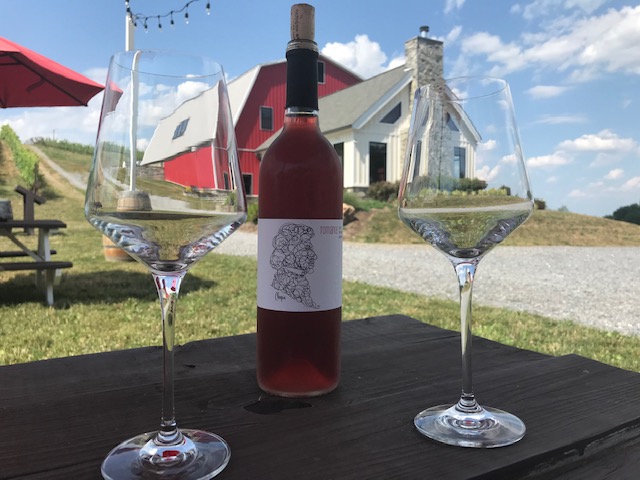 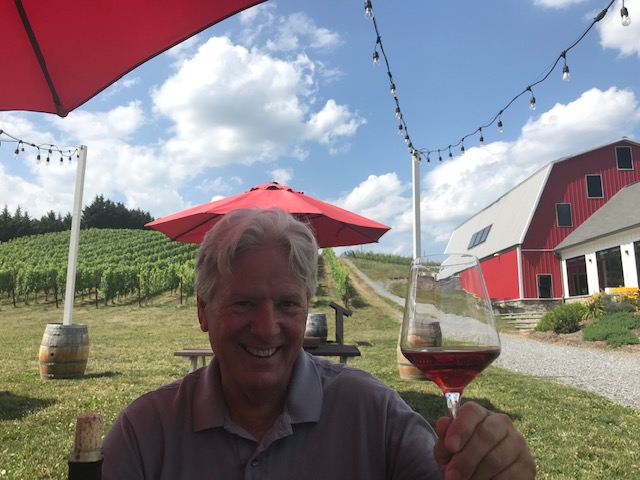 Finally, our treks are not complete without a stop at one of Maryland’s wineries, breweries or distilleries. We headed back north towards the Catoctin Mountains and arrived at Catoctin Breeze Vineyards. It had some great outdoor seating, a pretty Rose to drink, a food truck and afternoon music.  What a great find and nice way to end our day.

We always are discovering something new in Maryland and hope you enjoyed this stop on our adventure.