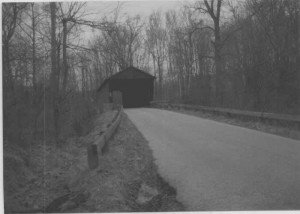 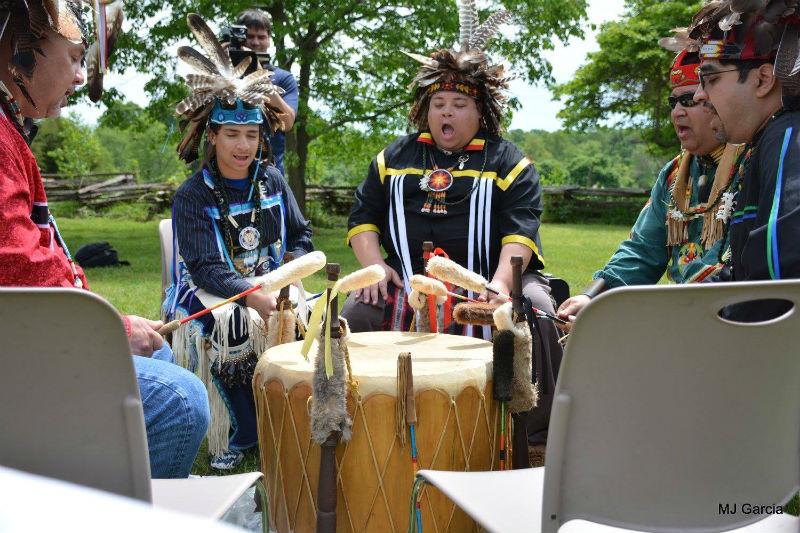 Specifics of the music of Maryland earliest people have largely been lost, because in its time nearly all Native American music was remembered through an oral tradition, passed down from person to person and not written. Yet, there is still plenty that can be learned from material records and written reports of early Europeans about what the music of the first residents of this land sounded like.

Music for pre-Colombian Marylanders was based on two main types of instruments, percussion and the human voice.

The percussion instruments could be either drums made by stretching animal hide over a wooden frame to create a vibrating membrane, or different variations of rattles made by sealing seeds or small rocks into hollowed out wooden instruments. The main type of drum was several feet in diameter and played by a group who all sat around the drum in a circle and played together – that unit of people is called a drum.

Individual drums were less prominent, but displayed their own fascinating techniques. Water drums were made by partially filling a wooden or clay frame with water and then plugging the hole, and allowing the hide membrane to get wet when playing. These water drums allowed the individual to customize the pitch and timbre, the unique sonic qualities, of their instrument to fit the needs of the moment. Wood and animal bone flutes were also present, but not as commonly used.

As with all stages in the music making process, the construction of instruments held significant symbolic meaning that varied among the different tribes. For example, for some modern members of the northeast Maryland and Delaware Lenape tribe, oral tradition maintains that the way the leather ties that secure a drum head form a seven-pointed star is an important symbol representing their ancestors.

Based on contemporary observations we know that singing, dancing, and drumming were usually combined into one event. Based on the songs and traditions we have today that have survived through oral history, we can gather that participants gathered in a circle, with the dancers in the middle and the main drum, again, with multiple musicians, was off to the side.

Stylistically, we know that the melody of songs tended to descending, with each section of sung music starting high and ending low. Singers in the Eastern Woodlands culture in particular tended to use a call and response style of singing, in which a leader will sing a line, followed by a repeated chorus from another singer, or group of singers.

Another stylistic element we know based on modern tradition is that songs usually had a lot of vocables, that is, specific sung syllables that were not part of any language, and were intended to be purely emotive.

Traditional music of the Eastern Woodlands people was also all about dance. One dance that can historically be traced to the Eastern Woodlands tribes is the Stomp Dance. In the video above you can see a male leader begin the dance circling around the center where traditionally there would be a fire, and he is followed by an alternating line of women and men creating a spiral shape. The leader of the dance also leads the song, singing in a call and response style with the rest of the dancers. The rhythm is maintained by stomping and by the use of rattles, some hand held and some tied to the ankles of dancers. In a traditional Stomp Dance ceremony, the leader would switch out between songs so that the dancing could continue from night until morning.

EXPERIENCE THESE TRADITIONS YOURSELF

Today the music of Maryland’s Native People is still celebrated around the state through drums and dance competitions at pan-tribal pow wows. The pan-tribal pow wow movement has blended the culture of First Nation Peoples from across the continental United States and Canada over the last several decades. While this has merged elements of groups that had little to no contact before Europeans arrived, it has also created a space where Native American culture can be celebrated and shared with anyone and everyone who might be interested.