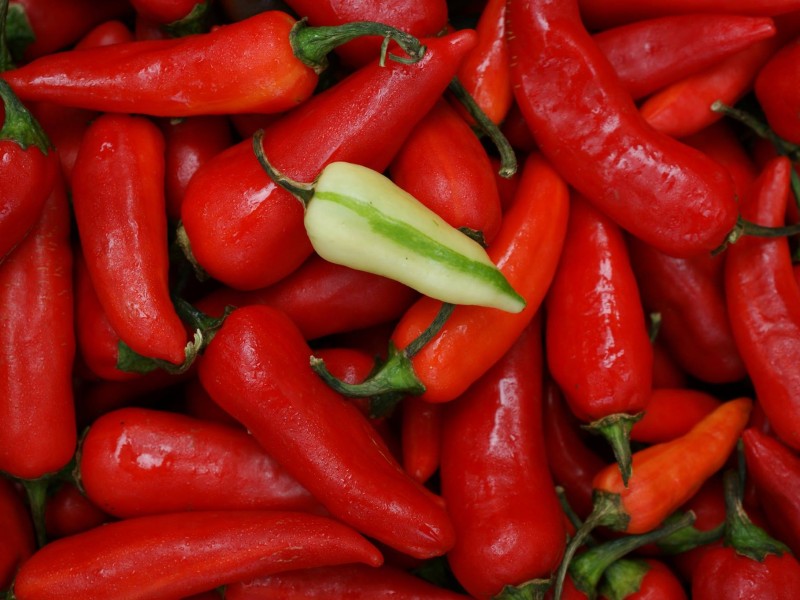 Historically grown by enslaved Africans in the Baltimore and Chesapeake regions, the fish pepper was forgotten for nearly a century; absent from Maryland recipe books and impossible to find growing in the ground. Here’s the story of its rediscovery:

What is a fish Pepper?

A fish pepper is a small, striped pepper that has green and white leaves, and stripes that go from white and green to red and brown when ripe.

FROM A FOOD HISTORIAN

Michael Twitty is a food historian and author of the blog, Afroculinaria, who uses foodways as a stepping stone to explore the history of enslaved Africans in America. The fish pepper played a role as an effective remedy to the common ailment of worms. Twitty came across the fish pepper in a plant store, where it was labeled, “Thai pepper.” When he later saw the pepper labeled “African” in a horticulture book, he realized what had happened. As he explained on the Southern Foodways Alliance podcast, Okracast, it is a common thread in food history to rename plants and foods to hide their African origins.

Twitty’s discovery was only made possible by another story of fate. The answer lies with William Woys Weaver, a farmer in Pennsylvania, whose grandfather was an avid beekeeper. The African American painter Horace Pippin approached Weaver’s grandfather seeking bee stings as a cure for an old arthritic war injury. In exchange, Pippin offered fish pepper seeds. After his grandfather passed, Weaver discovered the seeds at the bottom of a freezer. He decided to plant them and posted on the website Seed Savers Exchange, where he quickly realized how rare they were.

Twitty explains that as the African American population distanced themselves from jobs involving farming and cooking and sought more modern careers, the fish pepper disappeared. After Weaver’s discovery, the pepper made its way back into gardens and onto menus throughout the state.

WHERE TO TASTE FISH PEPPER

Those hoping to taste this piece of Maryland history can enjoy it in meals at the popular Baltimore restaurant Woodberry Kitchen or straight from the bottle in their Snake Oil hot sauce. Baltimore-based Peabody Heights Brewery offers up an Imperial Stout with fish peppers.

You can buy fish peppers straight from Baywater Farms in Salisbury, Maryland and, of course, you can grow your own fish peppers, When those pop-up, here’s a recipe from William Woys Weaver for fish pepper salsa.