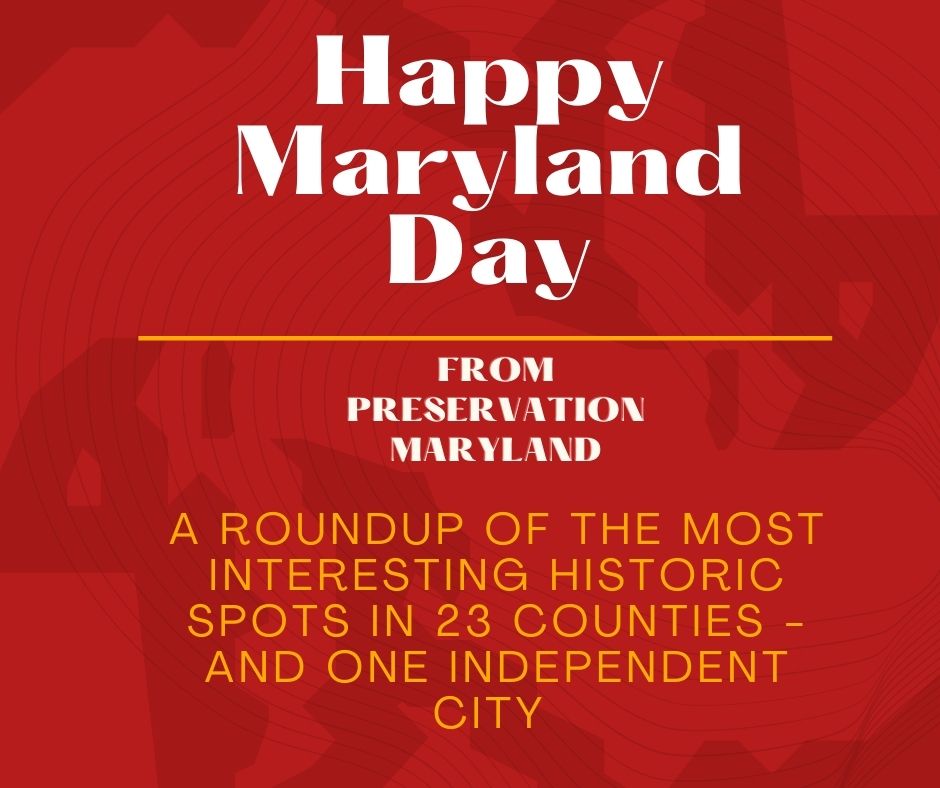 Maryland Day: A Roundup of the Most Interesting Historic Spots in Each County

Maryland Day is the anniversary of when the first European settlers landed in Maryland. They disembarked from ships called the Ark and the Dove and landed on St. Clement’s Island in St. Mary’s County on March 25th, 1634. Marylanders began celebrating the anniversary in 1903 when the State Board of Education declared the day an important one in Maryland’s history. In 1916, Maryland Day became a legal state holiday. Today Preservation Maryland is celebrating Maryland Day by featuring our state’s 23 counties and one independent city. Read below for a unique historic place to visit in each county. 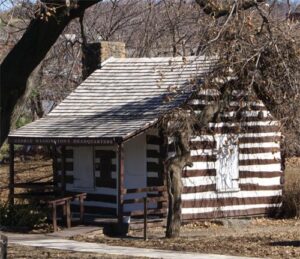 London Town was founded in 1683 as the seat of Anne Arundel County. Buildings and businesses opened up as the town grew during the colonial era. Today, visitors to London Town in Edgewater can tour the William Brown House, Carpenter Shop, Lord Mayor’s Tenement, kitchen garden, ropewalk, and tobacco barn. 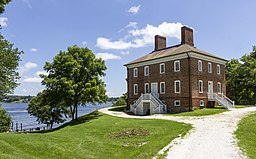 Anne Arundel County is also home to the Burtis House, the last remaining waterman’s cottage in Annapolis. As part of our Historic Property Redevelopment Program, Preservation Maryland is taking on a leading role in a dynamic climate resiliency project at City Dock, overseeing the stabilization and elevation of the historic structure.

The Edgar Allan Poe House and Museum is a National Historic Landmark. Visitors can tour the home of the acclaimed Baltimore poet by appointment only. The house is expertly preserved as the original fabric that lined the walls from when Poe lived there (1833-1835) still remains. Exhibits in the house speak about Edgar Allan Poe’s life and death in Baltimore. 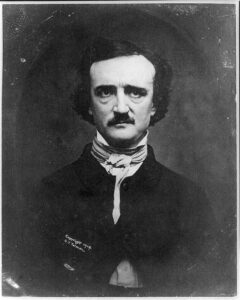 Located on Oella Avenue in Baltimore, the Benjamin Banneker Historical Park and Museum tells the story of Benjamin Banneker, a sixteenth-century mathematician, astronomer, abolition advocate, and much more. He is oftentimes considered the first African American man of science. There is a colonial log cabin, restored 19th-century farmhouse, and herb garden in the park. 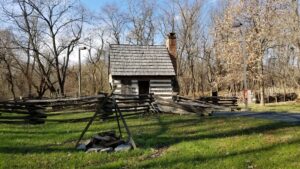 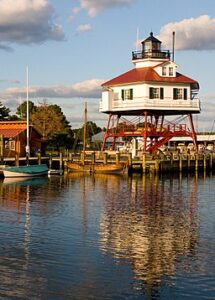 This museum exhibits the history of the Chesapeake Bay as it relates to the Calvert County area. It has displays on the first Indigenous Peoples’ interactions with the water, the colonial settlers’ impact on the land, and tools used by the various inhabitants of the region over the years. 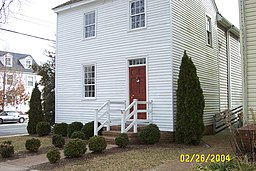 This museum, located in Denton, discusses the significance of agriculture in Caroline County’s history. There are four historic houses that visitors can explore: the Taylor-Brown House, Painter’s Range, Chance’s Desire, and Skillington’s Right. All the houses were built towards the end of the eighteenth century.

Also called the Carroll County Farm Museum, this historic farm consists of 15 houses. While some of the buildings were used for residence, others were used as a blacksmith, a smokehouse, and an ice house. The Almshouse was founded in 1852 and the Farm museum opened in 1965. Visitors can find this historic farm complex in Westminster, Maryland.

The Thomas Stone National Historic Site — also called Haberdeventure — was home to Thomas Stone, a signer of the Declaration of Independence. Stone bought the plot of land in 1770; construction of a house began soon later. The house was occupied by the Stone family until 1936 and became a National Historic Landmark in 1971. Guided tours of the site are available on Thursday, Friday, Saturday, or Sunday. 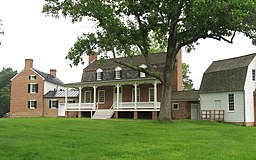 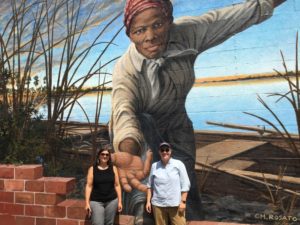 This museum is a tribute to Harriet Tubman and her life. Located in Cambridge, Maryland, the museum tells the story of Tubman’s courage and bravery as she operated on the Underground Railroad. It also houses a beautiful mural of the abolitionist. The museum is open Thursday through Sunday. 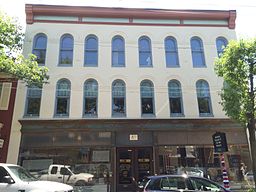 Located in Frederick, Maryland, the National Museum of Civil War Medicine displays the tools and practices used by doctors and nurses during the Civil War. The museum came about after husband and wife Gordon and Karen Dammann collected civil war artifacts for many years. They later turned their collection into the museum that now exists in Frederick County; the doors were first opened to the public in 1996.

The James Drane House, which resides in Accident, Maryland, was constructed in 1798 by Colonel William Lamar. It was the first log structure built in the town. The Colonel gave the house to his sister Pricilla and her husband, James Drane, both of whom were the first settlers in Accident. The James Drane House was last occupied in 1952, and in 1985, it entered the National Register of Historical Places. Reconstruction began soon after and the dedication for the restored house was held on September 24, 1994. Tours of the James Drane House are available by appointment. 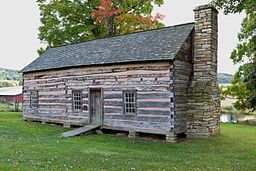 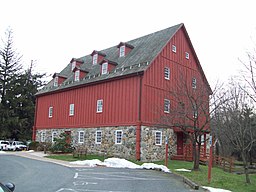 The Historic Jerusalem Mill Village is located in Kingsville, Maryland. The village consists of Grist Mill, Miller’s House, Blacksmith Forge, Tenant House, McCourtney’s General Store, Jerusalem Mansion, Bank Barn, Springhouse, two-story Smokehouse/Dairy, and another residence. All the buildings were constructed in the eighteenth and nineteenth centuries and were once run by a Quaker community.

Located in Historic Ellicott City, this museum details the history of fires in Ellicott City. It explores how firemen fought fires in the late nineteenth and early twentieth centuries. The original firehouse was built in 1889 for $500, and over the years, the building moved. It became a museum — thanks to the efforts of numerous groups — in 1991. 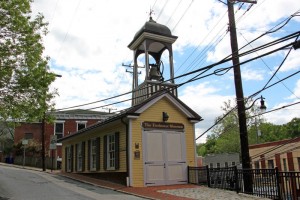 The mission of the Massey Air Museum is “to preserve for public enjoyment and education the history of small town grassroots aviation in the United States.” The museum resides in Massey, Maryland. There are many small aircrafts that visitors can examine, and planes are flown at the airport outside the building even today. The museum also restores antique aircraft.

Spanning 184.5 miles, the C&O Canal National Historic Park is open year-round to visitors. The canal was one of the first large-scale civil engineering projects in the country. The park has been open for more than 50 years, after President Eisenhower made it a National Monument in 1961. There are ample opportunities for hiking, walking, touring, and learning at this historical park. 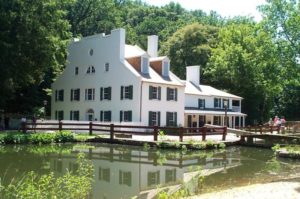 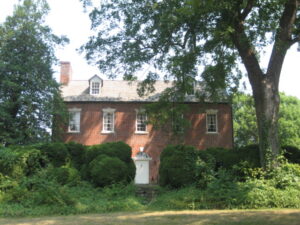 This house once belonged to Supreme Court Justice Gabriel Duvall and is located in Glenn Dale, Maryland. The museum exhibits the history of multiple generations — both free and enslaved — spanning from the Federal Era to the Civil Rights Era. The grounds and library are open to the public. The mission statement of the group is to nurture “social justice advocacy through understanding current social inequities and their historical origins.”

Located in Chester on Kent Island, this house was once home to James E. Kirwan, a Maryland State Senator. Kirwan served from 1900 to 1908. The house, with the store next door, was the middle ground for trade as coal and lumber were transported through the Chester and Dominion communities to other locations. Kirwan’s granddaughter granted the house to the Kent Island Heritage Society. The house now runs as a museum.

This museum resides on the island where the first European settlers arrived in Maryland. The St. Clement’s Island Museum tells the history of the English settlers who left Europe to escape political and religious persecution; it also tells the story of how the First Lord Baltimore led those settlers to make a colony. Also detailed is the passage of the Ark and Dove as the two ships sailed across the Atlantic to reach Maryland. The museum is open daily. 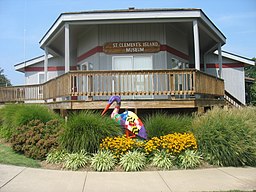 Located in Princess Anne, Maryland, Teackle Mansion is a nineteenth-century estate. Built in the Neoclassical style, the mansion housed some of the wealthiest individuals on the Eastern Shore. The venue is mainly used for weddings and meetings, but visitors can still tour the mansion on the weekends to get an understanding of the life lived by the wealthy eighteenth-century inhabitants. 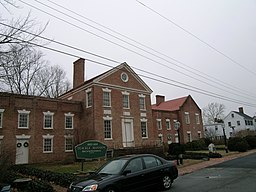 The CMM exhibits the history of America’s automobile innovation. The museum resides in St. Michaels, Maryland. Unique automobiles displayed in the museum include a child-friendly 1931 American LaFrance Firetruck, a 1917 Maxwell, a 1969 Boss 429 Mustang, and much more. The Exhibit Barn, which houses the cars, was completed in 2014. 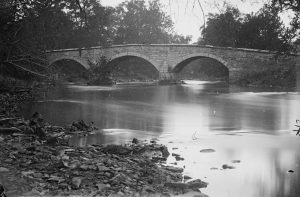 The Antietam National Battlefield resides in Sharpsburg, Maryland. It was the location of the bloodiest day of battle during the Civil War. Visitors to the battlefield can hike some of the various trails or learn more about the history of the war by touring the Pry House Field Hospital Museum, Dunker Church, or National Cemetery.

Washington County is also home to our Historic Property Redevelopment project 417 North Jonathan Street, a historic circa 1830s small log home in the heart of the historic Jonathan Street community of Hagerstown.

A public property of Salisbury, Maryland, the Poplar Hill Mansion is a historic house and museum. Poplar Hill is a remnant of eighteenth-century Salisbury, as the museum exhibits different artifacts from the Federal Era. The Keeping Room, the Parlor, the Smokehouse, and Dr. Huston’s Surgery room are but some of the rooms available for tours. Poplar Hill is open from Friday to Sunday. 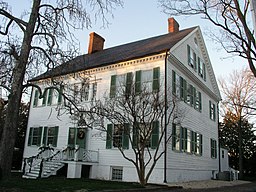 Reopening April 1, 2022, the Furnace Town Historic Site encompasses the Nassawango Iron Furnace. The furnace was used by miners, sawyers, colliers, molders, draymen, and bargemen in the early 1800s. The town granted jobs to hundreds of workers at the furnace. Although the site decayed in the subsequent decades, restoration began in the 1960s. A group called Furnace Town Foundation Inc. was formed in 1982 to run and manage the historic site.