Journey Through Maryland History: Exploring the Greenery of Garrett County

On the half-way point of their quest to visit all of Maryland’s twenty-four counties, Preservation Maryland supporters Diane and Jeff Caslow, explore the beautiful scenery and state parks of Western Maryland in Garrett County.

Our twelfth county on our twenty-four month adventure to explore each of the counties in Maryland was Garrett County – marked the halfway point! As we were going on Preservation Maryland’s kayak tour of Antietam Creek the next day, this was our first overnight stay. Our county adventures are planned to see what we can cover in a single day. 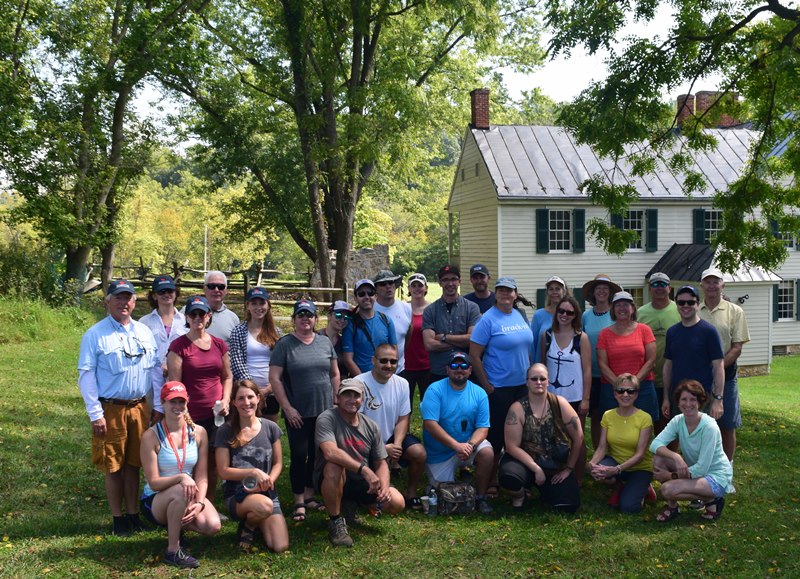 Antietam Creek Kayak group on the 155th anniversary of the battle.

After a nearly three hour drive from Baltimore, we were looking for our first stop in Garrett County – should we trek out into one of the County’s many park or seek out FireFly Farms Creamery & Market in Accident? We were happy that we chose the creamery! We were treated to a wonderful tasting, viewing of the cheese room and knowledgeable staff explaining the history and nuances of the cheeses. We walked out with a nice selection to carry us through the rest of the day’s adventure.

We drove south and decided to stop at Deep Creek Lake State Park, and saw why it is a favorite vacationing spot for lake-lovers and skiers sitting next to Wisp Mountain. At Wisp Resort, we were told of a man-made white water park on top of the mountain, so we took a detour to see for ourselves. The views of the mountain ranges were spectacular, but watching some of the rafts take the man-made rapids was pretty cool too. 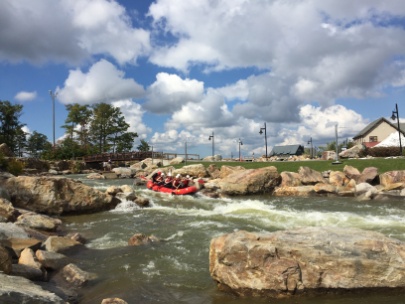 We drove further south to Oakland, the county seat, and explore the historic district. There is a beautiful B&O railroad station, now the Oakland B&O Museum, and a number of Victorian era buildings on the main street of town. We had lunch and browsed the shops and wound up peeking in the Garrett County Historical Society. Once inside, we knew we hit a treasure trove of history from the area. It was pretty amazing for such a small town to have amassed such a varied collection from railroad memorabilia and rural life, to china from popular turn of the century hotels that dotted the area; now since vanished. 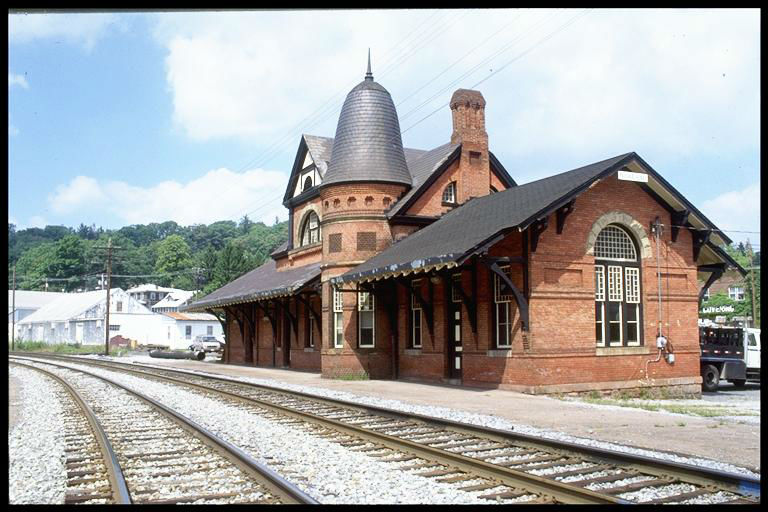 From Oakland we drove through Deer Park and find, off the beaten path, the sign for Simon Pearce, known for their high-quality glass. Their headquarters are in Vermont, but they created a second location in what was an old Bausch & Lomb factory reborn into a glass blowing factory and showroom. We were able to watch the glass blowing process from start to almost finish, from the blob of hot glass blown and shaped into a beautiful vase. Of course, we could not leave without some small, or that is, rather large purchases to give as gifts and enjoy ourselves.

Backtracking north and west across the Youghiogheny River, we arrived at Swallow Falls State Park. It has one of the oldest preserved stands of hemlock trees in the area, and an easy hike through the woods and along the falls. Sometimes we think of preservation as only buildings or homes, but preserving landscape allowed us to see what generations before us and in the future have and will be able to explore as we did. Bonus was the ice cream truck from Lakeside Creamery in Deep Creek, serving up a delicious treat on a hot afternoon. 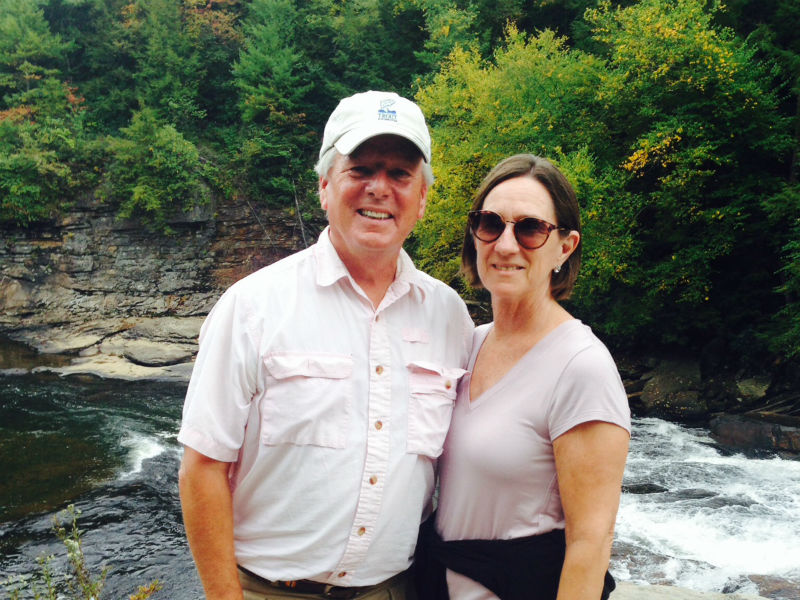 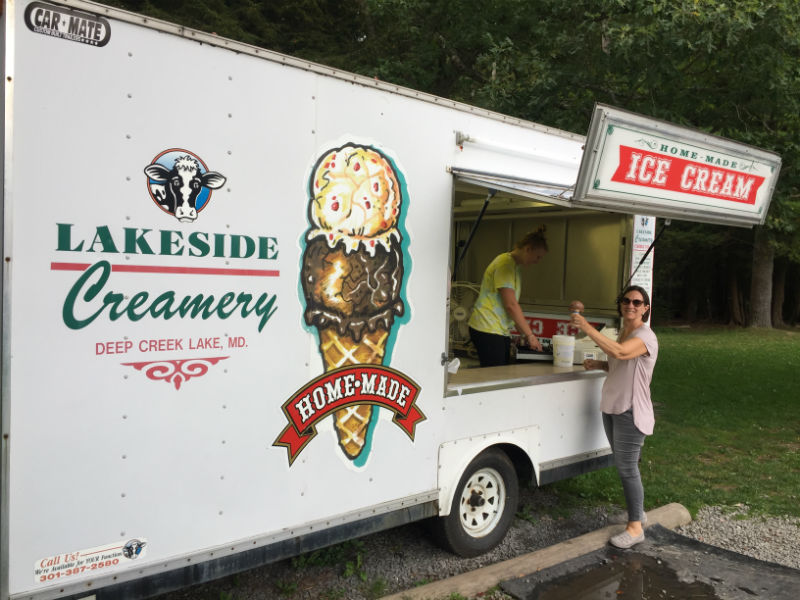 We headed to the town of Mountain Lake Park and took a driving tour of what was a summer resort in the 1880s of the Chautauqua movement in Maryland. It was an adult education movement in the United States, highly popular in the late 19th and early 20th centuries, spreading from upstate New York to many communities. It featured speakers, teachers, musicians, entertainers and preachers. Many of the homes, the original ticket booth to the large theater and clay tennis courts are well preserved and included in the National Register Historic District. 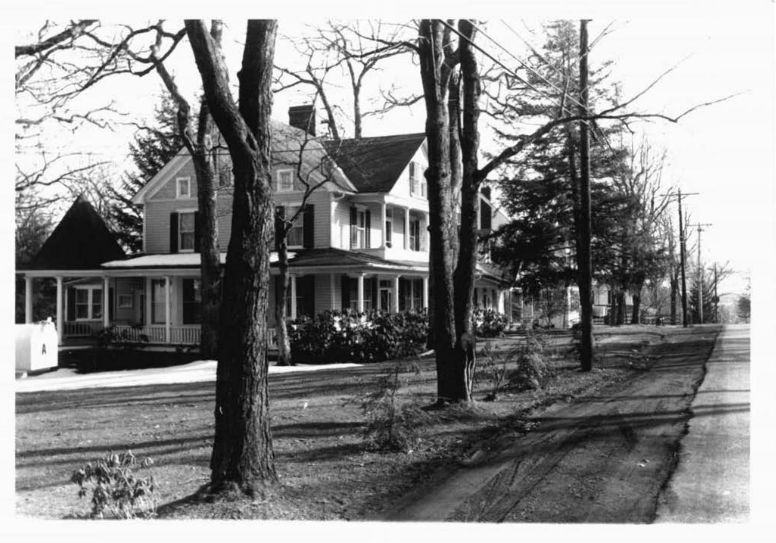 We finished our day by staying at the Deer Park Inn, built in 1889 by Josiah Pennington, a Baltimore architect, as a summer cottage on what was the grounds of the Deer Park Hotel (demolished after fire in 1944). The inn owners, Pascal Fontaine, the Inn’s executive chef and his wife, Sandy, both originally from France, and have been operating the Inn for over twenty years. They offer up their hospitality, amazing French cuisine in a beautiful setting and a full dining room on Saturday night. 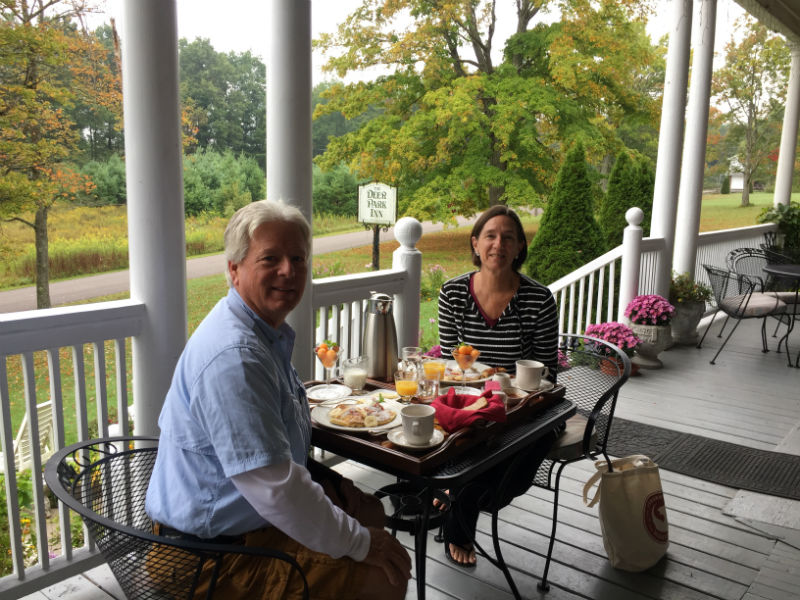 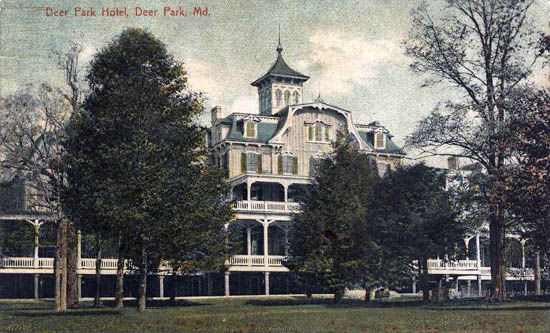 As we climb up the stairs to bed, we hear a distant train, that we imagine a hundred years ago, brought people to this remote part of Maryland to enjoy the fresh air of the mountains, spectacular dining and sweet dreams.

Next month we head over to the Eastern Shore to Kent County.