On the Bay sits a historic beach community founded by the youngest son of activist and abolitionist Frederick Douglass as a resort town for the African-American community. Incorporated as a year-round town in 1922, it is still home to many descendants of the original residents.

While visiting the beach resort of Bay Ridge in Anne Arundel County, Charles Douglass, youngest son of activist and abolitionist Frederick Douglass, and his wife were turned away from a restaurant because of the color of their skin. With the intention of creating a community that was free from segregation and racial injustice, they purchased 40 acres of farm land also on the Cheseapeake, and founded the town known as Highland Beach. Only 28 years after the end of the Civil War, in 1893, there was an active community of prominent African-Americans on the Chesapeake. According to Charles Douglass himself, he took pride in the fact that he was able to circumvent “restrictive property covenants…that prevented the sale of real estate to blacks and other people of color.” 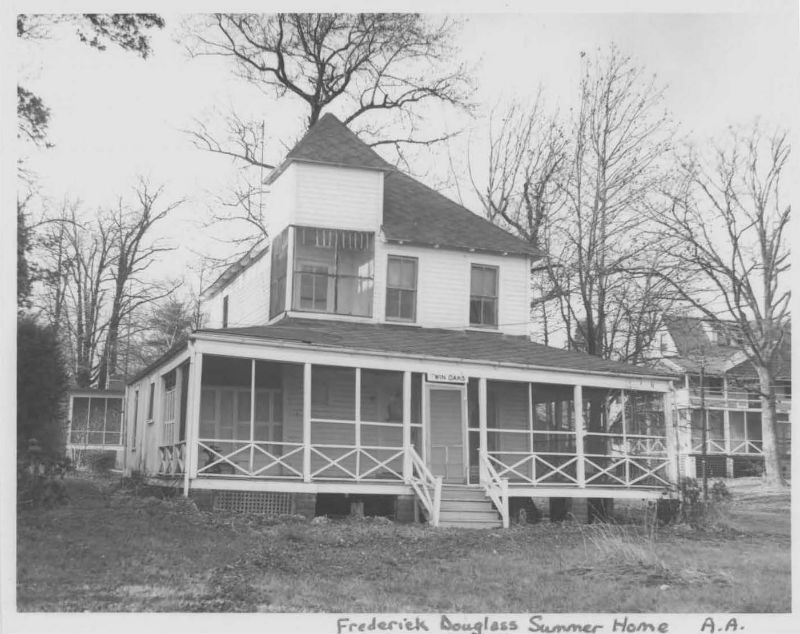 Charles Douglass built two homes in the community, one for himself and his family, and another two-story Queen Anne-style home with a beautiful view of Kent Island, the Chesapeake, and the Eastern Shore. This second home, known as “Twin Oaks” was designed by and built for his father, Frederick Douglass, although Douglass died before it could be completed. He hoped that “as a free man, [he] could look across the bay to the land where I was born a slave.”

Incorporated in 1922, Highland Beach was the first African American municipality in Maryland, and functions with an all-volunteer government. Today, it is one of the few remaining African-American beaches in the state. After the Civil Rights movement and desegregation, interest in Highland Beach waned and visitor numbers dwindled. However, a number of visitors, who recalled spending their summers there during childhood, returned to retire. With sixty remaining homes and a number of year round residents – many of whom are descendants of original residents – Highland Beach continues to thrive and preserve its history and culture.

For a period of time Twin Oaks was the post office for Highland Beach, Venice Beach, Camp Clarissa Scott and Arundel On The Bay. Architect Charles Bohl and his wife purchased and restored the home in 1986. It is now the Frederick Douglass Museum and Cultural Center and features exhibits on Douglass’ life and activism, a history of Highland beach, as well as research resources. Members of the Board of Directors, under the supervision of the Highland Beach/Venice Beach Historical Project, conduct tours and arrange exhibits related to the history of The Beach.