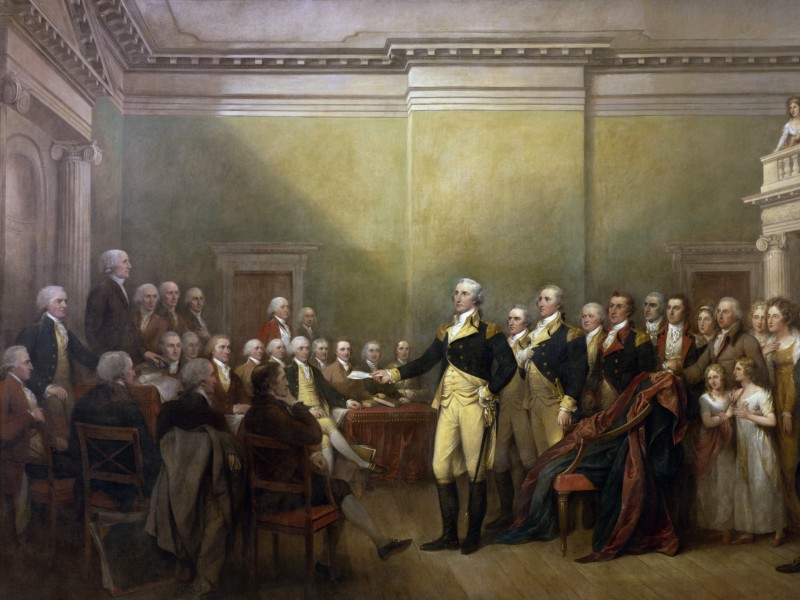 Washington arrived in Annapolis in advance of his resignation on December 19th and met Generals William Smallwood and Horatio Gates at the “Three Mile Oak,” a historic oak tree that sat three miles from the statehouse. In the days leading up to his resignation, Washington conferred with the Congress about the details of his departure and he was also celebrated by local citizens with several large dinners and balls. Congress honored Washington with a feast and celebration at the historic Mann’s Tavern and he was later honored by Maryland Governor William Paca who held a ball at the statehouse which was attended by over six-hundred well-wishers.

Then, on Tuesday, December 23rd at noon, the general who had turned the “world upside down,” was escorted into the senate chamber of the Maryland statehouse to deliver his resignation. Contemporaneous accounts suggest Washington’s voice faltered as he delivered the brief remarks and ended his resignation by offering,

“Having now finished the work assigned me, I retire from the great theatre of action, and bidding an affectionate farewell to this august body, under whose orders I have so long acted, I here offer my commission, and take my leave of all the employments of public life.”

The revolutionary war truly ended in that moment — with yet another revolutionary act. Washington, who could have easily assumed a dictatorship or taken military control, handed over control and removed himself from leadership. King George III, upon hearing of the resignation of Washington, supposedly remarked to an American painter in his presence, ““If [Washington] does that, he will be the greatest man in the world.”

Washington, like Lucius Quincticus Cincinnatus, the Roman general-turned-farmer whom Washington revered, would return to his farm at Mount Vernon the following day. It would not be his last moment in public life, of course, as he would be unanimously elected president just six short years after his resignation in Annapolis. 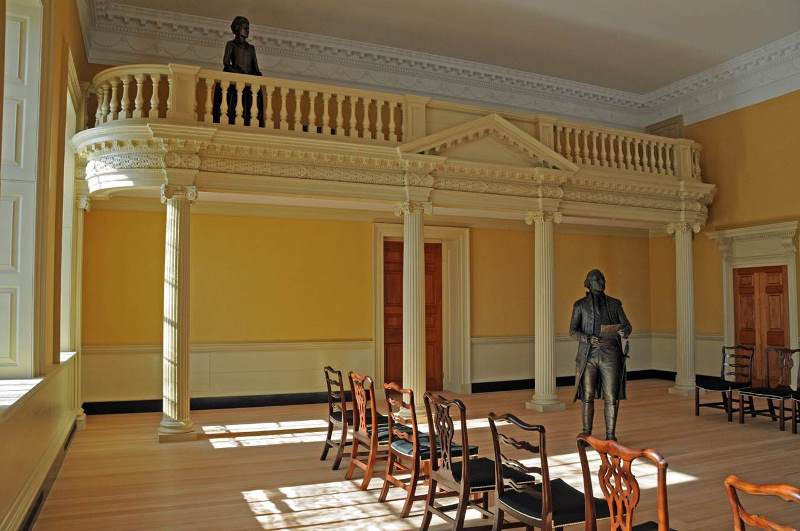 Today, the Old Senate Chamber where Washington resigned his commission has been painstakingly restored to its exact appearance in 1783. The restoration, which earned a Preservation Maryland award in 2015, utilized the latest in preservation technology and documentary history to replicate the look of the room when the general offered his resignation. The Old Senate Chamber, along with the rest of the historic statehouse is open to the public for free on a daily basis.