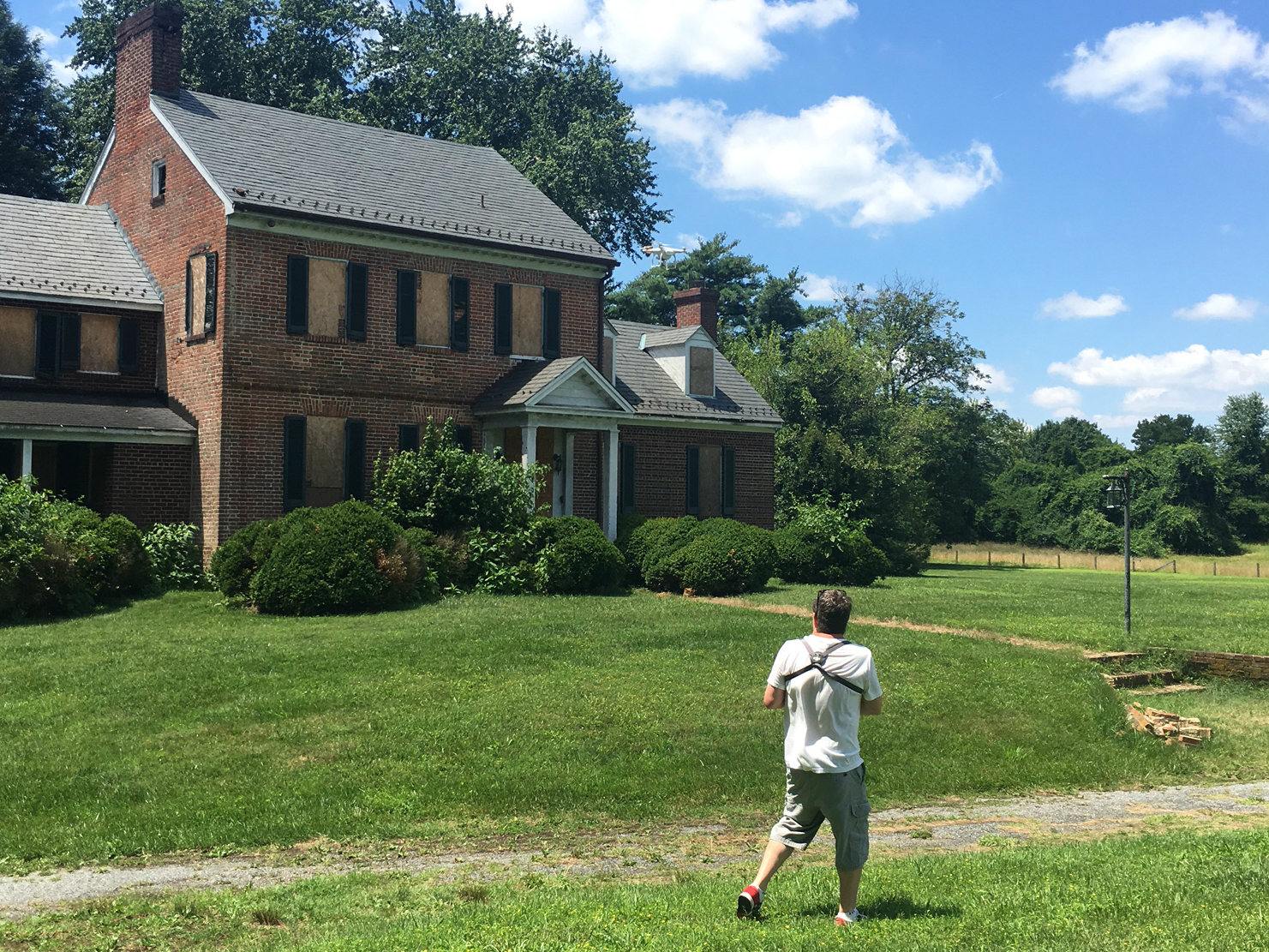 In an effort to help document and market Whites Hall, the boyhood home of Johns Hopkins, Preservation Maryland has teamed up with Elevated Element, a full service commercial drone operator to scan the historic home. The scanning was completed in mid-July and was featured in The Baltimore Sun:

On July 16, 2016, Elevated Element, an Owings Mills based company, utilized sophisticated photogrammetry software to create an accurate 3D model of the historic home and adjacent landscape. Photogrammetry is the act of photographing a subject from hundreds or thousands of different perspectives, then stitching those flat 2D images together into a 3D color object. Advanced software algorithms look through hundreds of photos and identify unique points in their 3D space. The resulting image is a 3D model of the structure, accurate in many cases to several inches.

“There’s no question that preservation has entered the 21st century – and technology like this allows us to tell our state’s history in new and exciting ways. We expect this well help in our effort to market this structure and find a new buyer very soon.”

Elevated Element donated their services to the project because of their concern for the property and interest in partnering with Maryland’s preservation community to help document important places. Elevated Element President Terry Kilby noted, “We hope this is the first of many projects we can collaborate on with the preservation community. This new technology has the ability to change the way we interact with buildings and could be a game-changer for historic preservation.”

Whites Hall
by elevatedelement
on Sketchfab

WHITES HALLS IS ON THE MARKET

Whites Hall, located in Anne Arundel County near Crofton, Maryland, includes the historic 18th century home and 13 acres and is currently available to qualified buyers with sympathetic preservation plans starting at $700,000. Interested buyers are encouraged to contact the Polm Company directly which owns the property. Preservation Maryland and the Polm Companies jointly announced their intention to find a viable preservation solution for Whites Hall in early April 2016.

Since 1931, Preservation Maryland has worked to protect the places, stories and communities in Maryland that matter. As a non-profit organization, it works with partners across the state to accomplish this important mission and protect the Best of Maryland. Find out more at: presmd.org.

Elevated Element has been designing, fabricating and flying aircraft since the late 2000s and combines several emerging technologies like virtual reality, 3D animation, 360° video and stills, and app development. Their work has been featured in media outlets including National Geographic, CBS Sunday Morning and Entrepreneur Magazine. Find out more at: elevatedelement.com.