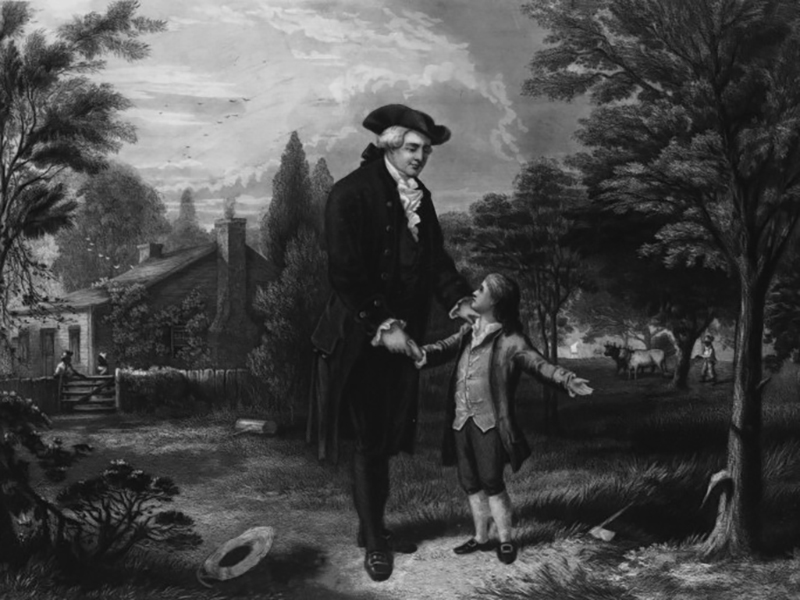 George Washington, as a boy, telling his father Augustine Washington that it was he who cut down the cherry tree. Image from the Library of Congress.

In Maryland, the 1730s were an eventful decade, with armed hostilities breaking out on the western frontier, near modern-day Hagerstown, in what is known as “Cresap’s War.” The “war,” which in reality was years of small bloody clashes, took its name from Maryland frontiersman, Thomas Cresap, known in Pennsylvania as the “Maryland Monster.” Cresap is credited with beginning the conflict after he violently defended his land holdings along the uncharted and disputed border of Pennsylvania and Maryland.

Eventually, the dispute resulted in the deployment of the colonial militias of  Maryland and Pennsylvania and assaults that did not end until 1738 – just a year before the logs in question were felled.

Jonathan Hager, namesake of Hagerstown, is thought to have immigrated to the colonies in 1736 and purchased a 200-acre tract of land in what is today Hagerstown on June 5, 1739. It was then that he built several cabins – perhaps one which eventually became 417 N. Jonathan Street – before laying the foundation for his large stone home. It was not until 1762, 23 years after the felling of the logs, that the town he founded would be named – initially for his late wife Elizabeth. Elizabethtown eventually gave way to Hager’s Town and then officially Hagerstown in 1814 (when the logs were 75 years old).

Western Maryland during Hager’s early occupation was truly the frontier – with only a handful of homes and permanent settlers; the land itself was still considered a portion of Prince George’s County and represented in the Proprietary Assembly by four white men from far away. 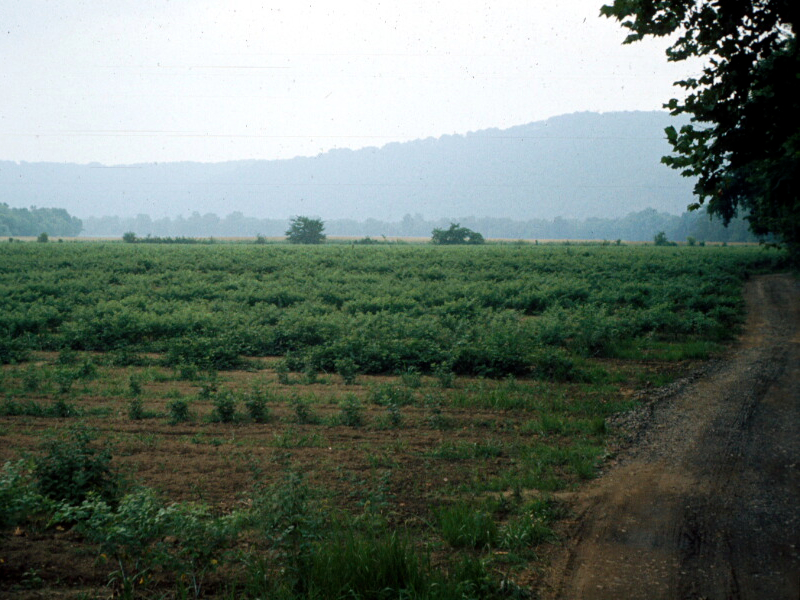 Just seven years before the felling of the logs there had still been a large Shawnee village at what is today Old Town, Maryland (abandoned by the Shawnee in 1731). The concern, legitimate or not, of native attacks on white settlers was strong enough that Hager constructed his stone home over a spring to provide a water source in case of a sustained attack.

Beyond Maryland’s borders, the 1730s were a period of continued expansion and growth of the American colonies – and painful setbacks and loss of territory for native peoples. The decade also saw an increase in African slaves imported to the nation and then in 1730, “The Chesapeake Rebellion,” which was the largest rebellion of slaves in the colonial history of North American.

Notably, the 1730s also saw the establishment of the Colony of Georgia (1732), the first public library in Philadelphia (1731), Jonathan Edwards begins preaching in Massachusetts setting off the first Great Awakening (1734), and the Rocky Mountains are viewed by European eyes for the first time by French explorers Pierre and Paul Mallet (1739).

Just as we look back over the past 281 years since these logs were felled, it’s also our job to look forward to the next 281 years — to steward resources for the next generation(s).

If we do our job in rehabilitating this structure, then perhaps it has a chance to stand for another 281 years – or until 2301.

What will America look like in 2301? Just as no one in 1739 could imagine the world in which we live, no one today can imagine life in 281 years – it is simply our job to make sure that the Marylanders of the 24th century have an opportunity equal to our own to explore and appreciate their history.

The future depends on our efforts today.