As more suburban communities become eligible for historic designation what considerations should preservationists consider as we weigh the balance of preservation and adaptation in these neighborhoods? Preservation Maryland convened a panel of experts to discuss. That recording is now available.

Suburban communities represent a unique form of architecture and part of their significance lies in their car-focused design which now proves challenging to concerns of walkability and transportation options. There can also be histories of racial exclusion in the creation of these communities that should be examined when considering their futures.

This session, recorded on October 21, 2020, explored the perspective of preservationists and community members on the topics of transportation, walkability, and racial equity. Questions arose about how to build coalitions and find common ground in balance of preserving the past and planning for the future.

While there a no easy answers for these questions the conversation is important to have. To find partnerships, ask the hard questions, and build coalitions to find a way to build from a list of what the community doesn’t want to a view of what they want their community to become. 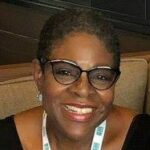 Sheila Bashiri worked in historic preservation and urban planning for over five years for the City of Detroit, MI, and over 10 years for the City of Birmingham, MI. In 2014, she relocated to Rockville, MD to take a position as the city’s Preservation Planner. Sheila holds a bachelor’s degree in Historic Preservation and Interior Design, from Savannah College of Art and Design (SCAD), and a master’s degree in Urban Planning from Wayne State University, in Detroit. Sheila also taught Preservation Planning at Wayne State University and Urban Planning at Eastern Michigan University. She was selected by the Michigan State Historic Preservation Office (MISHPO), to train historic district commissions, staff, and municipal administrators, throughout southeast Michigan. Sheila indulged her passion for travel by taking advantage of opportunities to study historic preservation and city planning in England, Italy, Mexico, Scotland, and South Africa. She has lectured on issues directly related to historic preservation, urban planning, and downtown development at many conferences, workshops, and seminars.  Currently, Sheila serves on the Maryland Historical Trust Board of Trustees, Maryland Association Historic District Commissions (MAHDC), Heritage Montgomery, and Montgomery County Remembrance and Reconciliation Commission. 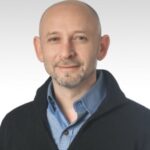 Evan is Executive Vice President of Acquisition and Development at EYA, LLC. He brings a decade of mixed-use and multi-family experience to the EYA development team and works on sourcing new deals as well as shepherding projects through the development process. Prior to joining EYA, Evan was Vice President of Development at Federal Realty Investment Trust, where he was primarily responsible for managing the development of Pike & Rose. Evan regularly guest lectures about real estate, planning, and development at local universities. He currently serves on the Advisory Board of the Urban Land Institute Washington and is a Trustee of the Milton Gottesman Jewish Day School of the Nation’s Capital. In 2012, Evan received the Livable Communities Leadership Award from the Washington, DC based Coalition for Smarter Growth. Evan earned a BS in Design and Environmental Analysis from Cornell University and a MBA in Real Estate and Finance from the Wharton Business School. He lives in Washington, DC with his wife and three young children. 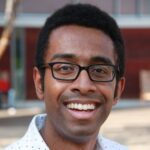 Dan Reed is an urban planner and freelance writer. Check out his regular column in Washingtonian and his blog, Just Up the Pike. He’s also an agent at Living In Style Real Estate. Dan still gets a full night’s sleep. He lives in downtown Silver Spring. All opinions are his own.  For 12 years I’ve written a blog called Just Up The Pike, which offers news, research, and advocacy on transit, smart growth, and social equity in Silver Spring, MD, a mix of urban and evolving, diversifying suburban communities north of Washington, DC. With a small army of over 7000 followers on Facebook and Twitter, we’ve led or participated in campaigns for everything from a proposed light rail line, to school equity, housing issues, and youth rights. 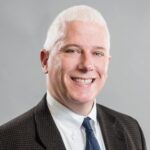 Casey Anderson has served on the Montgomery County Planning Board since 2011 and was appointed Chair in 2014. He also serves as vice-chair of the Maryland-National Capital Park and Planning Commission, the bi-county agency established by state law that regulates real estate development, plans transportation infrastructure, and manages the park systems in Montgomery and Prince George’s Counties. Before he was named Chair of the Planning Board, Anderson founded a jury consulting firm after working as a congressional staffer, government relations executive, newspaper reporter, and lawyer in private practice. He has served on the boards of several non-profit organizations, including the Washington Area Bicyclist Association, the Coalition to Stop Gun Violence, the Committee for Montgomery, the Woodside Civic Association, and the Silver Spring Citizens Advisory Board. Anderson holds undergraduate and law degrees from Georgetown University and a master’s degree in journalism from Columbia University. He lives in Silver Spring with his wife Mary Boyle and their two children. He enjoys mountain biking, coaching competitive high school debate, and volunteering with the Boy Scouts of America.