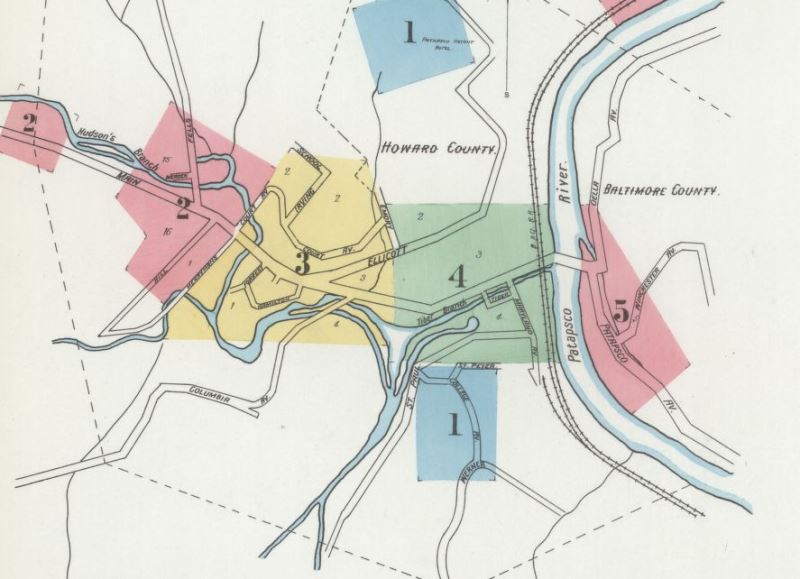 Preservation Maryland has released the findings of an independent third-party review of Howard County’s engineering reports that are the basis for the plan to demolish nearly two dozen buildings in historic Ellicott City.

Read the Executive Summary of the Report

Funding for the report was provided, in part, by a generous grant from the National Trust for Historic Preservation. Rob Nieweg, Senior Field Director & Attorney, for the Trust explained that, “The 2018 Flood Mitigation Plan carries irrevocable consequences for Ellicott City’s historic fabric for limited improvement in stormwater runoff. Ellicott City has an opportunity to become a national model for protecting both human life and irreplaceable historic character. We urge the Howard County Council to expand the scope of their due diligence per the engineering study’s recommendations and to strongly explore alternatives to demolition.”

In concluding their review and report, SGH explained that, “…we believe that flood-mitigation strategies which address both life safety concerns and preservation of the historic character of Ellicott City have not been fully vetted by Howard County.”

In particular, SGH highlighted several areas that, in their professional opinion, should be explored further. In part, SGHs recommendations included:

The findings of this report validated the concerns of many Howard County residents who feel the existing studies do not adequately consider alternatives to demolition and present an all-or-nothing approach.

“Before you make any irreversible decision, it’s just common sense to obtain a second opinion. SGHs third-party review is the second opinion everyone was looking for – and it suggests what we expected – that this rushed plan was not fully vetted. We expect this report will significantly change the conversation moving forward, and we look forward to working with Howard County to answer the serious questions posed in this review and to fully explore the alternatives to demolition which are supported by 74 percent of Howard County voters.” – Nicholas A. Redding, Executive Director, Preservation Maryland