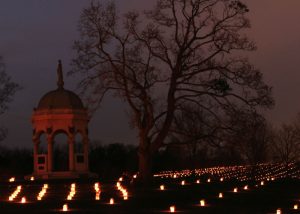 The Battle of Antietam remains the bloodiest one-day battle on American soil. On September 17, 1862, 23,000 soldiers became casualties in the first major Confederate attack on the Union during the Civil War. Every year, the National Park Service honors their sacrifice when it illuminates the Battlefield with 23,000 luminaries.

Join the Historical Society of Carroll County, Maryland at their 6th Annual Legacy Gala on September 21, 2011 as they celebrate the people who broke barriers in Carroll County and beyond.