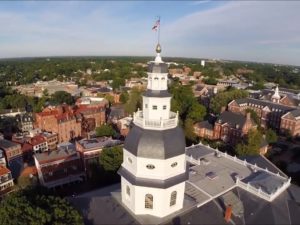 Preservation Maryland’s work takes us to some of Maryland’s most stunning historic places but also to important places that time has forgotten and to communities that need our help. We work every day to make preservation a priority in approaching the challenges and opportunities of every historic community across Maryland, from Baltimore to Brunswick. In this stunning video, Preservation Maryland is pleased to highlight some of our most important donor-supported work this year. 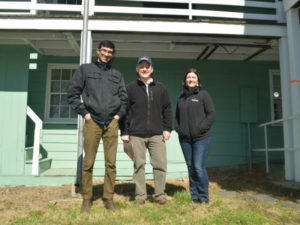 The Dielman Inn in New Windsor, Maryland is a commercial corner property of several buildings that were cobbled together over almost 200 years of occupation and use. This complex structure of different construction methods and materials offers up some challenges including all the way to its foundation. 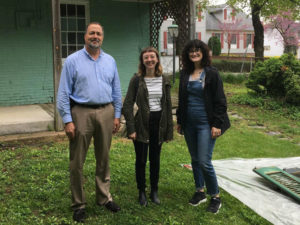 Architectural documentation is often one of the first steps to a preservation rehabilitation project! At the nearly 200 year old structure of the Dielman Inn in New Windsor, Maryland, documentation was essential to understanding the evolution of the building over time before beginning a complex reuse project.

The new class of Six-to-Fix projects represent the next step for Preservation Maryland’s proactive preservation program and are one of the broadest, most diverse and inclusive collection of projects we have ever tackled.

We are accepting big, bold and complex challenges and we need your help.

Since the program’s launch in 2015, Preservation Maryland has leveraged an unparalleled $5 of support for these threatened sites for every $1 the organization has spent on the Six-to-Fix program. Your donation makes a difference and we use every penny. What project below will inspire you to give?

At 100 feet tall, the WWII-era crane at the Baltimore Museum of Industry is a highly visible remnant of Baltimore’s shipbuilding legacy. Although built to withstand the test of time, its unprotected exposure is beginning to deteriorate the structure itself.
DONATE NOW

With the strong support of the leadership of the Town of New Windsor, the ca. 1815 Dielman Inn has a chance to once more serve the needs of this small town community in Carroll County.
DONATE NOW

TUBMAN’S LEGACY ON THE EASTERN SHORE

As the Eastern Shore of Maryland is gaining attention as a national destination for telling the story of enslaved Africans, small historic sites like Malone’s Church are now part of a larger storytelling effort.
DONATE NOW

Leading up to the 100th Anniversary of the Passage of the 19th Amendment, Preservation Maryland will focus on researching and documenting the tangible connections to the extraordinary fight to gain women the right to vote.
DONATE NOW

One of the top reasons people visit Maryland’s State Parks is for the historic resources! The Maryland Department of Natural Resources stewards more of the state’s historic and architectural resources than any other entity.
DONATE NOW

HISTORY OF THE JONES FALLS MILLS

The Jones Falls provided the power that fueled manufacturing in Baltimore in the 19th and 20th centuries. The string of mills built in the valley along the river had an indelible economic and social impact on the surrounding areas, the effect of which can still be felt to this day.
DONATE NOW