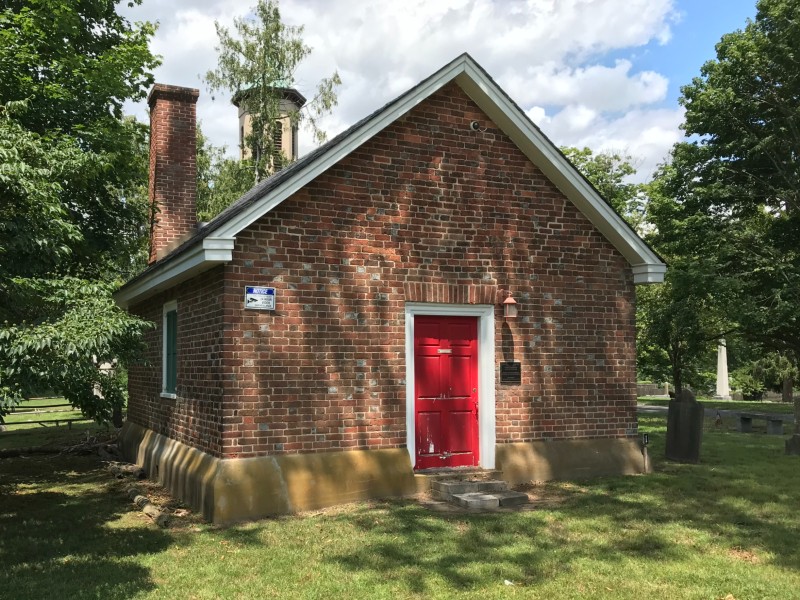 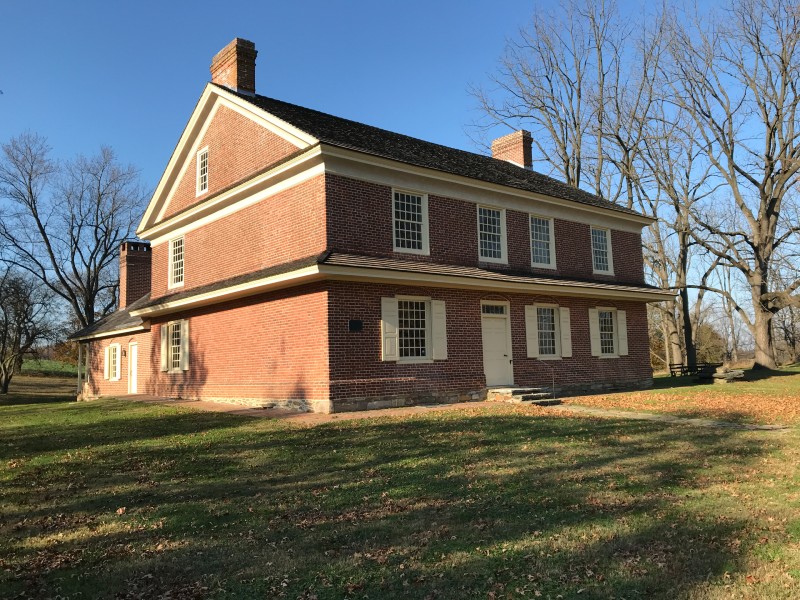 This imposing manor house was built in 1738 by Joseph Pennock, a prominent Quaker. The house is four-bay structure with both Georgian and Quaker influences. In fact it is said to comprise two contemporaneous Philadelphia townhouses side by side. Built of Flemish bond, it has both a pent eave and pent gables and segmented arches above the thirty-pane windows. The one-storey addition in the rear was built in the twentieth century. Herb Pennock, who pitched for the Yankees during the Babe Ruth era, was a descendant of the builder.

This small (twenty feet by sixteen feet), rectangular, one-storey structure was built in 1766, to serve as a meeting place for the parish vestry, and perhaps as a school and a courthouse. It is constructed of Flemish bond with some glazed headers, with two six-over-six shuttered windows on one long side and one on the other. The door and windows all have flat jack arches. It a rare, unenlarged survivor of a building of its type and size. 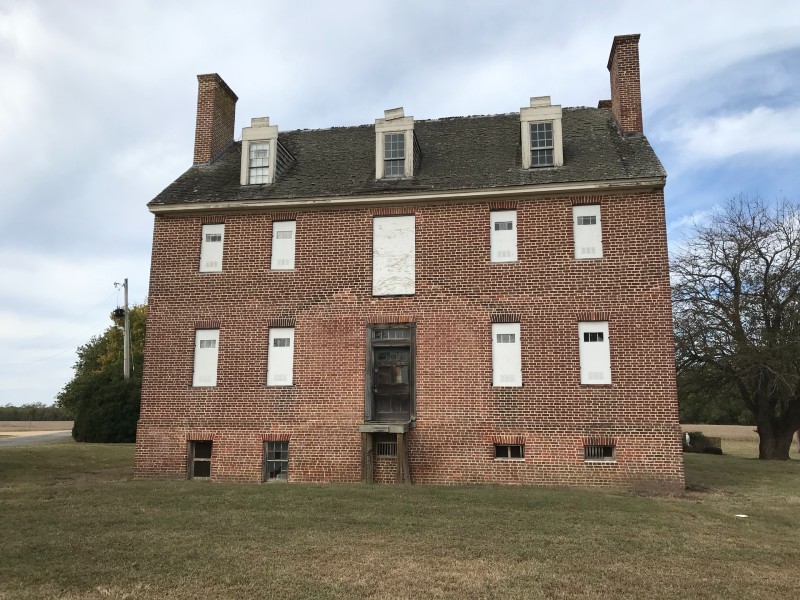 This currently unoccupied manor house, located in the Newtown Manor Historic District, was built in 1789 by Jesuits on their self-supporting farm. (Part of the original farm is still used for agricultural purposes.) It a two-and-one-half storey, five-bay structure, with two enclosed chimneys on each end, between which are jerkinheads, and there are three dormers. The original gambrel roof was altered to its current configuration in 1816. The windows are six over six, with flat jack arches. There is a high brick basement, laid in alternating courses of headers and stretchers. Above the water table the bricks are laid in Flemish bond, except that immediately above the first-floor windows, there are six courses of English bond, and above them four courses of running stretchers. Perhaps these courses were hidden behind a balcony, as the middle second-storey opening appears to have been a door at some point. There also appears to be a ghost of a pedimented portico above the main door. 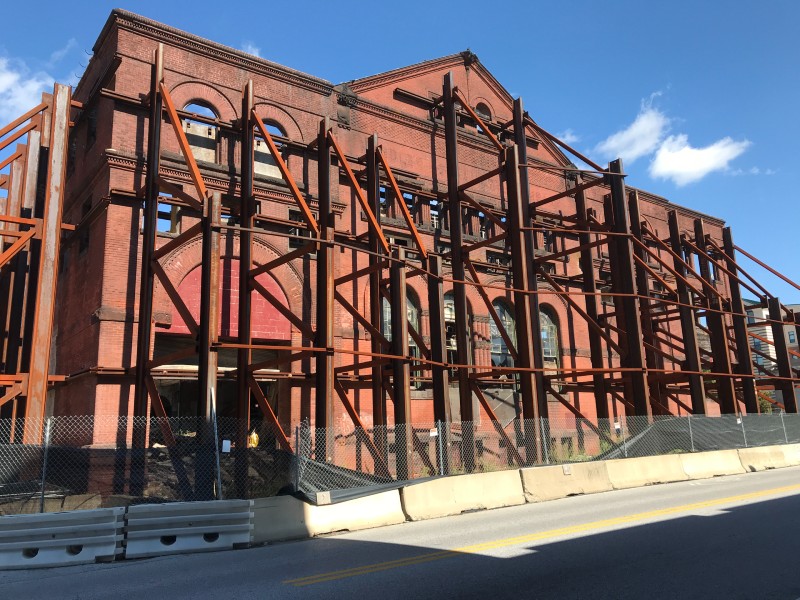 The Hendler Creamery building was designed by Jackson Gott, a prominent Baltimore architect, who designed, among many other buildings, the Richardsonian Romanesque Maryland Penitentiary. Built in 1892, the Hendler building was designed to be used a cable car powerhouse. Like the Penitentiary, it is Romanesque, but built of brick, rather than stone, with red mortar joints and stone trim.  The façade has a wealth of architectural details. There are four large arched windows on the first level, each separated by four slender engaged brick columns with intricate capitals. Above are eight casement windows with similar columns. Above these the ghost signage “Hendler Creamery Company” is faintly visible. Between the signage and the cornice is a ten-course pattern of brick that resembles the side of a woven basket. There are busts on each end of the cornice; above the left one is carved “18”, and above the right is “92”. After the use of cable cars was discontinued, the building was used as a Yiddish theatre between 1903 and 1912.  The Hendler Company occupied from 1912 to 1974. It was acquired by a developer in 2012, with intent of turning into apartments. The building was razed, leaving only the façade, and the redevelopment project has since stalled. 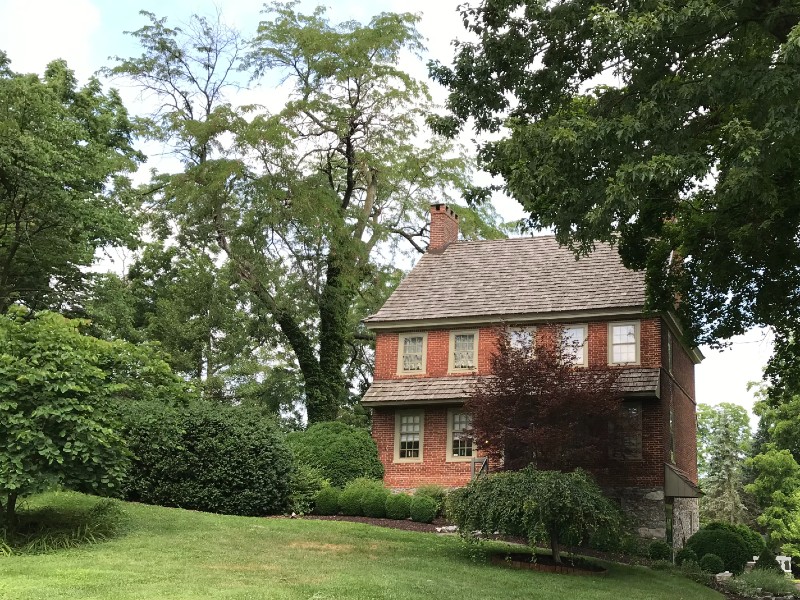 William Willis, a Quaker, built his house in 1762; his initials and the date can be seen in glazed headers on the west gable. The house is built of Flemish bond on the Georgian center-hall plan, and its entry in the Historic American Building Survey asserts that, “it is the best example of Eighteenth Century domestic architecture in York County”. A bank house built on a slope, its basement is exposed on the east side. It has five bays, with nine-over-six windows on the first floor and six-over-six on the second. There is a pent roof across the façade and pent gables as well, along with two belt courses on each gable and a water table below. Willis also built an early courthouse and a Friends meetinghouse. When owned by his son, Samuel, the house served as a stop on the Underground Railroad. No longer used as a dwelling, the house now serves a wedding venue. 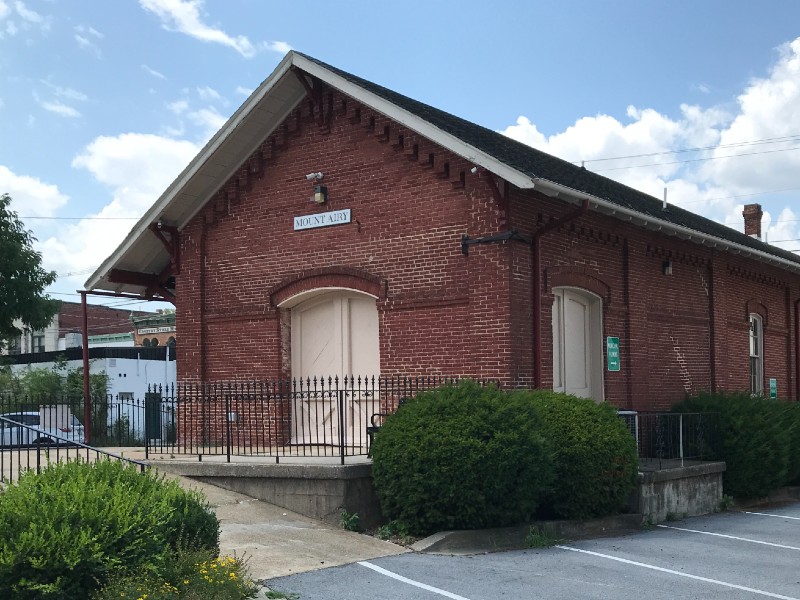 This railroad station is a contributing structure in the Mount Airy Historic District. Built between 1878 and 1882, it was designed by E Francis Baldwin, an important and prolific Baltimore architect, who designed over one hundred railroad stations for the B&O, along with many other works, such as the Maryland Club, the Fidelity & Deposit Company Building, Mount Royal Station, and the warehouse at Camden Yards, all in Baltimore. The Mount Airy Station itself is relatively simple, but not without interesting details. Like most stations, it has a broad overhanging roof, and pilasters at all for corners, and along the long sides the curved door and window lintels are trimmed with a decorative brick pattern, which joins a similar decorative band that surrounds the building. There is also corbelling under the roof on all four sides. The building is currently occupied by a pharmacy. 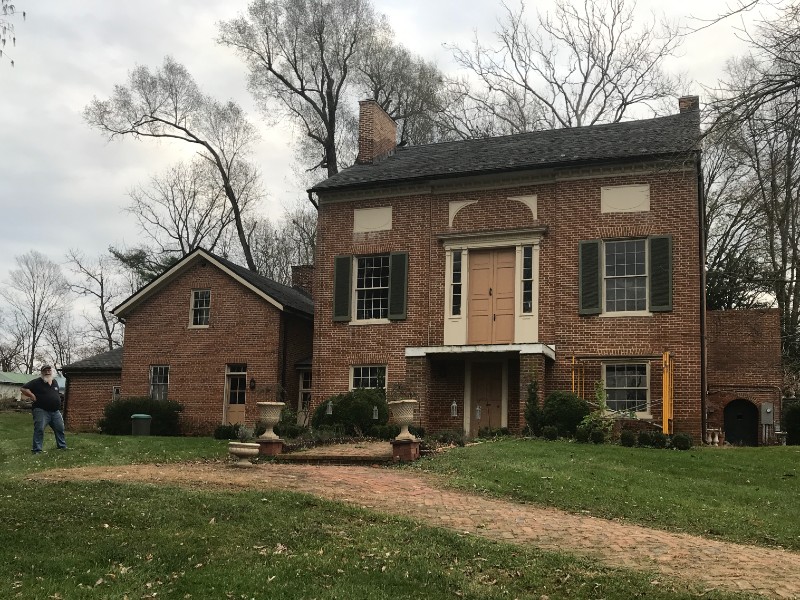 Avalon is an elegant neoclassical house in rural Carroll County, Maryland. The façade, laid in Flemish bond, is one and one half storeys, with an exposed basement level beneath. The house is divided into three bays, with the central bay recessed about four inches. The main floor, or piano nobile, was reached by a broad staircase that is no longer there. There is a large double door between three-over-three sidelights. The door is topped by a cornice with dentils, which echoes the main cornice at the roofline. There are two striking neoclassical features on the façade: Above each window is a rectangular wooden panel decorated with an oval, and above the door are two triangular panels that form a sort of blind arch. These features serve fill in the void between the tops of the door and windows and the cornice above, balancing the façade. The two main floor widows are twelve-over-twelve with shutters and splayed jack arches. There are two smaller windows and a central door at the basement level. There is also a somewhat crude attached summer kitchen. The house was built between 1811 and 1814 by Francis Hollingsworth, a Baltimore merchant. He sold the house in 1814 to Jesse Slingluff, a Baltimore banker, who wanted a place for his family away from Baltimore, which was threatened by the British during the War of 1812. 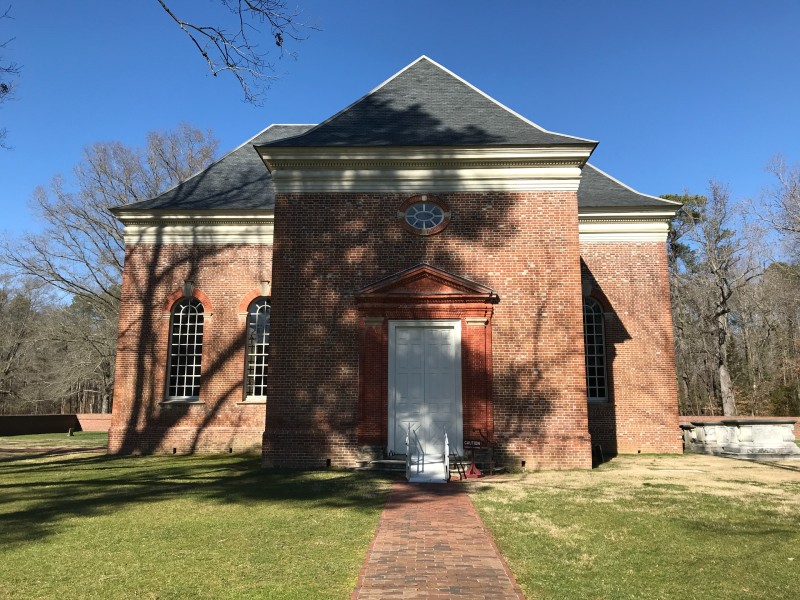 Christ Church is an elegant Georgian Virginia colonial church (one of thirty-three extant), and a National Historic Landmark. It was built by wealthy planter Robert (“King”) Carter between 1732 and 1735 to replace an earlier frame church built by his father on the same site. Built of Flemish bond with a hipped roof and a water table, it abounds in classical Georgian details. The photograph shows the north door, surrounded by brick pilasters and triangular pediment above a cornice, made with brick of a brighter shade of red. The same brick surrounds the oval window above. The west door is similar, but the pediment is a segmented arch. The windows are twenty-two-over-sixteen, and the window arches are made of the trim brick with elaborate keystones. The large churchyard is enclosed by a brick wall. A local legend has it that Carter imported the bricks from England to serve as ballast on his ships.