Tubman’s Legacy on the Eastern Shore

As the Eastern Shore of Maryland is gaining attention as a national destination for telling the story of enslaved Africans, small historic sites like Malone’s Church are now part of a larger storytelling effort.  With ties to the Tubman family, the stewards of Malone’s Church will work with Preservation Maryland to strategically invest in both the structure and the story of their historic church.

This Eastern Shore historic church with connections to Harriet Tubman’s in-laws is located on the Eastern Shore. While it no longer has an active congregation, there is  a dedicated group of volunteers looking for a way to find new purpose for the church connected to the Harriet Tubman byway.

Preservation Maryland will help the Harrisville Malone Cemetery Maintenance Fund, the stewards of the site, to help the organization create an actionable mission and craft goals for the restoration of the church and cemetery. 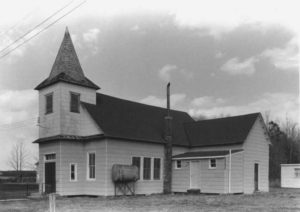 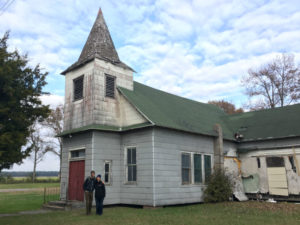 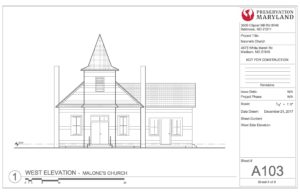 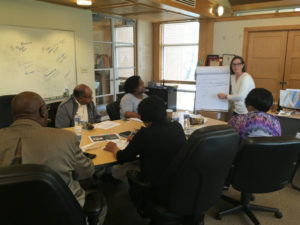 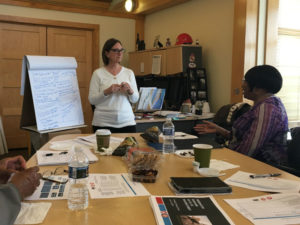 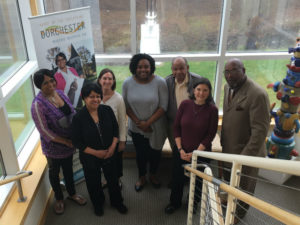 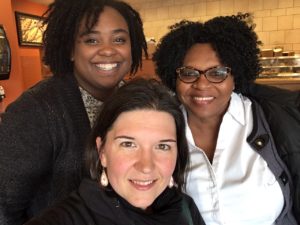 The landscape of Peter’s Neck, now part of Madison, remains basically unchanged since the days when Harriet Tubman traversed it. The Church is surrounded by woodlands on White Marsh Road. The trees conceal footpaths utilized by members of the black community to travel unmolested between Peter’s Neck and points East, such as the Thompson
Plantation and Saint Paul’s United Methodist Church, a twin building and African American settlement. The Corsey Creek runs through the area to the north and the White Marsh Creek to the south.

Malone’s Church is helps build a better understanding of the black experience in Dorchester County. It is one of the last remaining physical vestiges of a community that persevered in the face of slavery, the Civil War, reconstruction, and Jim Crow. The building and site provide a record of the many lives that helped develop the industry, economy and spirituality of Dorchester County in the 19th century. By the 1830’s approximately 40 free families lived in this immediate area, the great majority having intermarried with dozens more enslaved families held in bondage by the local white landowners. By the 1850’s, nearly two-dozen free families owned land here.

Directly behind the church is the cemetery, which features the graves of many of Harriet Tubman’s family members, including her nephew and in-laws, and several civil war veterans. Descendants of this community are still laying their loved ones to rest there today.

Malone’s Church has suffered years of deferred maintenance owning to the advanced age and decreased size of the community as well as general economic conditions in lower Dorchester County. Despite the dedicated work of the descendants of the community to maintain the site, the church has a deteriorating roof, a cracked and uneven foundation, several boarded windows, encroaching vegetation, original features obscured by faux coverings, and water damage to the interior and exterior. In the cemetery, many of the older graves are unmarked, inadequately marked, or feature cracked covers.

The church congregation has formally dissolved and been incorporated into other local congregations and therefore the site will not again become an active church. The Harrisville Malone Cemetery Maintenance Fund hopes the property will become the site of an interpretive center focused on providing detailed information on the legacy of Harriet Tubman, the historic and culture context that she existed in, and the community that fostered her development. This site is already part of the driving app for the Harriet Tubman Underground Railroad Visitors historic byway.

Using measurements gathered during a November workday, Preservation Maryland recently completed measured architectural drawings of the historic Malone’s Church deep in Dorchester County. The church is part of a touchstone in the African American community and a final resting place of many of those related to Harriet Tubman.

The Harrisville Malone Cemetery Maintenance Fund are stewards of the historic Malone’s Church in Dorchester County. Through a Six-to-Fix partnership with Preservation Maryland, the all-volunteer group participated in a professionally facilitated strategic planning session to chart a course to meet their preservation, interpretation and tourism goals.

Preservation Maryland has organized a special bus tour on Saturday, October 20, 2018 of Talbot and Dorchester Counties following the path of Harriet Tubman’s life and journey to freedom, including a unique stop at Malone’s Church along other stops at Bucktown Village Store and the Harriet Tubman Underground Railroad Visitors Center.

03/09/2017
The Harriet Tubman Visitor Center opens this weekend. Here’s how you can drive in her footsteps
Washington Post