At over 200 years old, Holly Hall is an iconic piece of the city of Elkton’s history. The mansion is currently in need of restoration and preservation, something that Elkton’s Mayor Robert J. Alt identified as one of his goals when he took office. This project has political, public, and private support, it just needs guidance.

Deferred maintenance and no clear viable use has led to the accelerated deterioration of the 200 year-old Holly Hall that continues the cycle of demolition-by-neglect. At current glance, the property has broken and boarded windows and doors but the location has potential situated near a well-used commercial block by residents. Preservation action needs to be taken to reclaim it from vacancy and bring it back into use for the larger Cecil County community.

Conversations with the Town of Elkton, the property owner and Preservation Maryland have led to many potential uses for the building, but one rose right to the top.  Just before Holly Hall was selected for Six-to-Fix, Cecil County released a report showing a need in the region for a business incubator.  What better spot to share space and get a new business off the ground then the inspiring surroundings of a 200 year old mansion.  With its high ceilings and large rooms, this home could once again bustle with the sound of people who are making an impact on Elkton and Cecil County. 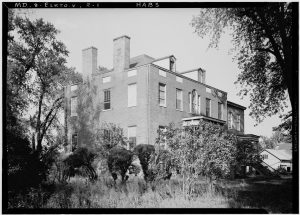 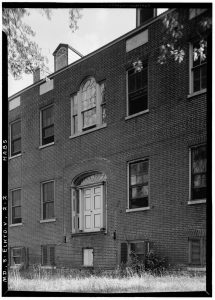 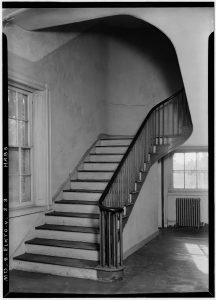 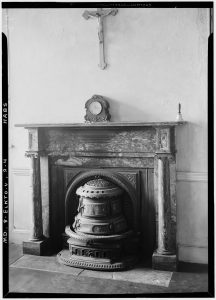 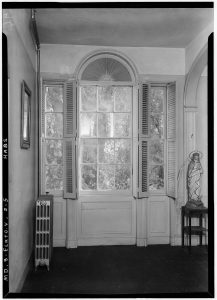 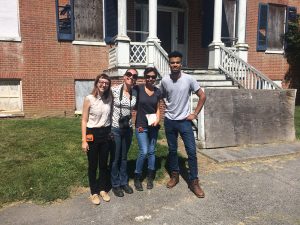 Today Holly Hall, a two and a half story brick mansion, sits on a busy road and is visible to almost everyone entering or leaving Elkton, but its setting was quite different when it was constructed during the earliest years of the 19th century.  This grand home was built for and served as the principal residence of General James A. Sewell, a prominent Elkton resident, and it was originally surrounded by more than 225 acres of land.  During his illustrious career General Sewell served as the Clerk of the Circuit Court of Cecil County for 24 years and successfully defended the town from Admiral George Cockburn’s forces during the War of 1812.

Holly Hall is a mansion designed after published designs of such early architects as Asher Benjamin and Robert Morris. Its design is simple but sophisticated and restrained, in the manner of the early 19th century. While its basic form, hipped roof and recessed stucco panels are noteworthy, its parapets are unique in Maryland. They relate it to many contemporary published designs, commonplace in England, but rare in America.

Time takes its toll on any building, but when a building stands vacant the damage seems to increase exponentially.  Leaks go unnoticed, windows get broken and vandals figure out how to get inside.   In the fifteen plus years that Holly Hall has sat vacant, fire and water especially have taken their toll.  The current owner, a developer that owns the adjacent mall, has boarded up the doors and windows, but people still get in and do damage.  This grand dame that sits right at the entrance to town could be an attraction not an eyesore if it was rehabilitated and occupied.

Preservation Maryland’s Preservation Services Director, Margaret De Arcangelis, with architect My Ly and architectural intern, Michelle Eshelman, documented  with photography and precise measurements the interior and exterior of Holly Hall that will inform measured floor plan drawings and a 3D digital model of the property.

The property owner put temporary measures in place to stop water from entering the building through the front roof.  Plant material and debris in the house were cleaned up at the same time.