The needed array of agencies, strong community concern, and now Preservation Maryland, has recently coalesced to move the needle forward on this long-vacant and large historic campus in Prince George’s County toward an adaptive reuse project that will serve and benefit the neighborhood and beyond.

Situated on a wooded campus of over 200 acres in Prince George’s County, the majority of the two dozen Georgian Revival buildings of the Glenn Dale Tuberculosis Hospital and Sanatorium date from the 1930s. Once the area’s largest employer, Glenn Dale hospital was closed in 1981. Vacant since, and a bit of a white elephant, strong community efforts have pushed this project along to rehabilitation and reuse.

Preservation Maryland first recognized Glenn Dale Hospital as a threatened resource in 2014, and then recommitted in 2015 to assisting the site by including it in our Six-to-Fix program.

Utilizing an existing framework of nearly 500 supporters and advocates including our Six-to-Fix partners, Glenn Dale Citizens’ Association, the Lincoln-Vista Civic Association, Glenwood Park Civic Association, Preservation Maryland assisted community organizations and activists in identifying and engaging key players in State and County government as well as experts in preservation architecture, engineering and design to remove the barriers to use and a feasibility study for re-use and rehab was completed. An RFP was issued for the adaptive reuse of Glen Dale Hospital. 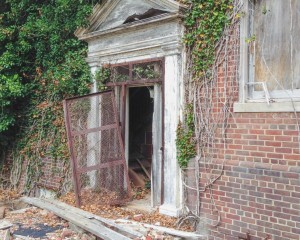 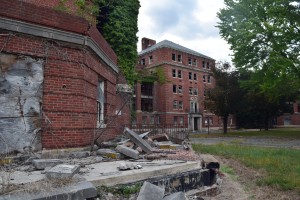 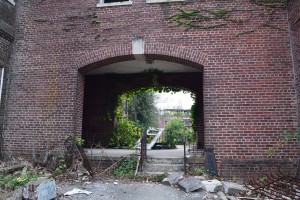 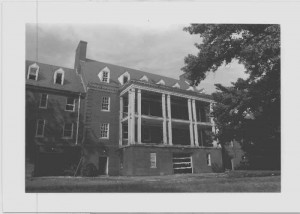 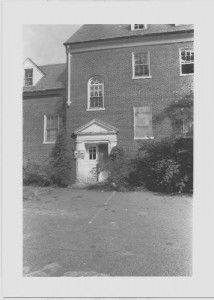 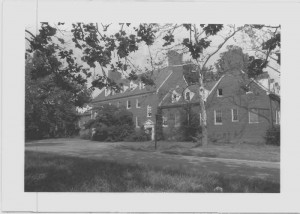 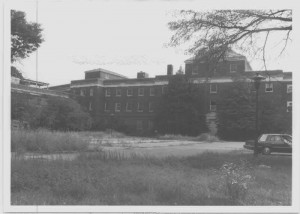 In central Prince George’s County, surrounded by suburban development sits the 200+ acre Glenn Dale Tuberculosis Hospital and Sanatorium. The campus features 23 brick Georgian Revival buildings many of which were built between 1933 and 1959. The Glenn Dale Tuberculosis Hospital and Sanatorium which was owned and operated by the District of Columbia was constructed specifically to house and treat children and adults suffering from tuberculosis. The campus demonstrates the lengths governments went to combat the public health threat caused by tuberculosis during the late nineteenth and early twentieth centuries. Glenn Dale’s location just 15 miles outside the District of Columbia provided the remote setting and abundant fresh air that were considered ideal in the treatment of the disease. Today the property is owned by Maryland-National Capital Park and Planning Commission.

The campus included interrelated medical, residential and mechanical buildings along with landscaped areas for patients to enjoy. A majority of the buildings on the property remain intact with a high level of historical integrity. The classical detailing of the buildings together with the interconnected series of pedestrian and vehicular circulation paths contribute to its historical and architectural significance as a distinguishable, unified, representative example of a 20th-century therapeutic campus.

The site remained an active hospital through 1982 when the doors were shuttered. The buildings were not properly mothballed or stabilized once they started to deteriorate. Despite the exceedingly substantial commercial quality of the original construction, its neglect has resulted in the loss of the integrity of many of the roofs. Because they were so strongly built, these formerly stunning Georgian Revival structures are not yet beyond saving. However, if steps are not taken in the very near future to secure the buildings and provide for their safe maintenance, the Glenn Dale Citizens’ Association fears that these buildings and their environmental setting will be lost altogether.

Local community groups have championed the adaptive reuse of the campus and buildings for over two decades. Associations which represent individuals and the families of individuals who worked at Glenn Dale Hospital want to see the buildings and 60 acres of the property used as a continuing care and retirement community. The other 140+ acres would benefit the community if they were maintained as permanent open space for active and passive parkland uses. Immediate stabilization of the buildings will ensure that no more damage occurs and that this campus can once again meet the needs of the community.

On Thursday, October 17, 2019, the Maryland-National Capital Park & Planning Commission and the Alexander Company hosted a community listening session at the Glenn Dale Community Center about the future reuse concepts, construction types, and programming that might take place as part of the Glenn Dale Hospital project. The Alexander Company has tabulated and shared every written and verbal comment on their website. If you missed the meeting, you can still comment online.

Alexander Company has been selected to explore redevelopment opportunities on 60 acres of the former Glenn Dale Hospital property. This is a follow-up to the 2018 market feasibility study that described the difficulty of the redevelopment as a continuing-care facility; that deed restriction has since been lifted. The public is invited to a public listening session on Thursday, October 17, 2019.

04/12/19
Instead of ‘ghosts,’ residents want housing at this former tuberculosis sanatorium
The Washington Post