Save City Dock in Annapolis

Located on the downtown Annapolis waterfront, City Dock is a vital part of the Colonial Annapolis National Register Historic District. Unfortunately, recently proposed rezoning threatens to undo the character of the historic waterfront. In response to this threat, the National Trust for Historic Preservation listed City Dock as one of America’s 11 Most Endangered Historic Places for 2018. Preservation Maryland has joined efforts to invite the Urban Land Institute (ULI) to conduct a Technical Assistance Panel (TAP) related to City Dock, which will bring in experts from across the country to provide strategic, multidisciplinary advice about land use and to offer further details of redevelopment alternatives. The TAP will build upon studies approved by the Annapolis City Council and will allow for a public conversation about the future of the historic City Dock.

Proposed rezoning threatens to undo the character of City Dock and the National Trust for Historic Preservation listed City Dock as one of America’s 11 Most Endangered Historic Places for 2018. The rezoning will increase vehicular traffic, create a negative impact on viewsheds, erode the experience of living in and visiting Annapolis’s historic waterfront, and risks damaging the thriving heritage tourism economy.

Preservation Maryland will join efforts with Historic Annapolis, Inc. in their efforts to present a more compatible solution to revitalizing Annapolis City Dock in a manner that suits the needs of businesses, residents, and visitors, without compromising the integrity of the Annapolis National Historic Landmark District. 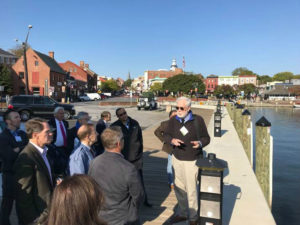 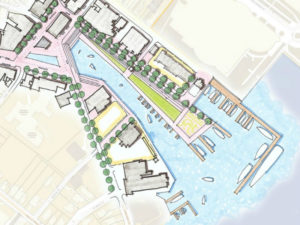 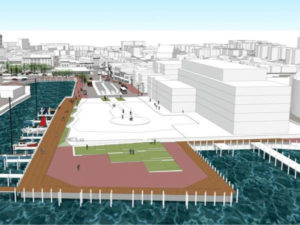 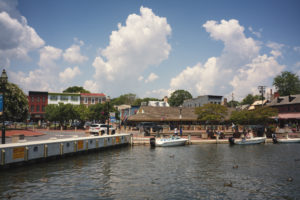 The Colonial Annapolis National Register Historic District is beloved by both locals and visitors and serves as a powerful draw for the area. Situated inside the District, Annapolis’s City Dock connects the rest of the District to the Chesapeake Bay. To preserve and enhance this vitally important place, protective ordinances have been in place for over 45 years with the abiding support of property owners, to ensure the height and massing of new buildings do not disrupt the character of the Historic District.

Proposed rezoning threatens to undo the character of City Dock, led to the listing of City Dock as one of America’s 11 Most Endangered Historic Places for 2018 by the National Trust for Historic Preservation. Ordinance 23-18 will lift the height and bulk restrictions around the waterfront, eliminate oversight by the Annapolis Historic Preservation Commission, and discard any requirement for a public process. The rezoning will increase vehicular traffic, create a negative impact on viewsheds, erode the experience of living in and visiting Annapolis’s historic waterfront, and risks damaging the thriving heritage tourism economy.

Preservation Maryland joined, through an emergency grant of $5,000 from the Heritage Fund, the National Trust for Historic Preservation in raising funds to bring in Urban Land Institute Baltimore (ULI) to conduct a Technical Assistance Panel (TAP) related to City Dock. The objective of the ULI Baltimore TAP program is to provide expert, multi-disciplinary advice on land use and real estate issues. The purpose of the TAP is to allow for further definition and details of redevelopment alternatives consistent with studies approved by the Annapolis City Council and to allow for a public conversation to increase the community’s understanding of alternatives.

The 441st Session of the Maryland General Assembly came to an abrupt close on Wednesday, March 18, 2020. As Maryland and the rest of the nation grappled with the outbreak of COVID-19, leaders in Annapolis decided to adjourn the legislative session early – something only done once before 159 years ago, on the eve of the American Civil War. Before Session ended, Preservation Maryland successfully advocated for several Legislative Bond Initiatives, formerly known as bond bills, that will impact a wide array of preservation projects around the state. The City Dock Action Committee’s recently released plan “Transforming City Dock” named the restoration of Burtis House as one of the priorities to preserve and maintain downtown Annapolis’ maritime heritage, character, and viewsheds. Thanks to the support of Sen. Elfreth (Anne Arundel County), Preservation Maryland will receive a grant of $75,000 for the rehabilitation of Burtis House in its historic waterfront location at the end of City Dock.

In early 2020, the City Dock Action Committee presented their recommendations for Annapolis’ City Dock in a public meeting, illustrated report, and a video of architectural rendering. The new report call for resiliency and preservation.

With support and advocacy from an array of national, state, and local partners, including Preservation Maryland, the City Dock Advocacy Committee has worked steadily on crafting a sustainable and vibrant reimagining of Annapolis’ historic downtown waterfront. View the committee’s final report covering recommendations for environmental protection, uses, transportations, historic preservation and more.

08/26/2018
Robert C. Clark: Historic Annapolis working with the mayor on the future of City Dock
The Capital Gazette

08/08/2018
Our Say: Visions for City Dock have changed, but consensus still needed
The Capital Gazette

08/01/2018
History repeating: A City Dock study offers reflection on the life of the waterfront
The Capital Gazette

06/04/2018
Could Annapolis lose its Historic Landmark Designation?
The Capital Gazette

04/06/2018
Op-Ed from Historic Annapolis: No City Dock Development without more study and Respect for Historic Landscape
The Capital Gazette