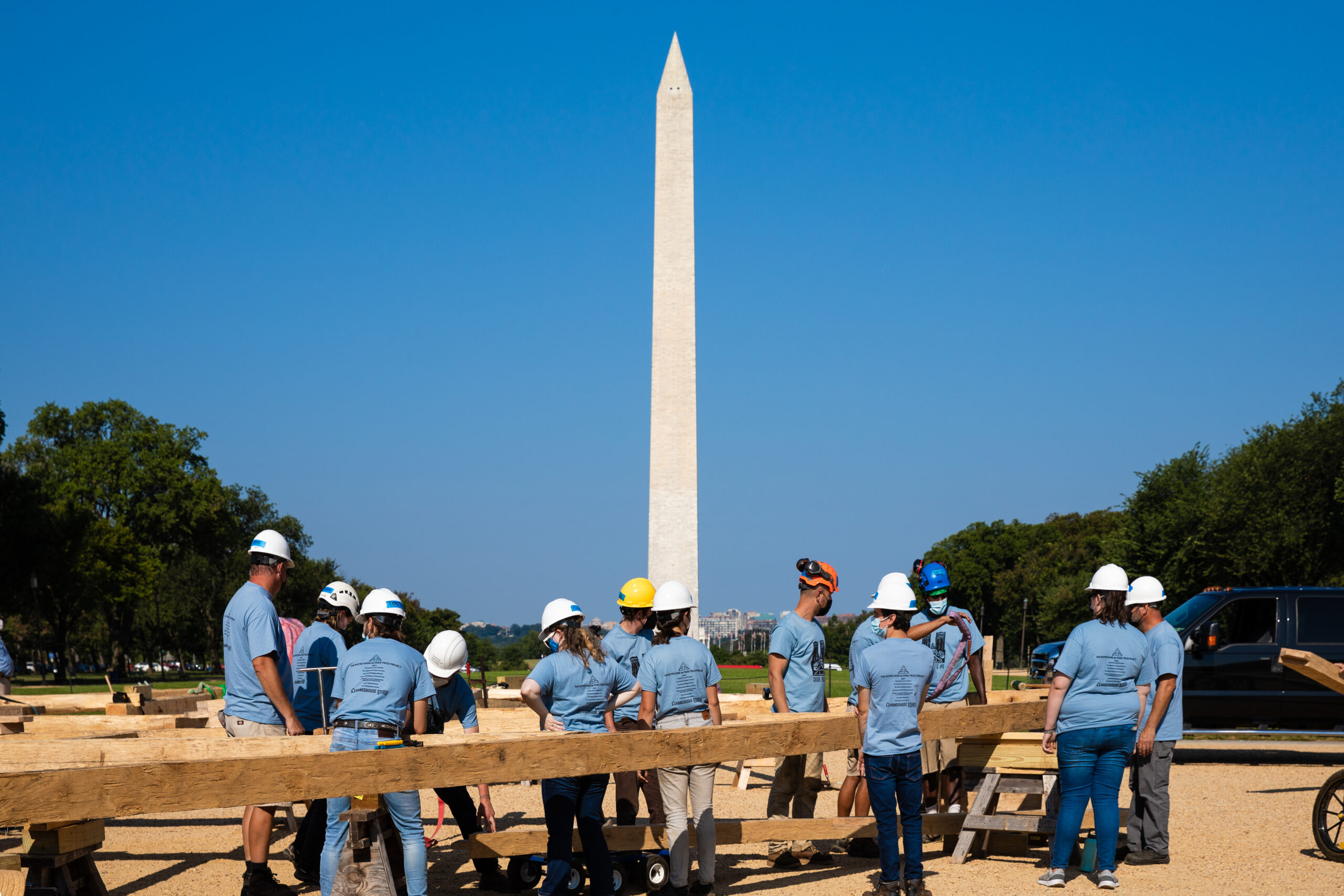 In 2019 Notre-Dame de Paris was almost lost to fire. On August 5, 2021, in partnership with the National Park Service’s Historic Preservation Training Center and with support from Preservation Maryland, the truss was recreated and raised on the National Mall in Washington, D.C. 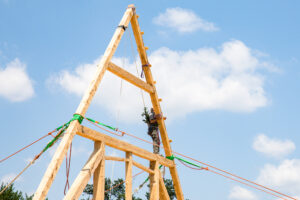 Moss Rudley, Superintendent of the Historic Preservation Training Center, partner in Preservation Maryland’s Campaign for Historic Trades, keeps with tradition by placing a leafy branch on the highest beam of a completed build.

Handshouse Studio, in partnership with Charpentiers sans Frontiéres, reconstructed Notre-Dame de Paris Truss #6, one of the oldest trusses from the roof above the choir. The Handshouse Notre-Dame truss reconstruction was made using the official drawings created by the French lead architects Rémi Fromont and Cédric Trentesaux.

Tradesperson in training! A young boy stops by The Campaign for Historic Trades’ booth at the truss raising event

As stated by Handshouse, the project is a gesture of global solidarity with fellow traditional crafts people and an act of goodwill among neighbors.

The full-scale truss was built in a 10-day workshop at The Catholic University of America, concluding August 4th.

Many people think historic trades are “lost arts.” This truss raising demonstrates these skills are not only alive, but they are viable, teachable, and valuable. The Campaign for Historic Trades will continue to advocate for these hands-on learning experiences and introducing people to these traditional building arts.

The recreation of Truss #6 can be viewed at the National Building Museum in Washington, D.C. through September 6th.

To learn more about training in the traditional trades, visit The Campaign for Historic Trades, a national workforce development program powered by Preservation Maryland.