Preservation Maryland is conducting a study to document the architecture and history of public K-12 schools built in Maryland before 1980. Maryland’s historic schools tell a profound story about the history of our state and are intrinsically interconnected with the communities in which they reside. The structures themselves are the physical vestiges and reminders of how we have approached education and grappled with complex and challenging issues, from managing growth to racial integration and beyond. This project will provide a framework for evaluating the architectural and historic significance of the state’s public schools and a roadmap for future preservation activities. 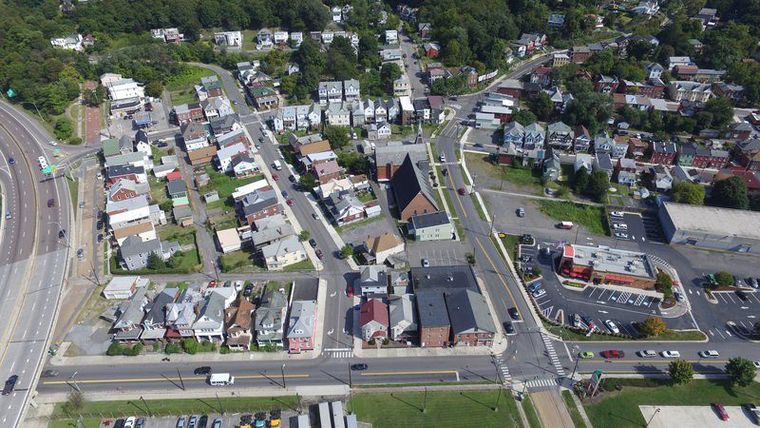 Preservation Maryland, the state’s oldest and largest historic preservation advocacy organization, joined a growing chorus of concerned local citizens in announcing their serious concern today over a proposed project in Cumberland, Maryland that would demolish a historic neighborhood to make way for incompatible and economically unsustainable low-density commercial sprawl.

The proposed project takes a page from the disastrous ‘urban renewal’ projects of the 1960s and focuses its efforts on the Rolling Mill neighborhood on Cumberland’s historic eastern edge. Portions of the neighborhood have already been listed as a National Historic District by the Maryland Historical Trust while many of the adjoining properties not yet included in the formal District are also considered to be eligible for inclusion in the District by architectural historians. In addition, unlike many historic structure demolition efforts elsewhere, the majority of the homes in the path of this project are still owner occupied. Neither the City of Cumberland, nor the Cumberland Economic Development Corporation (an instrumentality of city government), has yet ruled out utilizing the power of eminent domain to seize homes for this questionable economic development scheme.

Regrettably, the exact details of the plan remain unclear, despite attempts by Preservation Maryland and local citizens to ascertain information via the state’s Public Information and Open Meetings Act. These details are critical to understanding the full scope of the project – and to what extent the city has complied with applicable other law, preservation law and otherwise, including Section 106 of the National Historic Preservation Act and §5A–325 and §5A–326 of the State Finance and Procurement Act. Preservation Maryland has made yet another request and is reviewing all options should the Cumberland Economic Development Corporation refuse to comply with established law.

Fortunately, many prudent and feasible alternatives exist and Preservation Maryland stands prepared to assist the city and residents alike in adopting a new strategy that engages the community and addresses reinvestment and economic development in a manner respectful of Cumberland’s past and future. Preservation Maryland is prepared to assist in drafting that plan the moment the City of Cumberland tables this costly, damaging and unsustainable proposal.

“Economic development and well-preserved communities can and do coexist together. We’re optimistic the attention our opposition will bring will make the city reconsider their proposal and take us up on our legitimate offer to work towards a much more vibrant and prosperous future for this community.”