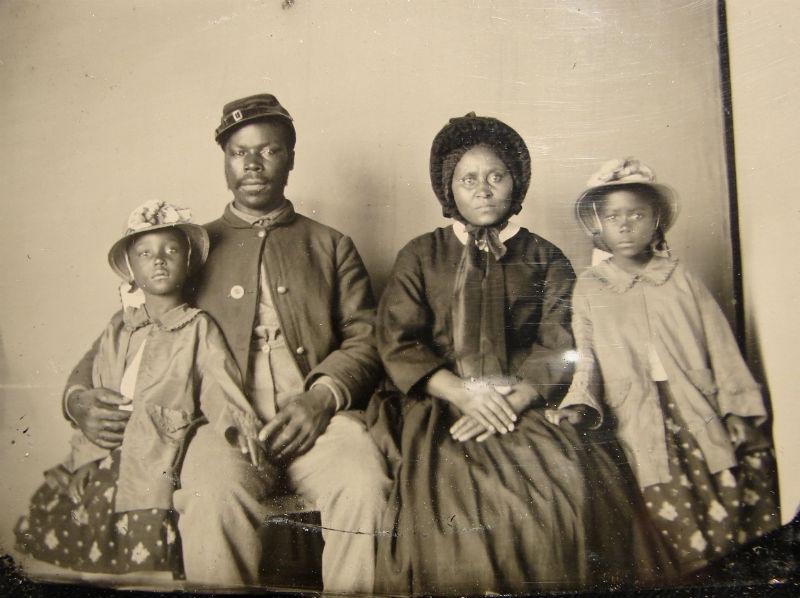 On April 9, 1865, the long and bloody fighting in Virginia came to its dramatic conclusion at Appomattox Court House. The story has been told many times — but often overlooked is the story of Maryland’s African American soldiers present for the surrender of the Confederate Army of Northern Virginia.

One of the regiments present was the 7th Regiment of United States Colored Troops (USCT). Organized in Baltimore in September of 1863, the 7th USCT, was engaged in many of the eastern theater of combat’s bloodiest engagements. Former slaves and freedmen alike from all across the state flocked to the regiment. So many formerly enslaved recruits enlisted from southern Maryland that the regiment opened a temporary recruitment office in Mill Stone Landing — near modern day California, Maryland. 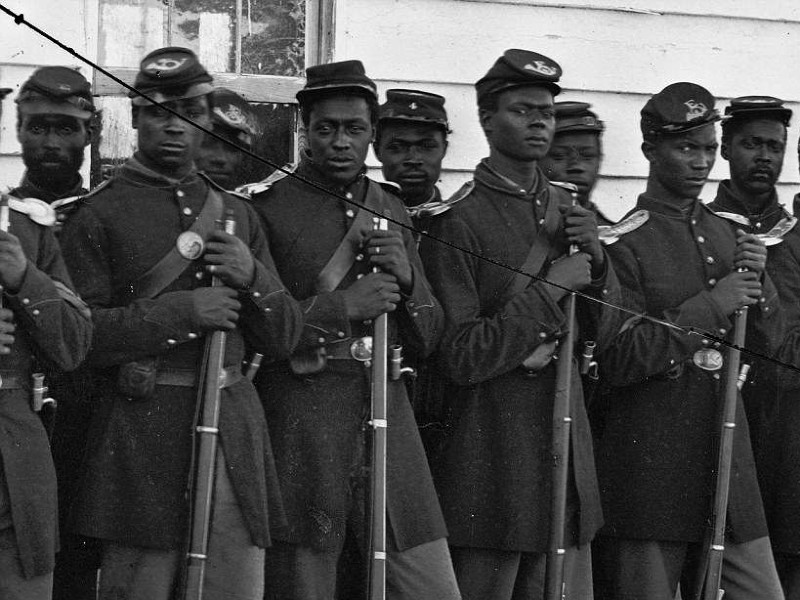 The regiment saw service in Florida and South Carolina before returning to Virginia for the conclusion of the fighting in the trenches around Richmond and Petersburg. When those two citadel cities finally fell to the Union Army, the 7th USCT, along with other USCT regiments, joined the pursuit of Robert E. Lee and his tattered Army of Northern Virginia across the 90 or so miles to Appomattox Court House. There, on the morning of April 9, 1865, as Union General Ulysses S. Grant and Confederate General Robert E. Lee contemplated a final surrender and conclusion to their hostilities, the 7th USCT was engaged in a final clash.

Often overshadowed by the surrender which occurred later that day, the fighting began at dawn of April 9, 1865 when Confederate troops under Major General John B. Gordon assaulted Union cavalry positions. While the Confederate assault was initially effective, once the Confederate troops overtook the first Union line — they encountered tens of thousands of fresh Union troops waiting over the next ridgeline. It was a near impossibility that the assault could be sustained and Gordon remarked that he had fought his troops to a “frazzle.”

The Union Army 25th Corps, which included the 7th USCT, was engaged during this final clash — with nearly 5,000 African-American troops present for the combat. Following the combat, Lee was certain of the need to surrender and the meeting with Grant and formal ceremony that has filled so many history books would follow.

The 7th USCT would continue its service until 1866 as a part of the Union Army positioned around the south during reconstruction. It was disbanded in 1866 with many of its veterans returning to their native home of Maryland. Unfortunately, their fight for liberty and equality had only just begun. Sgt. Maj. William McCeslin of the 29th USCT ominously concluded that, “We, the colored soldiers, have fairly won our rights by loyalty and bravery — shall we obtain them? If we are refused now, we shall demand them.”

Today, the 7th, along with the seven other USCT regiments with Maryland soliders is memorialized by a statue in Lexington Park, Maryland where so many soldiers were recruited.