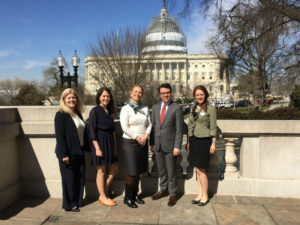 Preservation Maryland Executive Director Nicholas Redding has been featured as Preservation Action’s monthly Preservation Hero for his role on the front lines of preservation advocacy and for his impact and inspiration to preservation practitioners across the country. 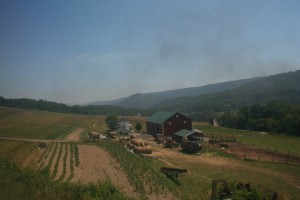 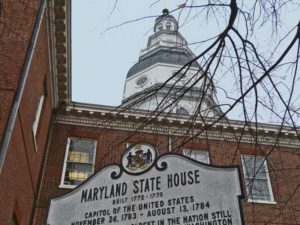 Maryland Governor Larry Hogan has released his proposed budget for fiscal year 2021, including funding for a number of key preservation and smart growth programs.

As a result of Preservation Maryland’s ongoing and sustained advocacy $9 million more historic tax credit projects were funded across the Old Line State. As a result, nearly $58 million worth of projects will move forward – underscoring the importance of preservation advocacy.

The Hogan Administration announced today that the Maryland Historical Trust (MHT), a division of the Maryland Department of Planning (Planning),  awarded  more than $9 million in tax credits to leverage more than $58 million in related project costs. The five applications selected for the 2019 tax credits were based on an established set of criteria, including those outlined by the U.S. Secretary of the Interior for historic building rehabilitations.

Maryland Governor Larry Hogan was quoted in the state’s press release noting that, “The Heritage Structure Rehabilitation Tax Credit is one of the most effective investment tools for strengthening Maryland’s local economies. The five projects awarded this year will bring new housing, commercial, and arts opportunities through redevelopment across Maryland.”

From the Press Release: “The Heritage Structure Rehabilitation Tax Credit, administered by MHT, has invested more than $401 million in Maryland revitalization projects since it began in 1996. The investments have helped restore more than 4,709 homeowner and 693 commercial historic structures, preserving buildings that contribute to the distinct character of Maryland’s towns, cities and rural areas.”

According to the state’s press release, seventeen applicants had sought $27 million in tax credits for construction projects totaling more than $233 million in estimated costs. The lack of funding has been a chronic issue for Maryland’s state historic tax credit program and as the buying power of a $3 million credit is reduced, fewer and fewer projects are able to be funded. Preservation Maryland Executive Director Nicholas Redding addressed the challenge and explained that,

“While we are extremely pleased to see these latest projects funded – support for Maryland’s historic tax credit program has fallen well behind our peers in the region. Our neighbors in Virginia provide almost $100 million annually to their state historic tax credit program and just last year West Virginia increased their appropriation to $35 million compared to Maryland’s $9 million investment. We can and must do better moving forward if we are serious about revitalizing our state and competing regionally.” — Preservation Maryland Executive Director Nicholas Redding This large and exuberantly detailed Queen Anne styled, brick and brownstone mansion was built circa 1895 in the fashionable Eutaw Place neighborhood. The house was constructed for Captain Isaac Emerson who made his fortune with the invention of a headache powder known as Bromo-Seltzer. The structure was converted to office and institutional uses followed by vacancy which resulted in loss or obstruction of many of the building’s highly decorative finishes and features as well as deferred maintenance and vandalism that have significantly endangered the site. The rehabilitation of the mansion will reactivate this significant property to serve the neighborhood as a community resource center with an early childhood education center, community rooms and apartments on the upper floors. Standing prominently on the corner of East North Avenue and Saint Paul Street is the Seventh Metro Church. This imposing Gothic Revival, stone masonry building, was constructed in two major phases. The rear section of the building, now called the Chapel (formerly the Immanuel Baptist Church) was constructed in 1882 and still contains significant Victorian features, such as decorative wood and plaster work. In 1905, a new building was constructed on North Avenue and became the main sanctuary space for the congregation. This part of the building is in keeping with the earlier chapel’s Gothic Revival Style and features lancet stained-glass windows, buttresses, and stone spires. The interior of this section dates to 1919 and is largely intact. This rehabilitation project will focus on preserving the structure, restoring the stained-glass windows and plasterwork, while also converting it into a concert venue and marketplace. The Visitation Frederick campus includes several buildings that total approximately 55,000 square feet. The main building was constructed in 1824 as a monastery for the Sisters of Charity, who established one of Frederick’s first schools for young girls. Throughout the mid-19th century, several additions to the main building were added. The campus centers around an interior courtyard overlooked by covered balconies. Visitation was run by cloistered women in the Order of the Visitation, a Roman Catholic sisterhood, from 1847-2005 and then as a Catholic girl’s elementary school until 2016. The campus was also impacted by the Civil War when a portion of the monastery and school building was used by the Union Army as a hospital following the Battle of Antietam. This project will convert the school and monastery into a boutique hotel, restaurant, and wedding venue that will also feature apartments and the construction of new townhomes.

The American Ice Company building was constructed in 1911 as an ice plant to replace the supply of natural ice with a manufactured product. At the time of its construction, the building was one of the largest and most modern plants of its kind in Maryland. The company operated the building until the 1960s when they sold it to the Baltimore American Ice Company. The building continually operated as an ice manufacturing plant from 1911 to 2004, when a fire significantly damaged the warehouse and loading areas at the rear of the historic building. The building reflects the adaptation of a large industrial enterprise to a changing technological and social landscape, and over the course of the 20th century, the site saw several phases of additions to adapt to the ever-changing ice industry. Abandonment of the building along with the fire have left the ice plant damaged and endangered. This project will embrace the historic unique industrial character of the ice plant buildings while adapting its spaces to multiple new uses as an art gallery, restaurant and event space. The original portion of the Ox Fibre Brush Company factory was constructed in 1892 to house a growing brush making firm that continued to expand and grow with new additions being added into the 1930’s. This company is a good example of the changes in manufacturing brought on by the introduction of railroad connections that allowed small industrial enterprises to rapidly expand into large scale manufacturing firms. At the peak of its operations in the 1930’s and 1940’s the factory produced more than 24 million brushes for sale annually. The plant was closed in 1966 when the company relocated out of state and the complex has since served as the home of Goodwill Industries. Rehabilitation of the complex will preserve the historic industrial character of the brick factory buildings while converting the spaces for use as loft apartments.