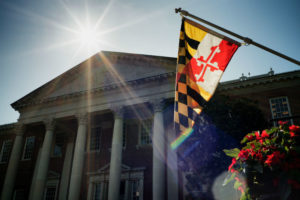 In 2016, Preservation Maryland successfully advocated for the re-authorization of the Historic Structure Rehabilitation Tax Credit Program for the next five years! The victory helped keep much of the highly successful program the same and made key adjustments to be even more effective.

FROM THE DEPARTMENT OF PLANNING ANNOUNCEMENT

The Heritage Structure Rehabilitation Tax Credit and its predecessor program, administered by MHT, an agency of the Maryland Department of Planning, has invested more than $394 million in Maryland revitalization projects since it began in 1996. The investments have helped restore more than 4,557 homeowner and 678 commercial historic structures, preserving buildings that contribute to the distinct character of Maryland’s towns, cities and rural areas. According to a study by the Abell Foundation, this Maryland program is estimated to have helped to create 28,565 jobs through construction and new or expanded occupation of these significant historic resources.

The eight applications selected for the 2018 tax credit were based on an established set of criteria, including those outlined by the U.S. Secretary of the Interior for historic building rehabilitations. 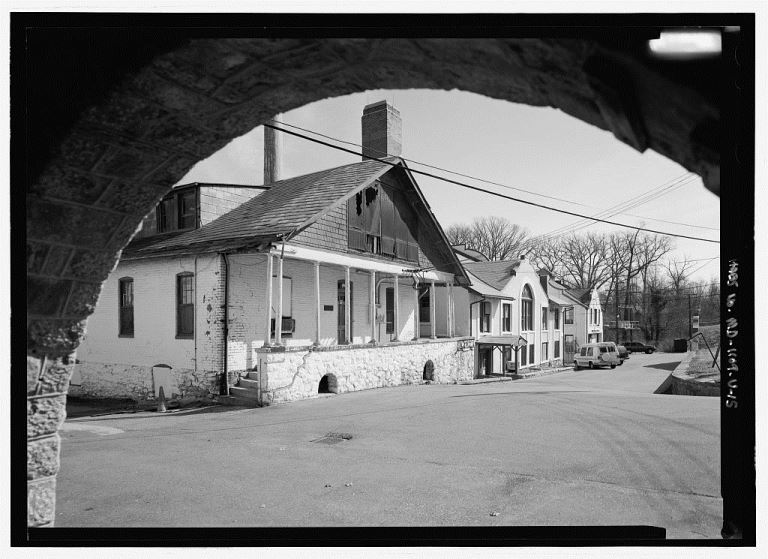 This group of interconnected structures was built in the late 19th and early 20th centuries as classrooms, mechanical support and service buildings for the National Park Seminary, a finishing school for young women. The buildings reflect the sometimes whimsically eclectic mix of architectural styles used throughout the campus. Despite the utilitarian functions of most of these buildings, they are notable as examples of the combination of Shingle-Style Victorian, monumental Classical Revival and Mission style architecture. The school, which was started in the 1880’s, was closed in 1942 when the site was requisitioned by the Army under the War Powers Act to serve as an annex to Walter Reed Hospital. Following an extended period of neglect and deterioration, the site was transferred out of Federal ownership and redevelopment began in the mid 2000s. This project will continue the progress in developing some of the remaining endangered properties on the site, transferring them into 15 new residential apartments.

This large scaled three-story masonry building was constructed for the Herbert Hearn Hardware Company in 1914. The company had been a fixture in the Cambridge downtown business district for over 60 years when it was sold in 1975. Following its sale, the building suffered long periods of vacancy and deterioration which led to the catastrophic collapse of much of the building’s roof and side wall in 2015. This significant Cambridge landmark was saved through a partnership between Dorchester County, the City of Cambridge and a private developer who took emergency action to stabilize the building and prevent its collapse.  Moving forward this rehabilitation will complete these efforts, allowing the exterior of the building to be restored, based on early photographs, to its historic appearance and creating a mix of rental apartments and first floor commercial spaces to revitalize the streetscape.

Constructed in 1924, this small-scale urban industrial building is a uniquely intact example of the type of small manufacturing buildings that were historically found in mixed residential communities in the early 20th century. The structure was built by the I.C. Isaacs & Company garment factory known as a producer of men’s and women’s equestrian wear and its association with Maryland’s horseracing industry. Garment production on this site ceased in 2009 and was followed by occupants such as warehouse storage and wholesale merchandising. When renovated, this structure will once again contribute to the vitality of the neighborhood and provide new jobs as the headquarters for Barcoding Inc., a local Baltimore technology company with a combination of spaces updated for use as office suites, warehouse and production/testing.

Constructed in 1921, the Belnord Theatre was designed in a minimalist classical style. The theatre served the neighborhood for 44 years before it closed in 1965.  Following its closing the property was altered and much of the interior was lost as it was converted first to a grocery store and later as a Punk Rock venue.  Rehabilitation of the building will feature the restoration of the front façade to its early appearance based on photographs from 1923. The project will also restore and incorporate surviving interior details from the theatre into the design of the new spaces. These details include two decorative shallow ceiling domes, architectural metalwork and the original theatre balcony and railing. Following completion of the project the restored building will serve as the home The CASA of Baltimore Neighborhood Center, hosting a multipurpose center offering training, workforce development, education services and advocacy to the immigrant community of the Baltimore region.

This large masonry building was originally constructed in the 1890’s as a three-story Italianate style mansion in what was then one of Baltimore’s most prestigious neighborhoods.  By 1906 the changing nature of the neighborhood led to the construction of a large, sensitively designed rear addition that included a mansard roofed, fourth floor.  These changes transformed the structure into a 24-unit apartment building with retail spaces on the ground floor.  This building has been vacant for the last several decades and has experienced significant deterioration.  While much of the historic interior of the building has been lost, the rehabilitation will restore the exterior of the building to its 1906 appearance and preserve the remaining historic interior finishes such as the decorative mosaic vestibule floor, door and window casings as well as the elaborate staircase.  Following rehabilitation, this long neglected structure will provide new rental apartments that will contribute to the vitality of the neighborhood.

This fine example of Georgian Revival architecture was constructed in 1901 for the Alex Brown and Sons banking house. Alex Brown and Sons remains the oldest investment banking concern in the United States, having its start with the underwriting of Baltimore’s first public water works. The building was constructed of red brick masonry with highly articulated lime stone and granite detailing augmented with elaborate bronze windows, doors and railings. This building is also notable for its original fireproof design which enabled it to be one of only a few buildings to survive the disastrous 1904 fire which destroyed much of central Baltimore. Rehabilitation of this building will sensitively convert the elaborate and monumental interior spaces for use as a 170-seat restaurant and office spaces on the upper floor. This new use is being designed to retain and celebrate the building’s many architectural features such as the large stained-glass dome, decorative marble columns and wall treatments, fireplaces, wood paneled walls and marble staircases.

The McCrory’s 5 & 10 Cent Store which had been previously located on North Market Street since 1910, relocated to its new building on West Patrick Street in 1928.  By 1929 the store expanded with another new storefront once again on North Market Street, creating a unique l shaped structure with large open shopping areas filling the middle of the block.  Changes in the retail market led to the closure of the store in 1996 after which the building housed the Frederick Arts Council which closed in 2012.  Rehabilitation of this structure by the Ausherman Family Foundation will restore both storefronts while creating a state of the art theatre, event spaces, studios and retail spaces.

The Union Brothers Furniture Company complex is a good example of utilitarian manufacturing facilities that have grown over time. Construction began in 1923 with subsequent additions in 1925 and 1955. This growth over time provides an interesting illustration of the changes in construction technologies over the first half of the 20th century culminating in the 1955 addition featuring streamlined mid-century modern design elements in its window, canopy and storefront designs. The site continued use as a furniture factory until production shut down in 1977. Since that time the structure has largely been used as a storage warehouse. Rehabilitation of this site will convert the buildings to a mixed-use development featuring opportunities for multiple restaurants and office suites in the rapidly developing Stadium Square area.