Journey Through Maryland History: The Stories of Charles County

Time travelers and Preservation Maryland members, Diane and Jeff Caslow, recently explored all the history and stories the Charles County has to offer. If you’ve been keep track they are about half way through their goal to visit every county in Maryland in a two year window.

In 1608, Captain John Smith sailed up the Potomac River and stopped at what was then a natural deep water port, which would later become Port Tobacco. He encountered the Piscataway Indians who inhabited the area along the Potomac River in Charles County; so noted in his map of the region. Established in 1658, Charles County is one of the oldest in Maryland, and rich in history. 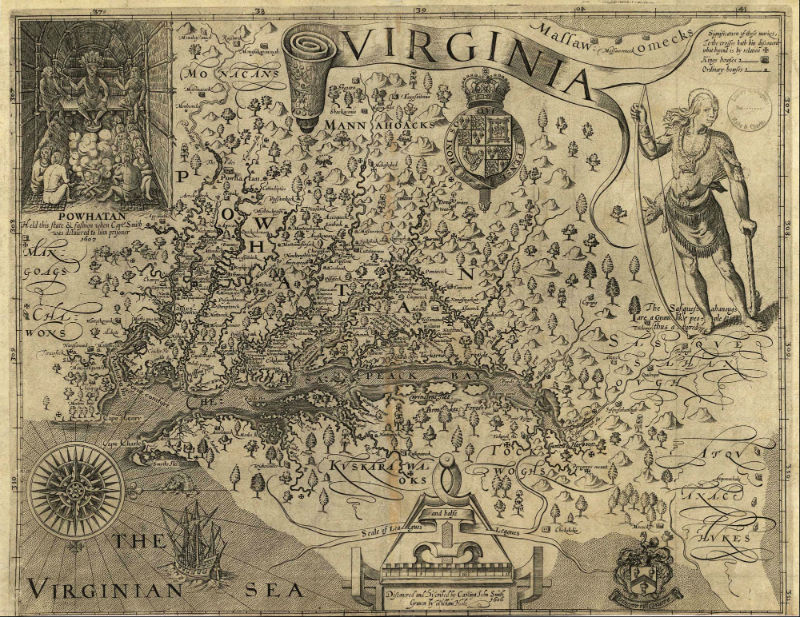 Our first stop was, not coffee as our usual, but checking out the Ghost Fleet of Mallow Bay. Mallows Bay is considered to be the largest collection of shipwrecks in the Western Hemisphere. Many are wooden steamships, part of a fleet built to cross the Atlantic during World War I, towed to Mallows Bay in 1925.The bay was listed as an Historic and Archaeological District on the National Register of Historic Places in 2015. We could see some of the wrecks from the boat launch and look forward to returning to see them close up through one of the many kayak tours. 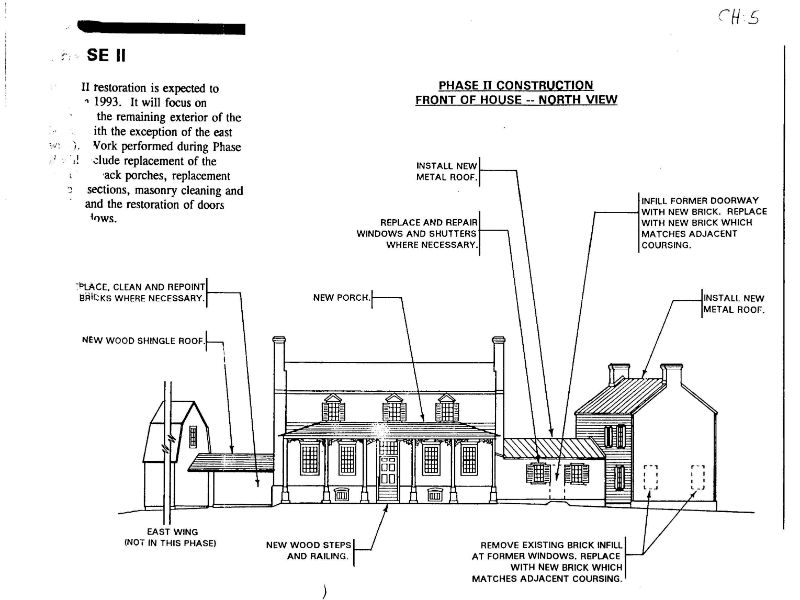 The Thomas Stone house was restored after a fire in 1977.

Next stop was Haber de Venture, the home of Thomas Stone that is marked as a historic site with a  marker along the county road. We were lucky to discover a natural storyteller in the Park Ranger who gave us a tour at the Thomas Stone National Historic Site. Thomas Stone had a rising career in politics, and was one of the signers of the Declaration of Independence, but later gave up his public life to care for his wife, Margaret Brown, suffering from smallpox. She died at the age of 36 and Thomas died four months later, some say of a broken heart. 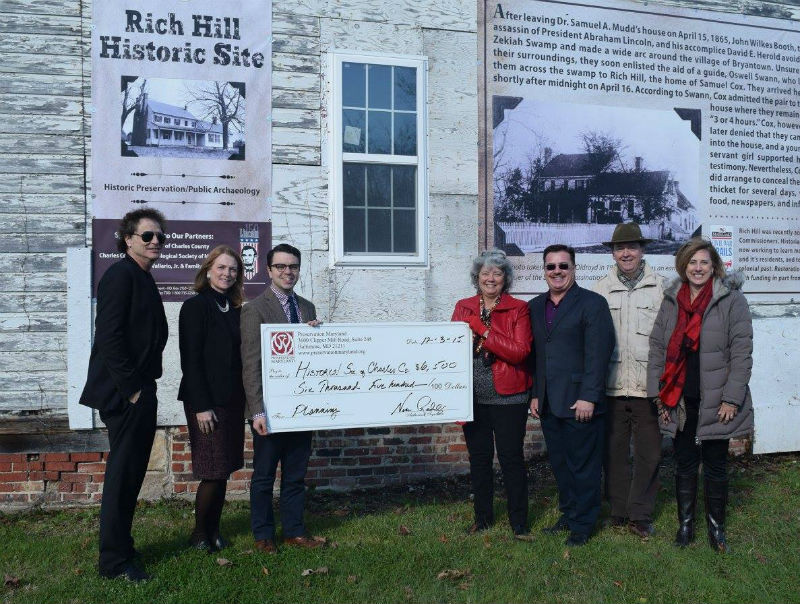 Port Tobacco, as its name suggests, was once a thriving port – only four buildings remain, a: schoolhouse, courthouse, print shop, and jail. The buildings and setting are maintained and interpreted as the Historic Port Tobacco Village by the Charles County Government. On site, our tour guide was Dave Taylor, a member of Friends of Rich Hill, the non-profit group that helps support the rehabilitation of the home of Margaret Brown before she married Thomas Stone.

He told us of the long history of Port Tobacco, starting with its importance as a port and county seat to its demise as the river began silting in and was bypassed by the railroad. He also told us how the story of John Wilkes Booth’s escape intertwines throughout the region. We had planned on only staying for a short while, and did not realize that we were there for the better part of two hours!

We traveled a few miles south to see St. Ignatius Church, sitting high on a hill with a panoramic view of the Potomac River. It is thought to be the oldest continuously operating Roman Catholic parish and was considered to be an important center for converting native Americans to Christianity. Of note, “Catholic parish records identified Indian families, when civil records used only designations of free people of color, colored, or Negro for mixed-race persons, thus failing to record their cultural identification. The two state-recognized Piscataway-descendant tribes have used Catholic records in making their case for cultural continuity.”

I like to see some of the further points of the counties we explore, so we head south to Cobb Island. The Island is bound by the Wicomico River on one side and the Potomac on the other and we drive pretty much the whole island. Jeff spies a familiar mast and sure enough, he finds the Skipjack Caleb W. Jones anchored in the small harbor.  We hear that Captain John’s Crab House is the place to be but the wait is about an hour, so we head north for our final stop. 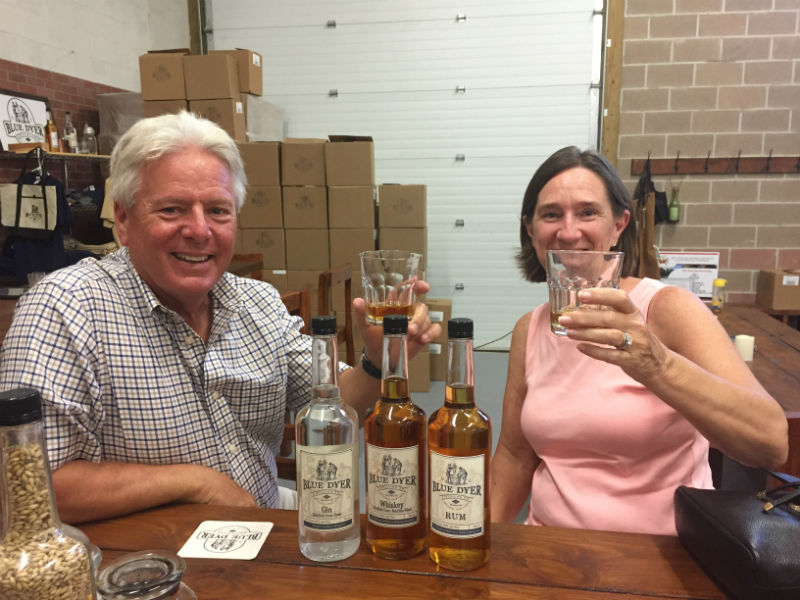 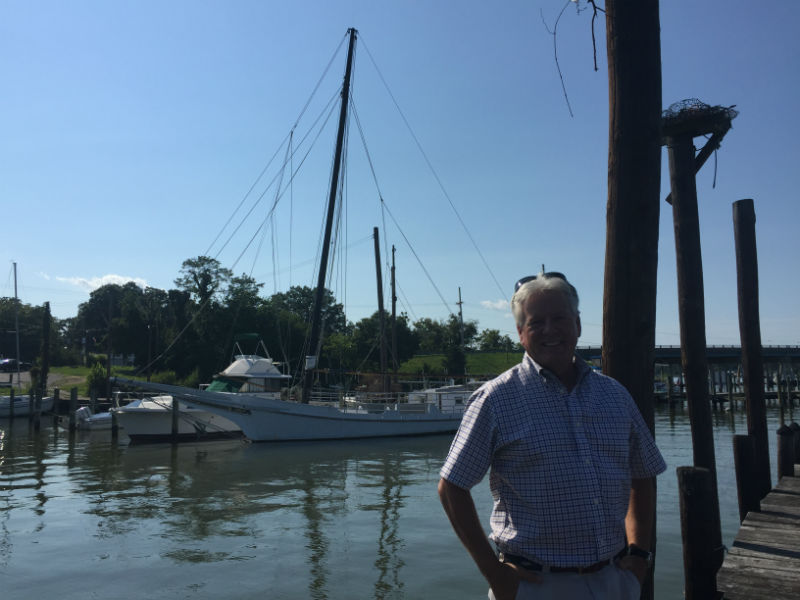 We had wanted to see the Dr. Mudd House Museum in Waldorf, but by the time we got there it was already closed. Not to finish on a low note, we decided to check out a new distillery nearby, Blue Dyer. Hidden in an industrial park, we were treated to an extensive education on the distilling process by one of the co-owners, Walker Dunbar, while sipping rum along the way.  Walker was another great storyteller, weaving in stories of the original blue dyers and bootleggers.

I know I say that each county we explore always has something unique and interesting for us to discover, and Charles County was no exception, just some exceptional storytellers. Next month we explore Garrett County.