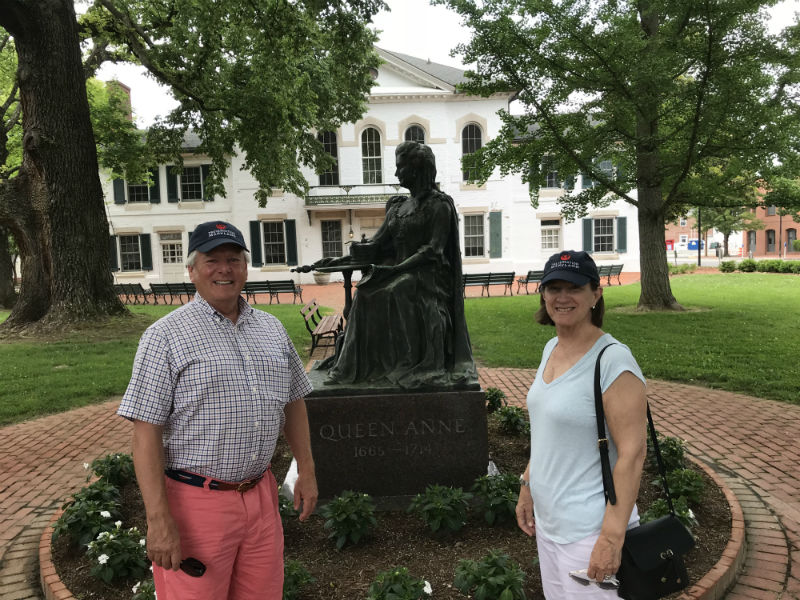 Diane and Jeff Caslow at the Queen Anne County Courthouse, 2018.

One their two-year journey to visit all of Maryland’s twenty-four counties, the Caslows took a June roadtrip to Queen Anne’s County, in their lastest installment documenting Maryland history through heritage, cultural, and culinary heritage.

County number twenty one was Queen Anne’s County on our twenty-four month adventure to explore each of the counties and Baltimore City in Maryland. “The first settlement in Maryland was on Kent Island in August 1631, referred to as Winston’s Island. Although the county has a number of properties on the National Register of Historic Places, the original settlement no longer exists. One of the oldest towns still existing is Stevensville, earlier known as Broad Creek.” So we started our daytrip there… The first Saturday of the month from May through October, the Historic Sites Consortium of Queen Anne’s County opens sites for visitors to enjoy. Historic Stevensville’s Arts and Entertainment District also hosts a number of events on the first Saturday, so our timing worked well to weave in arts and history.

We start with a walking tour of the town, published by the Kent Island Heritage Society. The town owes its development to the steamboat trade between the eastern and western shores of Maryland, along with the rise of the railroad. Many of the historic structures on the walking tour have been adapted for new uses. 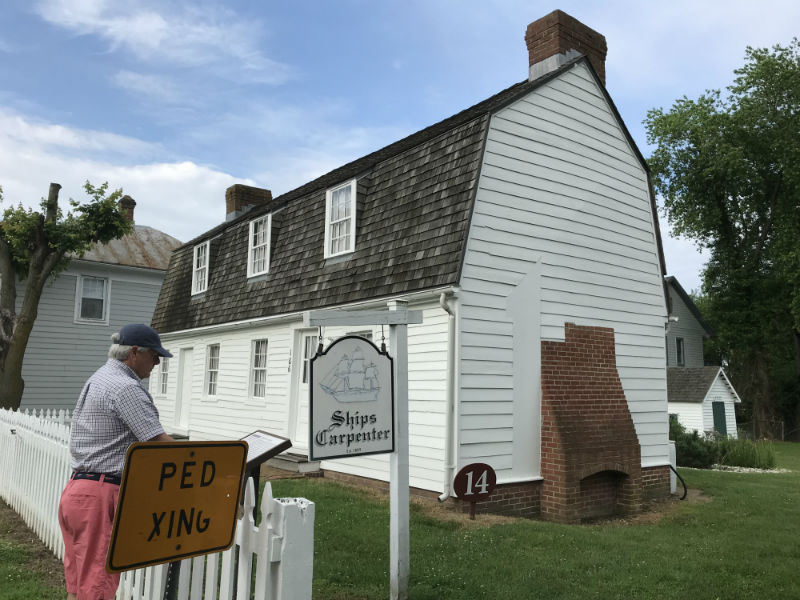 In keeping with our required starting point, we stop at Peace of Cake, originally the Charles Stevens Store built in 1865, for coffee and an excess of baked goods for the day’s trip. We end up at the Kent Island Federation of Arts, discussing the artist community with the owner of My Little Studio, and purchase some gifts for future use. She reminds us that there is more to Queen Anne’s county than driving Route 50 through it to the beach, and we agree!

Crisscrossing Route 50 and getting off the main highway gives you a better sense of the county and the rich history that is alive here. Although Queenstown is probably best known now for outlet shopping, but take the road to the small town and discover the oldest Colonial era courthouse in continual use, dating from 1708. 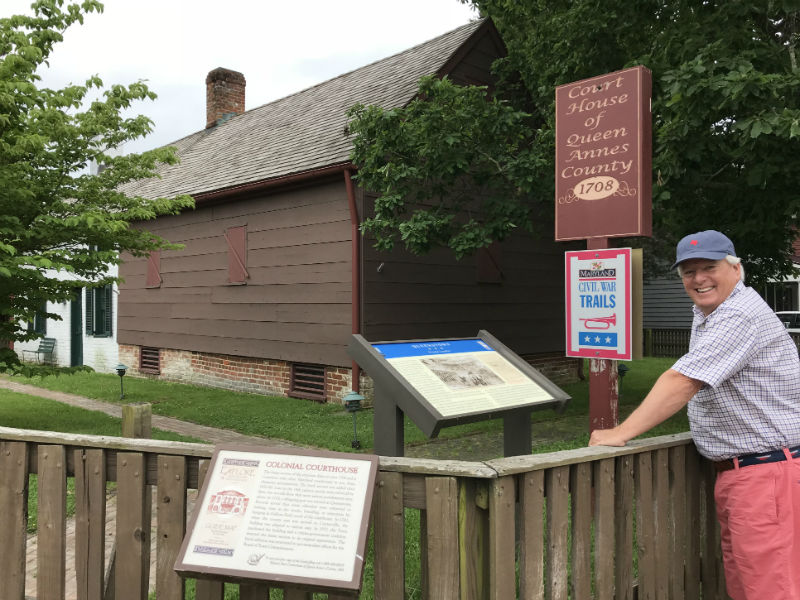 We drive south to Wye Island, looking for Wye Hall. It is a Georgian Revival house, built in 1936, built on the site of the William Paca plantation mansion that burned down in 1879. William Paca is buried in the family cemetery there, and as it is a private residence, we just do a drive by photo and admire the serene beauty of Wye Island. 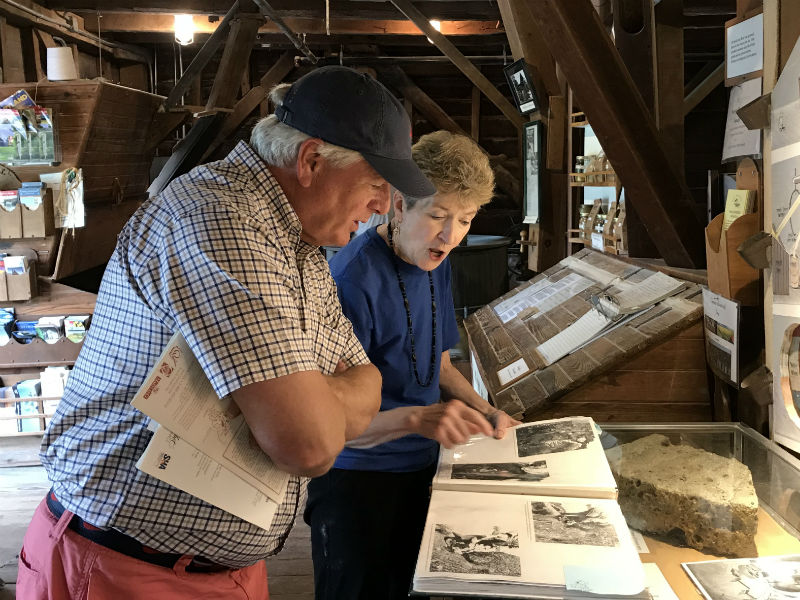 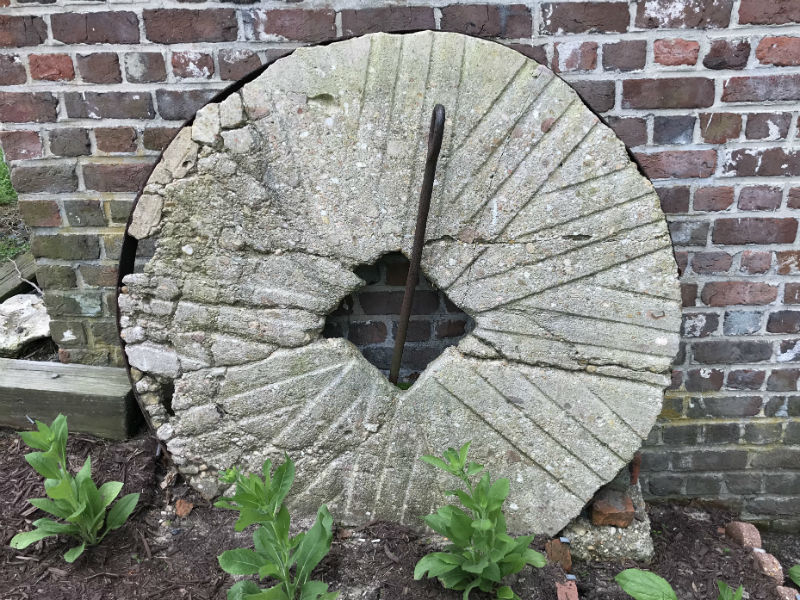 We head north to the Wye Mill, which is in Talbot County, but actually half of the mill is in Queen Anne’s County. We get an amazing history lesson from a dedicated volunteer, watch the miller at work, and take away some freshly milled cornmeal and recipes for future use.

We head to the northern most town in the county, Sudlersville and explore a restored train depot in its current use as the Sudlersville Train Station Museum. The railroad history of the area comes alive through the small museum collection. Nearby at Dudley’s Chapel, we are greeted by knowledgeable volunteers and great storytellers of the past history and life in the area. Dudley’s Chapel, built in 1783, is one of the earliest Methodist churches in Maryland. 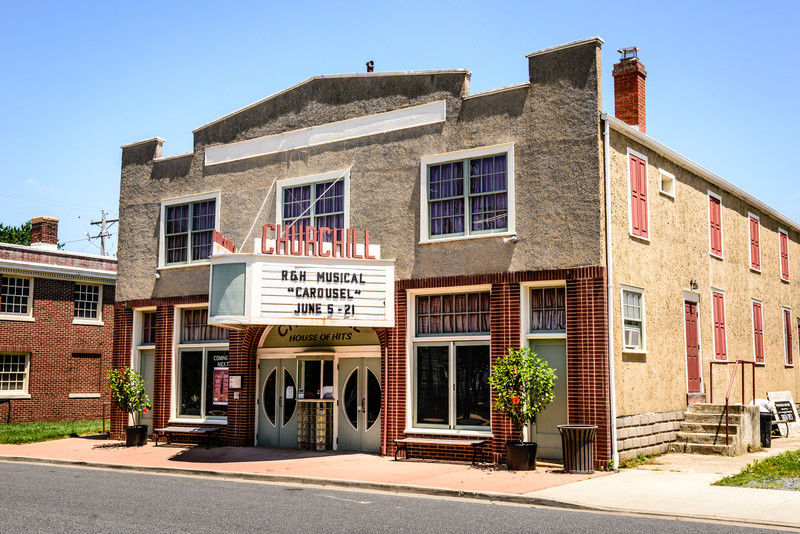 We first stop to check out the Church Hill Theatre, which received the Preservation Maryland a Best of Maryland award this year. It is a 1929 vernacular Art Deco building adapted for a new use as a community performing arts center. Nearby is St. Luke Espiscopal Church, built in 1732 at the cost of 140,000 pound of tobacco. It is the oldest intact brick church in the state. It is easy to admire something that has withstood the test of time.

Diane and Jeff Caslow at the Queen Anne’s County Courthouse, 2018.

We take a walking tour of the beautiful Victorian homes and tucked in between are some of the oldest homes, including the James Croney House and Tucker House, both built in 1794. There is Wright’s Chance, dating to 1744 which was moved to its current location in 1964 due to some preservation-minded citizens. We discovered a treasure trove of a museum collection and engaging storytellers at the Kirwan House. It was the home of Maryland State Senator James E. Kirwan (1900-1908), along with the adjacent store built in 1889. 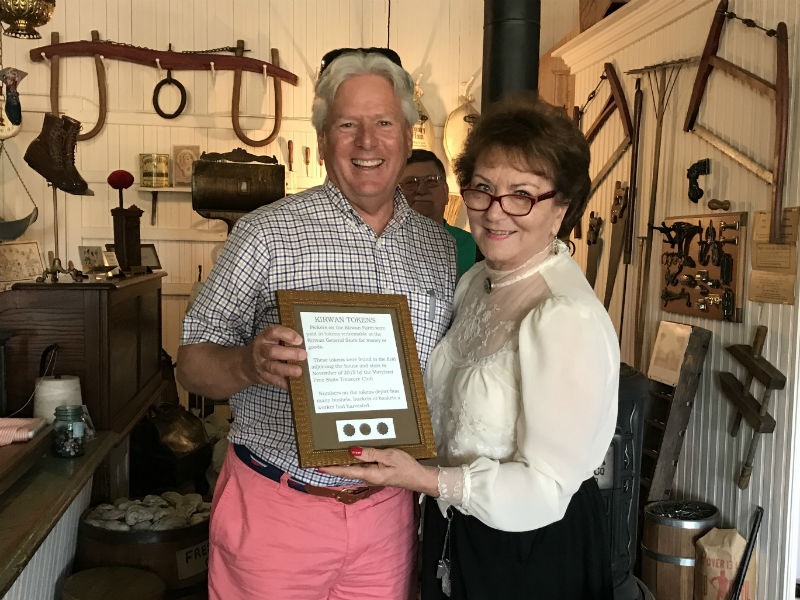 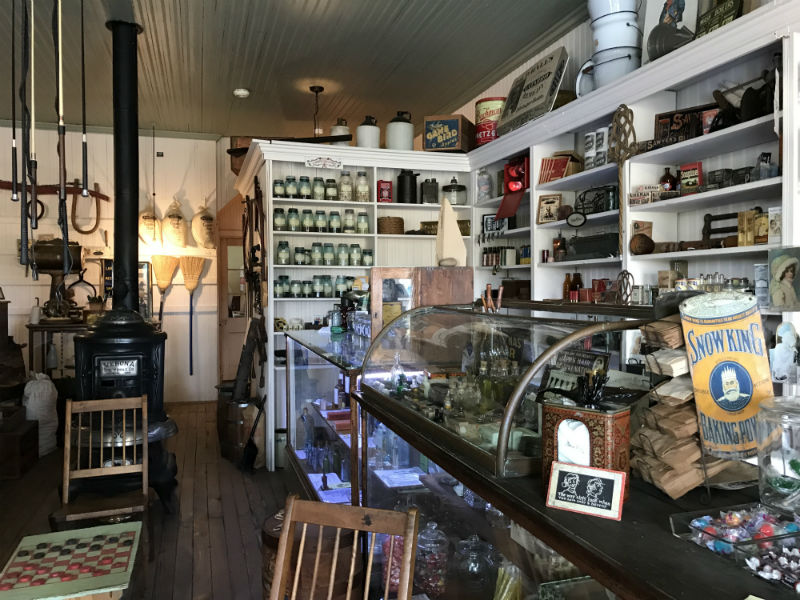 The volunteers told some pretty amazing stories, showed us some artifacts of what they are still finding in the area, and a sense of what life was like in this part of the county. It could have looked very different today as Senator Kirwan blocked a proposed proving ground, resulting in the Aberdeen, Maryland location instead. How different the county might have looked…

No day trip is complete without at least trying to find a brewery, winery or distillery. Along with a tour and tasting, we met one of the co-owners. He shares an interest in preservation, rehabbing a building and moving the distillery and opening a restaurant this fall in Stevensville. We cannot wait to come back and taste the new spirits in development.