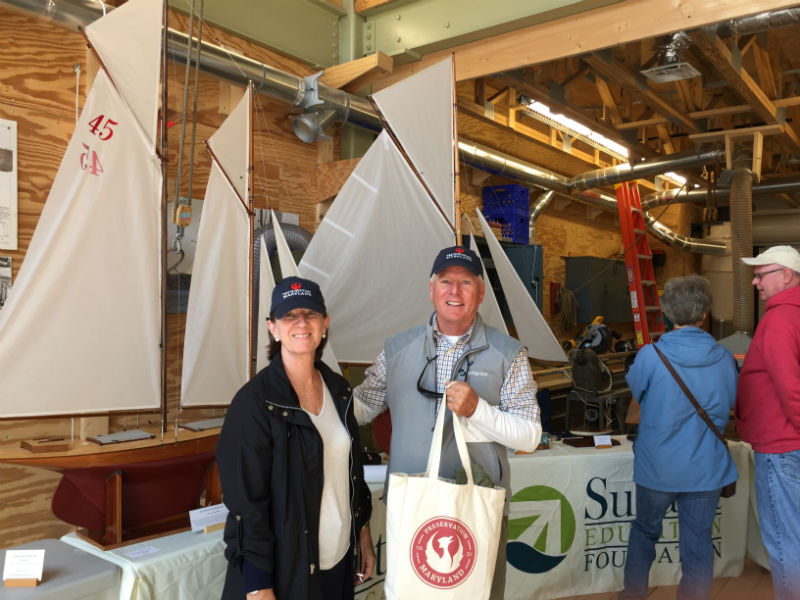 Journey Through Maryland History: Exploring Kent County Back Through Time

Last month, Diane and Jeff Caslow, members of Preservation Maryland continued their quest to visit each of Maryland’s twenty-four counties in twenty-four months. Next on the heritage tourism docket is exploring Kent County.

As we have seen in many of the counties explored along the Chesapeake Bay, the livelihood and life has been closely tied to the water. Kent County was once a thriving port, established in 1706, and was the shortest route between Virginia and Philadelphia via ferry from Annapolis on the Rock Hall.

Across America, many places lay claim to George Washington Slept Here and Kent County is no exception. Washington gave the College at Chester a founding gift in 1782, agreed to serve on the Board, and gave the institution permission to use his name. Washington College is the oldest college in Maryland.

Since 2001, the Sultana Educational Foundation in Chestertown has hosted the Downrigger Weekend starting the last Friday of October. It is the celebration of the last sail of the schooner Sultana and the Pride of Baltimore II before both vessels are downrigged for the winter and draws one of the largest crowds of tall ships on the East Coast. 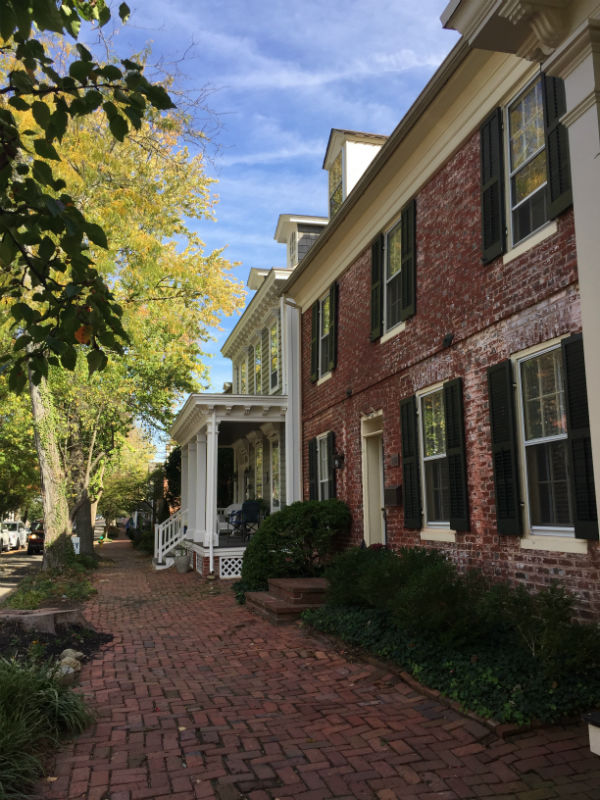 We arrived just in time to see all of the tall ships in port and board one before they set said for a morning tour. The Kalmar Nyckel is a 17th century replica of the first colonial Swedish settlement ship to arrive in America and is amazingly beautiful to step onto and hear about the life aboard ship. We watched the Pride of Baltimore II, Lynx, A.J. Merrwald, Lady Maryland, Sultana, and Sigsbee push away from the docks and their beautiful sails catch the fall wind, as so many sailboats before them.

We walked up from the docks, along High Street, into the center of town, stopping at Evergrain Bread Company for coffee and some delicious baked goods to fortify us until lunch. Downtown Chestertown was abuzz with people, enjoying the Downrigger Weekend events, eating and shopping. We took in the Halloween Parade scene, stopped into the History Center of the Kent County Historical Society to talk to one of the local history buffs and headed over to the Sultana’s Holt Center, mostly to see the exhibit on the model boats. As luck had it, one of the model boat builders had such deep knowledge of the boats unique to the Eastern Shore, and he made this part of the area’s maritime history come alive.

We flipped through “Chestertown: An Architectural Guide” to explore some of the wonderfully preserved, and in most cases, still inhabited homes and buildings in the historic district. We wander Cannon, Cross, High, Queen and Water Streets. We walked the cobblestone sidewalks as Jeff reads off the description of each of the examples as we go. Each is interesting in its own way, has a history attached to it, and certainly if houses could talk, would have some great tales to tell! Instead of fighting the crowds for a lunch spot, we head out of town for a quieter spot…

Rock Hall was established in 1707 and originally served as a shipping port for tobacco, seafood and other agricultural products. It continues to be a working harbor with commercial watermen side-by-side with more recreational fishing and sailing enthusiasts. We stopped for lunch at a favorite of the locals, the Waterman’s Crab House, known for its steamed crabs. The town created Rock Hall Village, some shops to wander through from all you need for a picnic to ice cream at Get the Scoop, which of course we could not pass up.

As it was the weekend before Halloween, we could not pass up a trip to one of the oldest churches and graveyards, just to spook us a little. Graveyards provide a unique kind of history and preservation of those who inhabited the area, going back centuries in the case of St. Paul’s Church. Opened in 1713, St. Paul’s is currently the oldest continuously used Episcopal church building in Maryland! 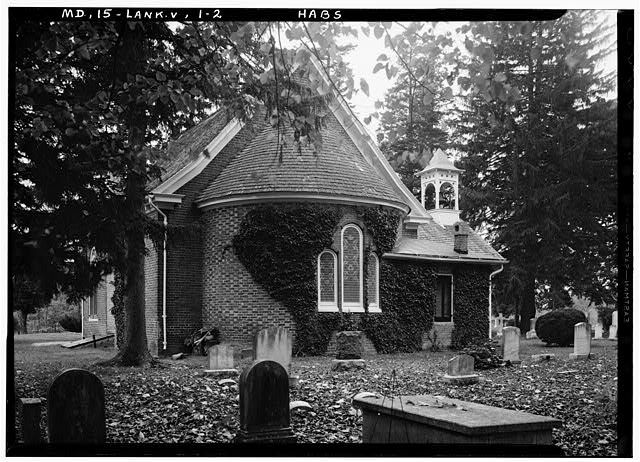 One of its most famous residents, Tallulah Bankhead, a silent film star is buried there. We were not successful finding her grave in the daylight, but we heard tales that the nearby Washington College students go looking for it at night. As it was a sunny fall day, I took a number of pictures directly into the sunlight, but you decide what created the green orb above a grave at the bottom of one of the photos. 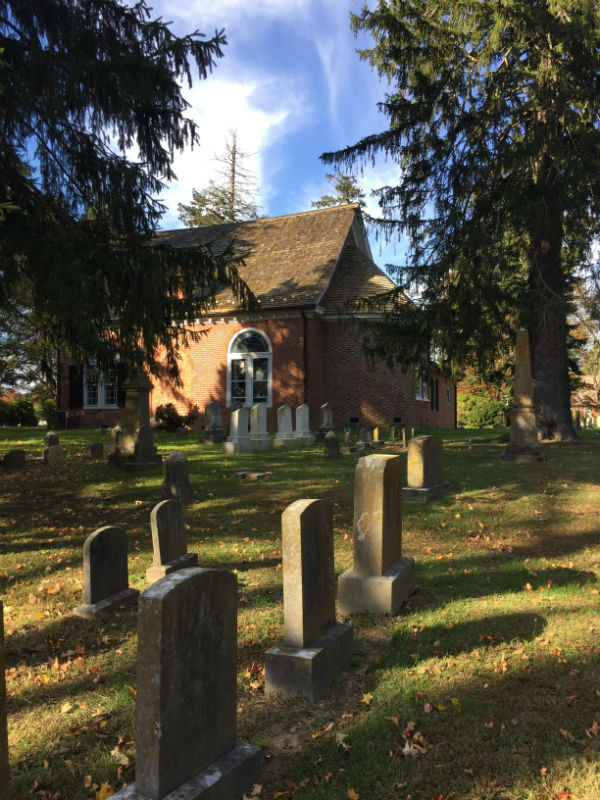 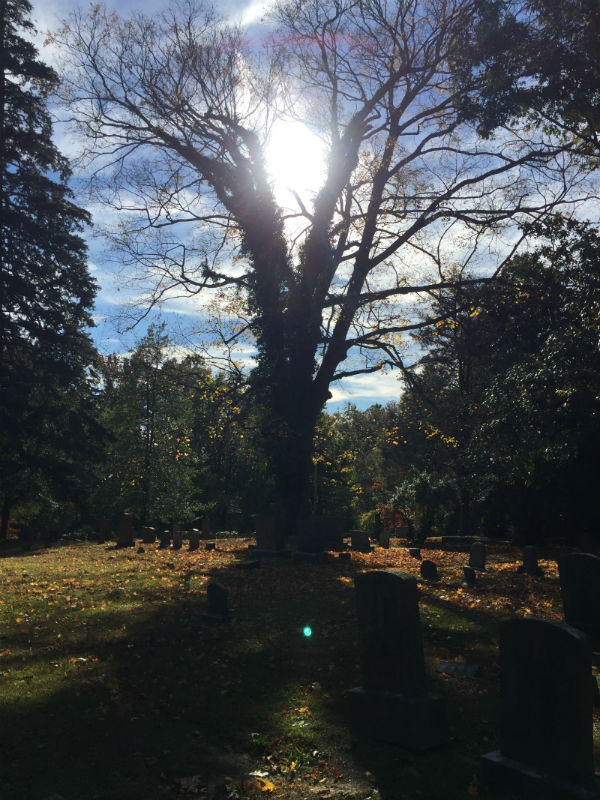 We finish our day catching up with some friends who have a house near Chestertown and say goodbye to the graceful tall ships, fine examples of preservation along with living and ghostly storytellers of bygone eras.

Next month we explore Frederick County…