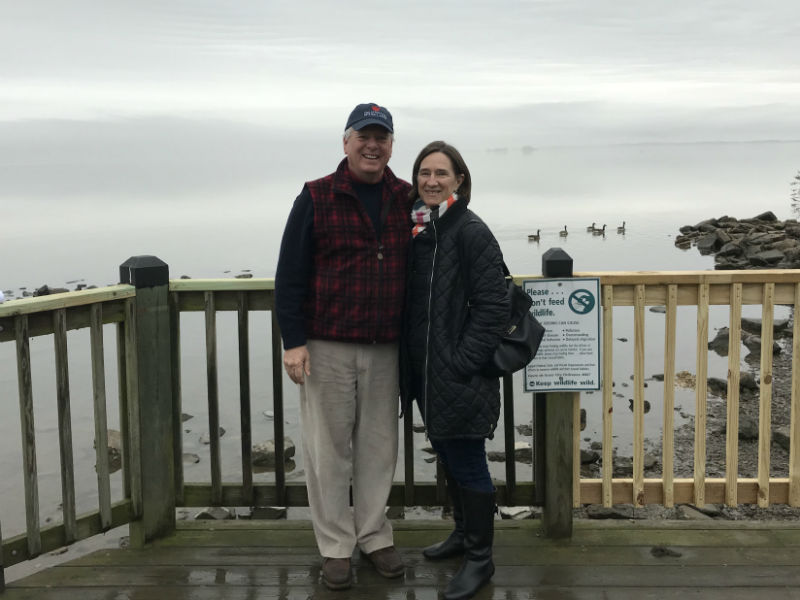 Journey Through Maryland History: Exploring Harford County Inside and Out

The first European to settler the area we know as Harford County was John Smith in 1608 when he traveled up the Chesapeake Bay. In 1622, the English and Susquehannock Indians signed a treaty for the area and the county was officially formed in 1774 from the eastern part of Baltimore County. There’s a lot more to the story as we’ll learn from Diane and Jeff Caslow on their next installment of their county-by-county journey.

MORE FROM THE TRAVELOGUE

The Town of Havre de Grace was established in 1782 and laid out in a grid pattern modeled after Philadelphia with Revolutionary and French names. It was incorporated in 1797 — making it the oldest municipality in Maryland after Annapolis. The town’s name is attributed to the Marquis de Lafayette, who reportedly said it reminded him of the French port, Le Havre. Most of the downtown is a National Historic District.

We, of course, stopped first at both a bakery and then a coffee shop, Grolls Bakery and Java by the Bay, to fuel our morning. 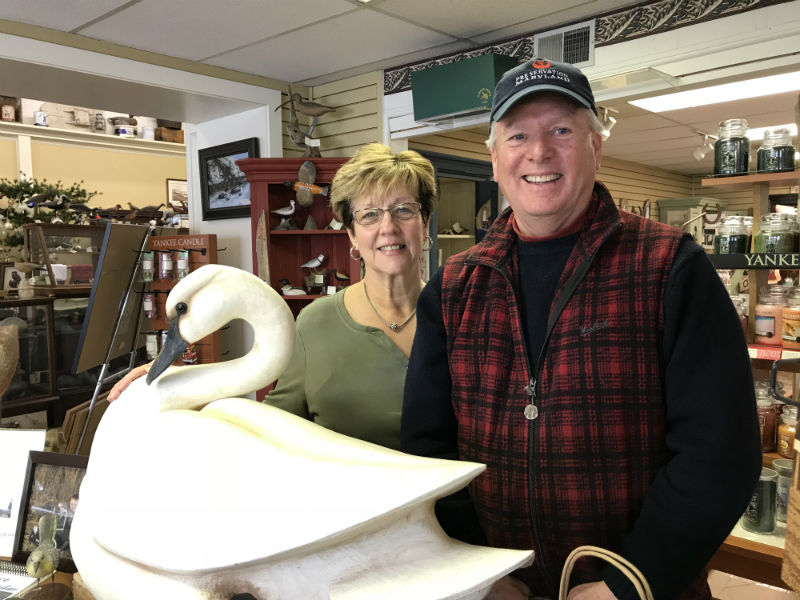 We followed parts of the Lafayette Trail, a self-guided walking tour, marked in the sidewalk by a fleur-de-lis symbol. It was fun to find the symbols and use the mobile app to read more about each stop along the way. We walked the promenade which hugs the shoreline of the Susquehanna River up to the Concord Point Lighthouse, built in 1827, and the Keeper’s House across the street.  We explored some of the shops in town including Blue Heron Gifts & Floral, Joseph’s Department Store — and, let’s just say a really long time in Vincenti’s Decoys talking to the owner because of Jeff’s long and deep interest in decoys.

In honor of Lafayette, we could not resist the macarons at Les Petits Bisous and a long conversation with the owner. We decided we needed more coffee before we left town and found ourselves captivated by both the owner and the place he has created in Concord Point Coffee. From the adaptive reuse of an old building, a stained glass mural in the bathroom that one of the staff painted, and a post-it-note question of the day for all to participate in, this is a fun community hangout and place for good coffee. We needed it as our next stop was Bel Air, but Jeff wanted to follow the Susquehanna River north to see the Conowingo Dam. A few wrong turns and we ended up in a park operated by Excelon, but open to the public so you can see the dam close up. I had to agree that it was a pretty cool side trip. The dam was built between 1926 and 1928 and became the second largest hydroelectric project in the United States, behind Niagara Falls.

Despite coffee, baked goods and macarons, we head straight to lunch at a hopping place in Bel Air, Vagabond Sandwich Company.  Its story also seemed fitting for our travels, according to their website…“Here’s to the hobo spirit in all of us. To the open road, new adventures, new people, new places, and of course…a good sandwich!”  Bel Air, is the county seat, and was laid out in the late 18th century with old and newer buildings mixed in between. 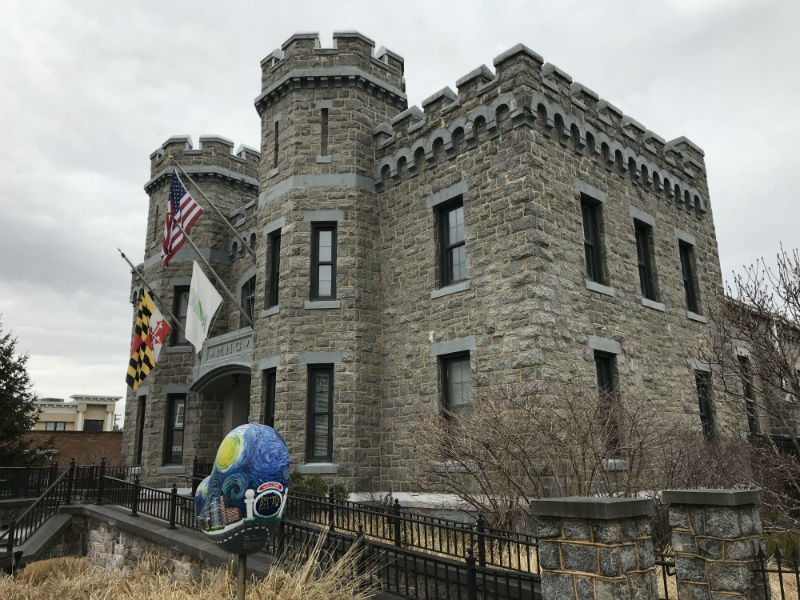 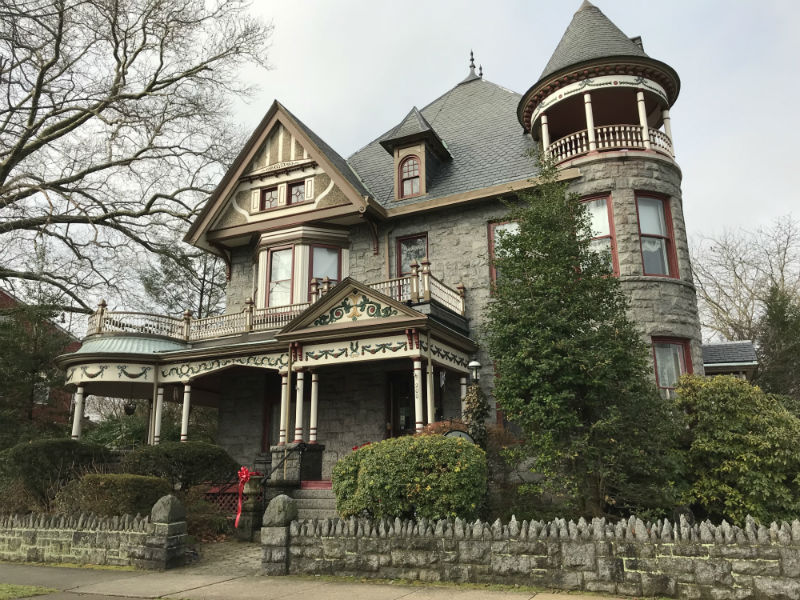 We used the self-guided historic walking tour of downtown to find some of the interesting buildings, including the Harford County Courthouse, built in 1858. There are a number of buildings around Courthouse Square that have survived through adaptive reuse, including a pretty Beaux Art bank building. There are also a number of fun shops to explore, including The Nest on Main. Again, we are lucky enough to meet the owners and talk to them about our adventure. One last thing we went to find is The Hays House Museum. It is the oldest house in Bel Air, built in 1788. It was saved, moved to its present site in 1960 and turned into a museum.

A Drive In The Country Looking for a Brewery

We drove north out of Bel Air, to find Falling Branch Brewery in Street, Maryland.  It is named for Falling Branch at Kilgore Falls, the home of Maryland’s second highest waterfall. It is Harford County’s first farm brewery. Interestingly enough, one of the beers is named Preservation, made from Hopkins Farm hops and barley and in partnership with the Harford Land Trust. Although we covered Ladew Topiary Gardens when we did the Horse and Hounds trail as part of Baltimore County, the gardens are actually in Harford County. We thought we would at least drive by on our way home, and they were closed for the season. However, as this is horse country, we took a turn and drove by the Elkridge Hunt Club. It seemed as though the horses did not think much of us and were not very interested in having their picture taken for our little adventure, so we called it a day.

Next month our journey takes us to Saint Mary’s County.