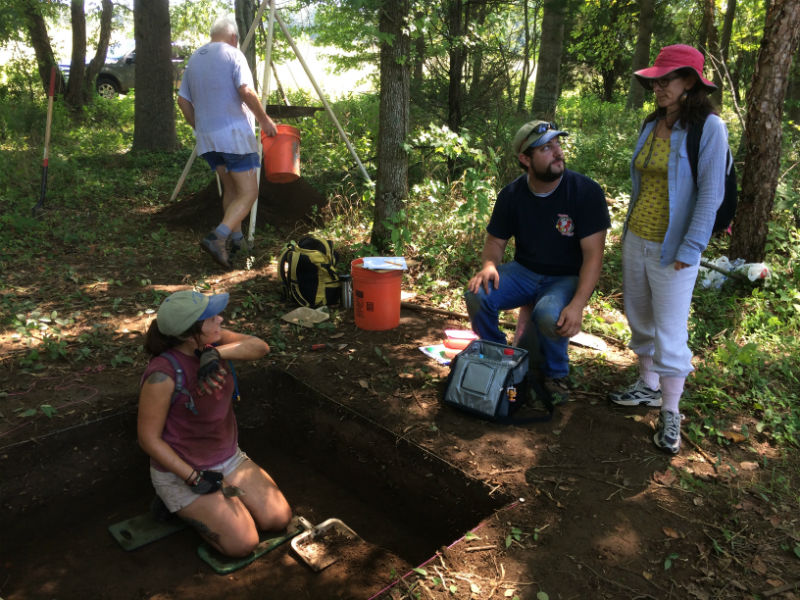 For the past 45 years,  the Archaeological Society of Maryland and the Maryland Historical Trust‘s Office of Archaeology have hosted an archaeological field session to explore the Old Line State’s treasured past.

The Field school brings together many organizations and agencies, like the The Lost Towns Project, and Anne Arundel County Trust for Preservation, as well as public volunteers to assist with the planned project. Following up on a successful dig in 2015, the group returned to The River Farm site is located on the Jug Bay Wetland Sanctuary which is owned by Anne Arundel County Department of Recreation and Parks.

Located along the east bank of the Patuxent River, the River Farm site is situated on a 1,300-foot floodplain. As indigenous people, like people today, gathered near water there are many archaeological resources in the area but the location also leaves it vulnerable to erosion. Becuase of the threat of losing the resource, the group returned to River Farm to further explore it’s connect with a nearby site known as Pig Point. Nearly 700,000 artifacts have been removed from Pig Point that has stratigraphy dating back to 10,000 years of human occupation. which lead archaeologist to review surrounding available sites that support the idea that Pig Point is not the only Native American base camp in the area.

The Waxter Memorial Internship program of Preservation Maryland is supporting the participation and research of intern, Matthew Nickelson, in the research at River Farm, as he works towards completing a degree in Environmental Sustainability from the University of Baltimore. Learn more about Matt and the intern program here: presmd.org/waxter.

My internship with Preservation Maryland allowed me to tie into the on-going research at River Farm and Pig Point. With the help of Stephanie Sperling of the Cultural Resource Division of Anne Arundel County and Mandy Melton of The Lost Towns Project, we worked to compare and analyze the lithic stone material from the Woodland Period (~1000 BC to ~1600 AD) found at River Farm and how it compared to that found at Pig Point to explore the possibility that the area of River Farm was a satellite of the larger Pig Point site connected by trade. 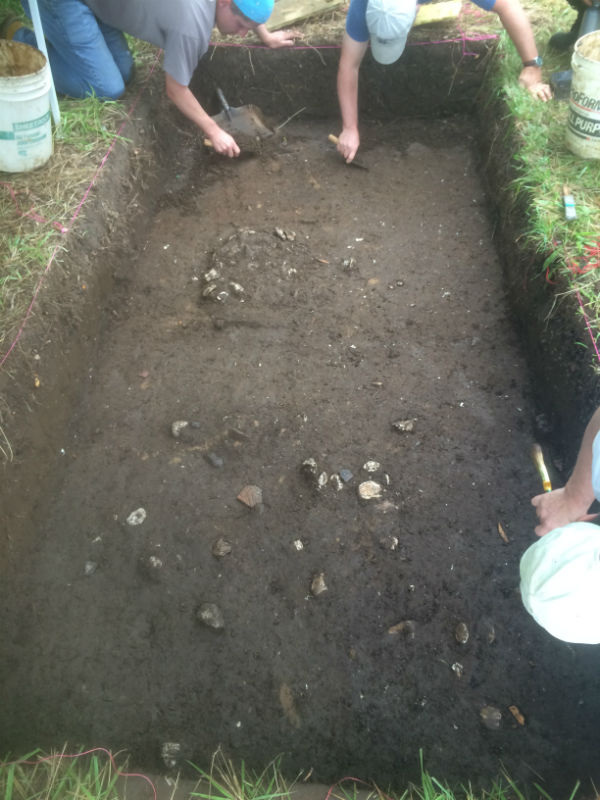 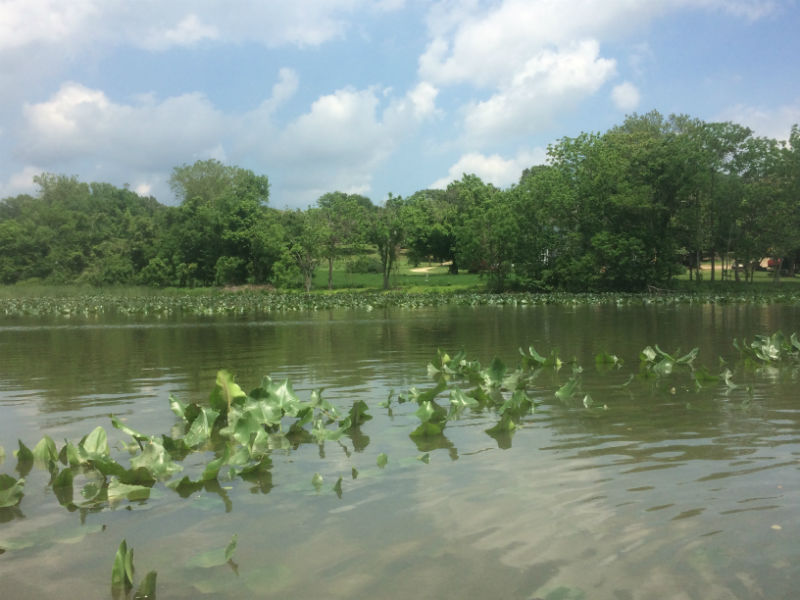 Pig Point from the Puxent River. 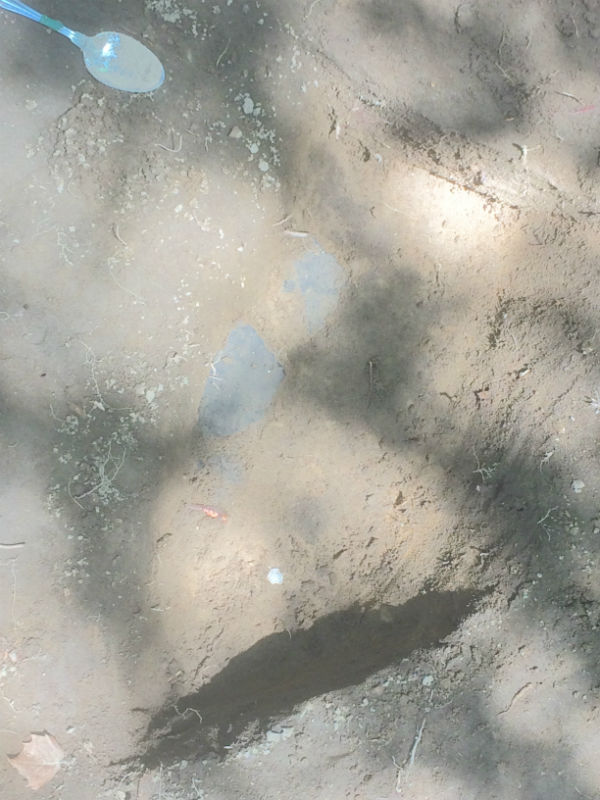 As a Preservation Maryland intern at the field session at Jug Bay, I  assisted with work at three of the four excavation areas:

Area 1: This area along the southern tip of the floodplain was used as a trash dump, known as a midden, that dates to the Late Woodland period. Using a standard Excavation Unit, we excavated down 5/10s of a foot at a time – a standard procedure. We uncovered a few possible posthole features but they disappeared in the next layer. Many of the artifacts found included quartz/quartzite flakes and bits of ceramic, but without significant finds, the unit it was closed.

Area 2: While I did not dig at the location, it is interesting because it is possible that there is evidence of a house dwelling located in the woods just off of the beach area.

Area 3: In Area 3, I discovered a quartz Levanna point dating to the late Woodland period, and uncovered flakes, ceramics, and fire cracked rock. We also came across a groundhog burrow that went right across the Unite, and after mapping and drawing the burrow we troweled down until we hit ground water at four feet.

Area 4: This area is behind a barn on an old farm plot and may date from the Archaic time period (~9500 BC to ~1250 BC). A hearth like feature was discovered but had no artifacts in or around it.

After the field session, Matt is now working in the lab to compare the lithic elements found at the two nearby sites, River Farm and Pig Point – stay tuned for his update. Matt is working closely with the Maryland Commission on Indian Affairs, the Cultural Resources Division of Anne Arundel County and the Lost Town Project to participate in open digs at the Pig Point and River Farms sites near the Jug Bay Wetlands Sanctuary, and will analyze, compare, and contrast, the lithic stones and shards left behind by indigenous people as they made tools found on both sites. Matt’s research will be presented to the Commission, detailed on the Preservation Maryland blog, and will translate to earned credits to complete his degree in Environmental Sustainability at the University of Baltimore. Learn more about the Waxter Internship program at: presmd.org/waxter.