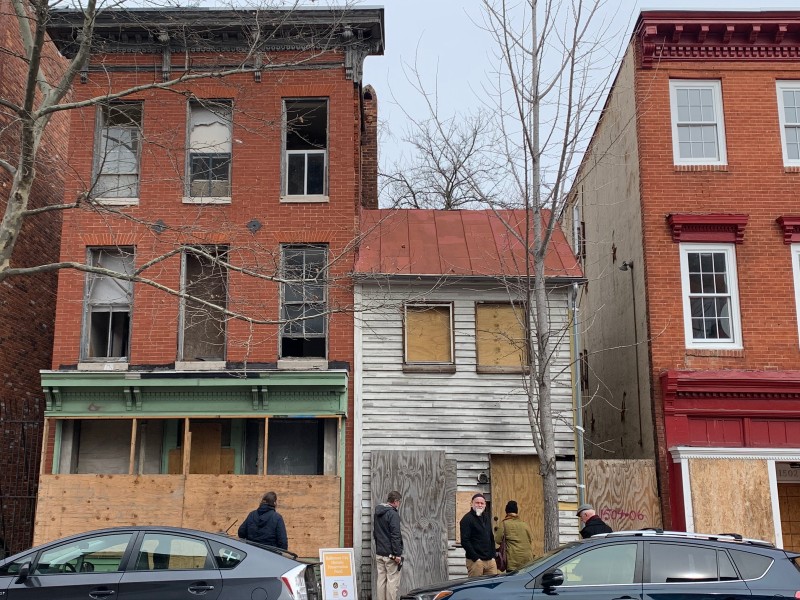 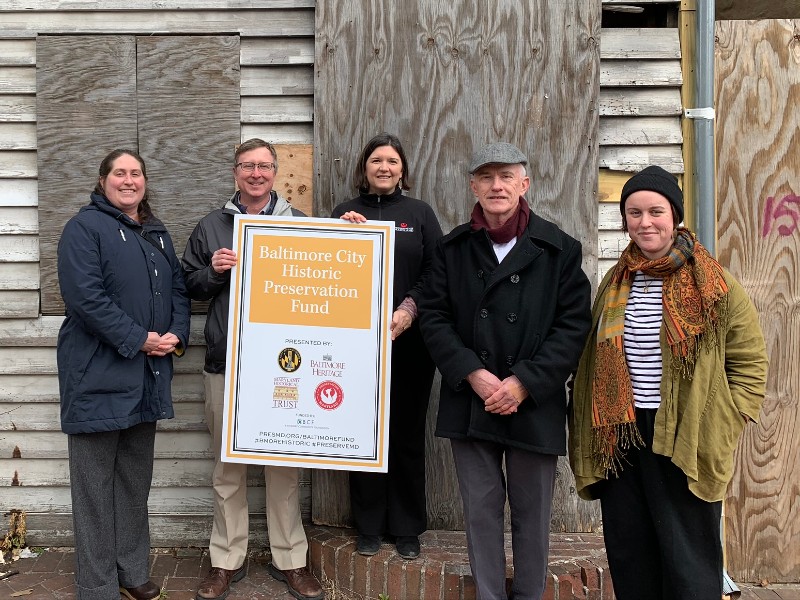 The Baltimore City Historic Preservation Fund is a joint program of Preservation Maryland, the Maryland Historical Trust, Baltimore Heritage, and the Baltimore City Commission for Historical and Architectural Preservation. Funds for the grant program are provided by the Baltimore Community Foundation. Unique to this new funding sources is the partners’ shared goal to not only provide direct assistance for capital and non-capital activities that advance efforts to preserve historically significant properties in the City of Baltimore – but to also support projects that preserve and promote neighborhood identity.

In the first funding round of the program announced in August 2019, the Southwest Partnership received a $10,000 grant to immediately quickly stabilize the building against further deterioration and to ensure the building’s survival so that it can contribute to revitalization efforts in the neighborhood. 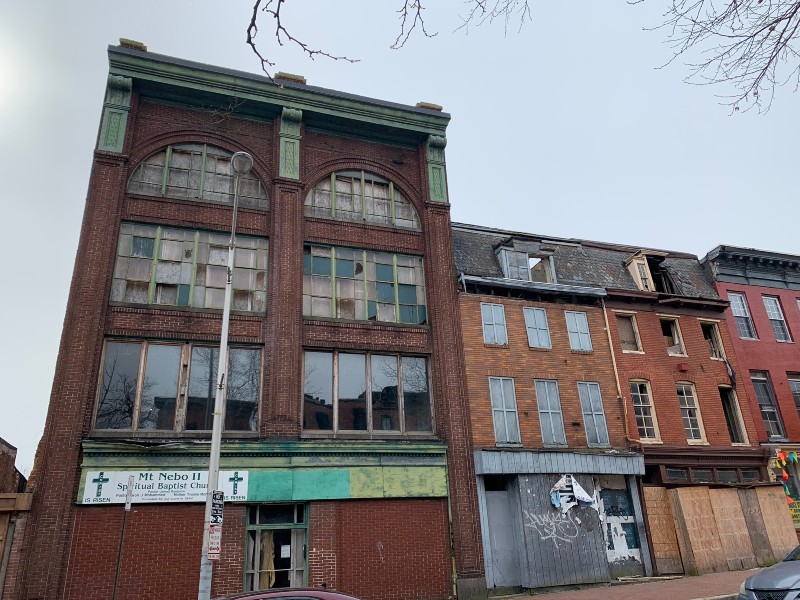 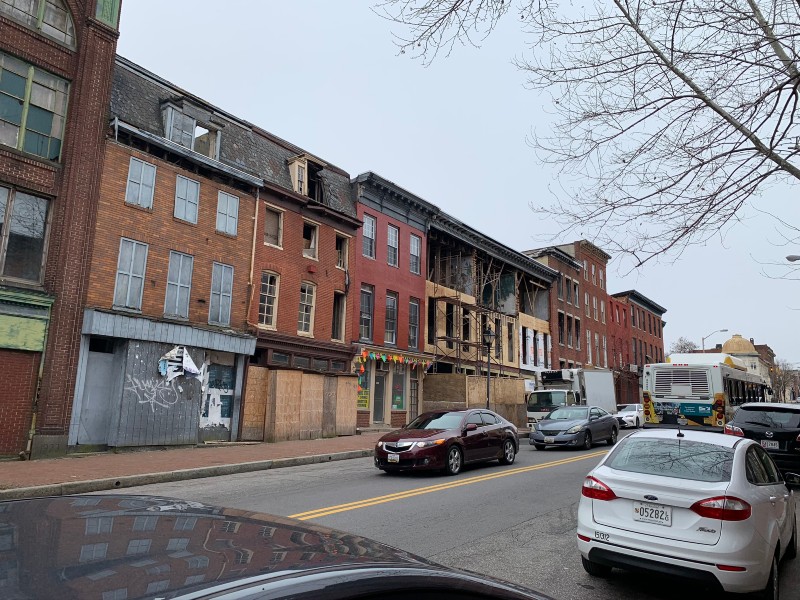 The ca. 1843 Malachi Mills House is one of the last wood-frame structures in West Baltimore, named for Malachi Mills, a carpenter and cabinet maker who was likely involved in the construction of many of the surrounding homes in the neighborhood. Over its many years standing, the modest two-story structure saw West Baltimore development from being in the outskirts of the city to a commercial corridor that has changed, too.

Upcoming Grant Deadlines: The Baltimore City Historic Preservation Fund is a dedicated source of funding for revitalization work across Baltimore City now in its second funding round. The application deadline has been extended to October 16, 2020. For projects outside of Baltimore, please see information about our long-established grant fund with the Maryland Historical Trust, the Heritage Fund grant fund.

Specifically, the grant from the Baltimore City Historic Preservation Fund was used to safely boarding missing windows and doors, and generally sealing the structure from the elements to prevent further deterioration. A rear roof that was near collapse was stabilized and sealed.

The Southwest Partnership recently purchased the adjoining property – now stable, the Malachi Mills House can be part of the organization’s vision for a revitalized streetscape.

Learn more about the southwest Partnership

Apply for a Preservation Grant