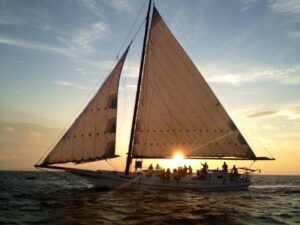 Two summers ago, the Wilma Lee Skipjack was transported from North Carolina back home to Maryland – and now the Annapolis Maritime Museum is offering heritage and sunset sails on one of the Chesapeake Bay’s rare remaining Skipjacks. 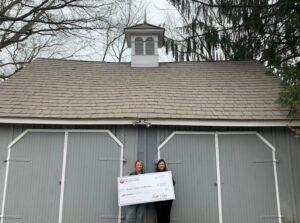 The Howard County Conservancy stewards over three centuries of history at Mt. Pleasant Farm, including a newly restored Carriage House, funding in part by the Heritage Fund grant program. 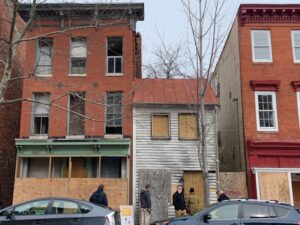 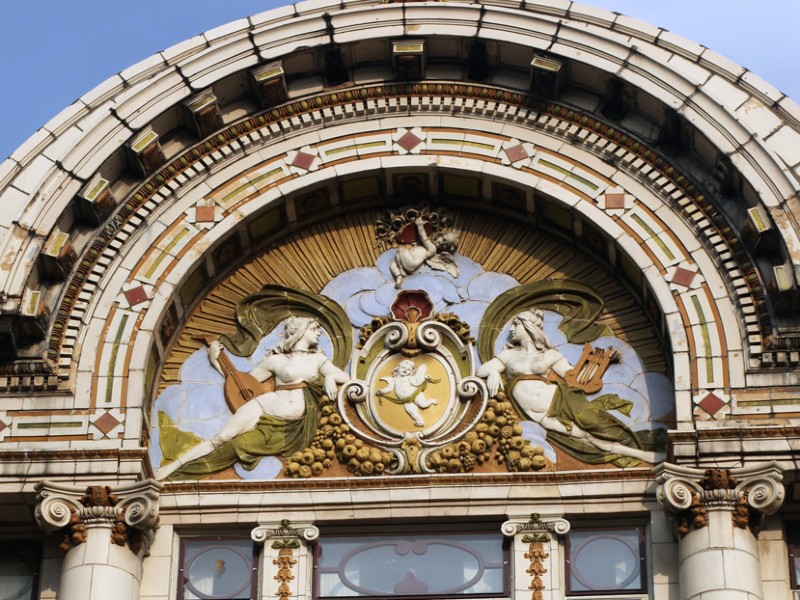 Facade of the for Colonial Theatre, now Faith Chapel, in Hagerstown, MD.

In 1753, George Washington undertook his first diplomatic and military journey from Virginia to what is now Western Pennsylvania and Eastern Ohio. He carried an order to the French asking them to abandon the claims they had made to the area. A trail exists through Western Pennsylvania commemorating Washington’s path. Now Allegany County looks to continue the trail as it winds through the county. With a grant award of $7,500, the Board of County Commissioners of Allegany County will develop a trail that will mark the path with distinctive blue directional signage and produce brochures and a website to serve as guides to the route.

Restoration of a Historic Theater Façade

The former Colonial Theater at 14 S. Potomac Street in downtown Hagerstown is now home to the Bridge of Life Church. The highly detailed façade of the building, first opened in 1914, features highly intricate terra cotta sculptures. The façade’s terra cotta is need of repair for safety and preservation The grant of $8,500 will help fund a conditions assessment, a first step for the projects, and plan for the restoration of the façade. 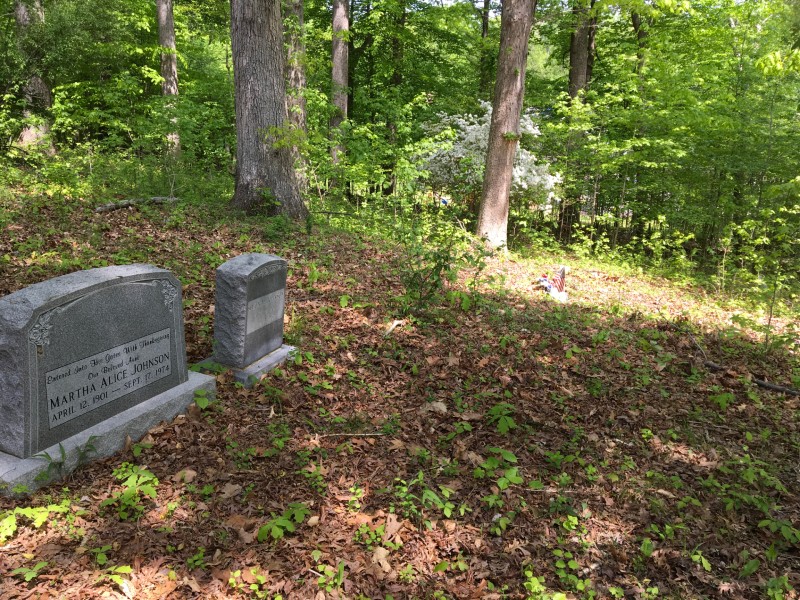 The cemetery associated with Historic Mount Nebo Church dates from the late 19th Century and a time when African Americans were denied burial in public cemeteries. The private cemetery, along with the church and school on the grounds, were an important center of the area’s black community. The Friends of Historic Mount Nebo Preservation Corporation has been working to preserve the church and surrounding property for the last 20 years. This grant of $5,500 will help fund ground-penetrating radar to help identify unmarked burials to add to the existing burial and land documentation.

Maxwell Hall is an 18th Century home that is part of the Charles County parks system. Last year, the Friends of Maxwell Hall was formed to preserve and interpret the historic house and the surrounding landscape. This new organization will benefit from a grant of $6,500 from the Heritage Fund to fund a master plan to strategically guide its future efforts in planning events, exhibits, programming, and fundraising.

The Four Rivers Heritage Area created a project entitled “African American Voices, Memories, and Places,” that resulted in a story map that seeks to increase awareness of African American sites in the Heritage Area. Lost Towns Project seeks to build upon the work of the story map by telling the stories of locations outside the range of the Heritage Area. The grant of $6,000 will help support public events to engage participation, conduct oral history interviews, and add the newly identified sites to the story map. 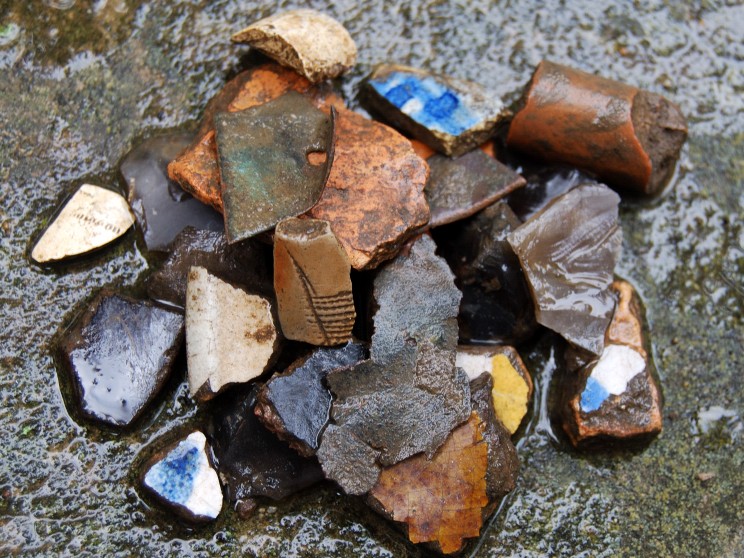 The Dr. Thomas Gerard archeological site is a key early colonial site that has previously been evaluated to determine the best strategy for long-term preservation. St. Mary’s College of Maryland Foundation plans to recover a representative sample of the site to donate to the Maryland Historical Trust’s Maryland Archaeological Laboratory. Through this work funded in part by a grant of $8,000 from the Heritage Fund will ensure that the public will have access to this valuable research in perpetuity. 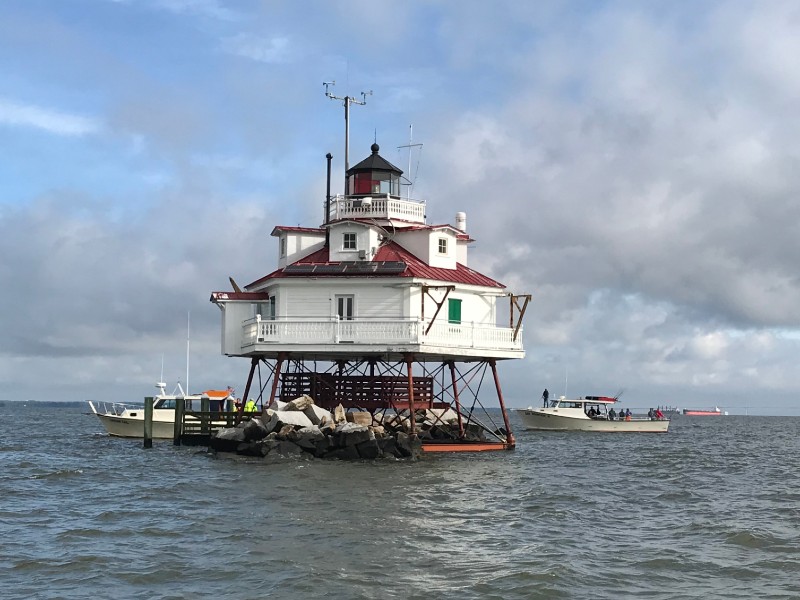 The 1875 Thomas Point Shoal Lighthouse is one of twelve lighthouses in the country that are listed as National Historic Landmarks. Its unique style and the fact that it continues to stand in its original location makes the Lighthouse an important piece of Maryland’s history. The United States Lighthouse Society is undertaking a project to replace the I-beams and tie-road assemblies that form the structural foundation of the lighthouse. The Heritage Fund awarded $6,000 for the project.

LEarn more about the Heritage Fund