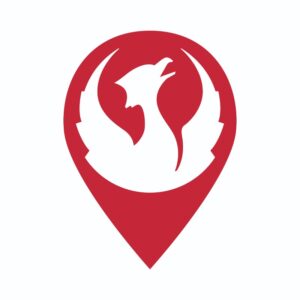 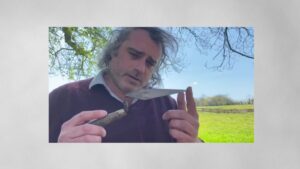 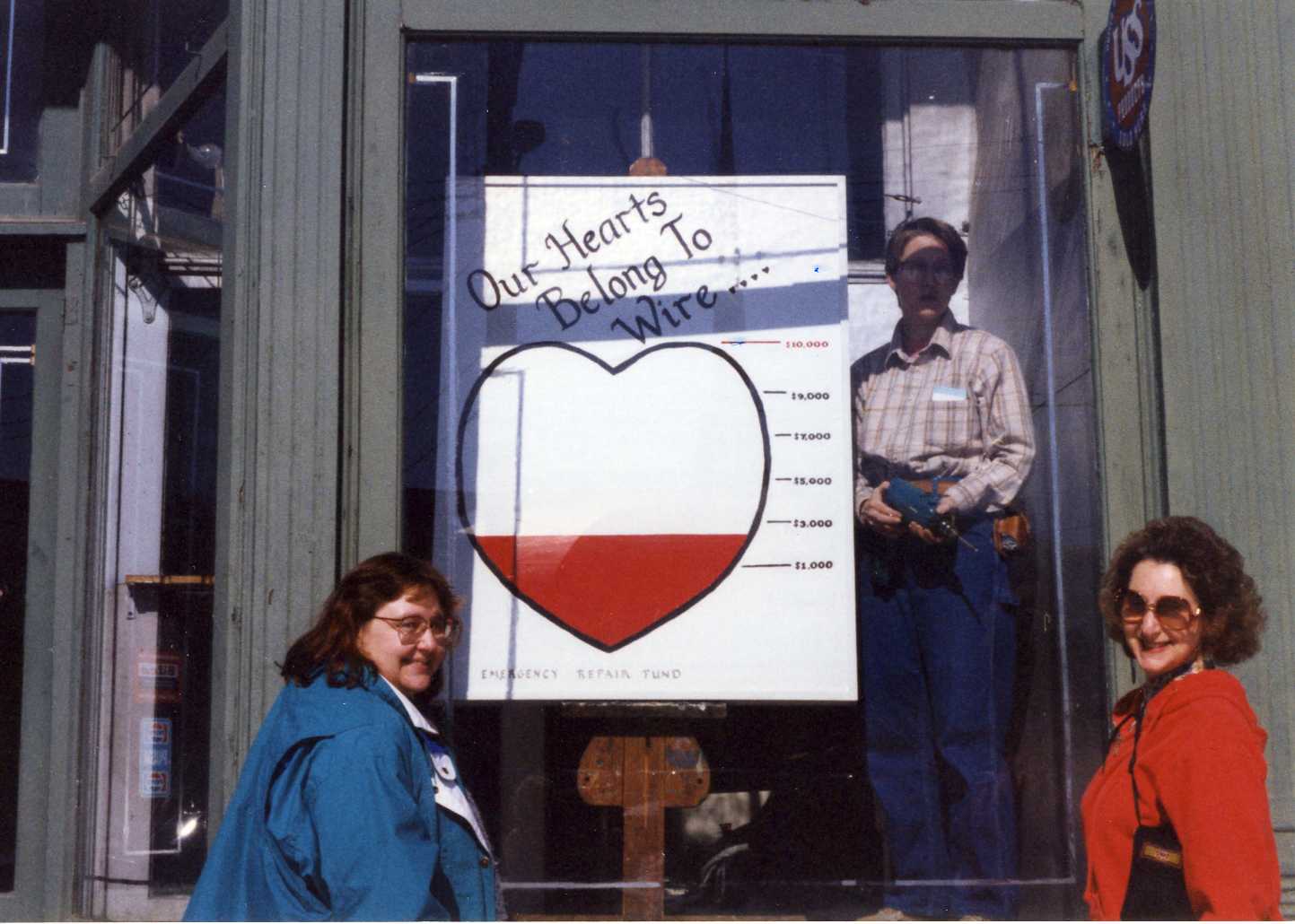 The Preservation Heartbomb Was Invented in Maryland in 1993

Preservation Maryland proclaims the earliest known occasion of preservation heartbombing in Maryland to be 1993 at the Wire Hardware Store in Rockville saved with love by Peerless Rockville, Inc.

When the likely buyer of the historic Wire Hardware building had plans to gut the interior, Peerless Rockville, a regional preservation non-profit led by the equally peerless Eileen McGuckian, brought a law suit to defend the organization’s right-of-first-refusal to purchase and protect the building.

The ca. 1895 structure at 22 Baltimore Road is the last remaining cast iron storefront in Rockville; it replaced the first frame building on the lot that burned soon after construction. It sits on a highly-desirable lot divided in 1872 as part of the “Third Addition to Rockville,” sold in anticipation of the opening of the Metropolitan Branch of the B&O Railroad that opened in 1873, just across the tracks from the lot. Originally, the business sold “implements, grains, fuels, and provisions,” then from 1923 to 1964 it was operated by Frank and Porter Ward, who sold it to Paul F. Wire, who with his sons ran it has a hardware store until 1990.

Wire Hardware, along with its neighbors the B&O Railroad station and Old St. Mary’s Church were listed as a local landmark in 1974, and accepted to the National Register of Historic Places in 1978.

Soon after Peerless took ownership, Preservation Maryland brought their Annual Meeting to the Store, simply placing folding chairs in the raw space and hosting the new Speaker of the Maryland State Assembly, Delegate Casper R. Taylor, who went on to become the longest serving Speaker in Maryland history. Enthusiastic attendees helped raise gap funding to kickstart the restoration process — and Peerless gauged their fundraising progress for the Emergency Repair Fund in the gigantic heart in the storefront window. 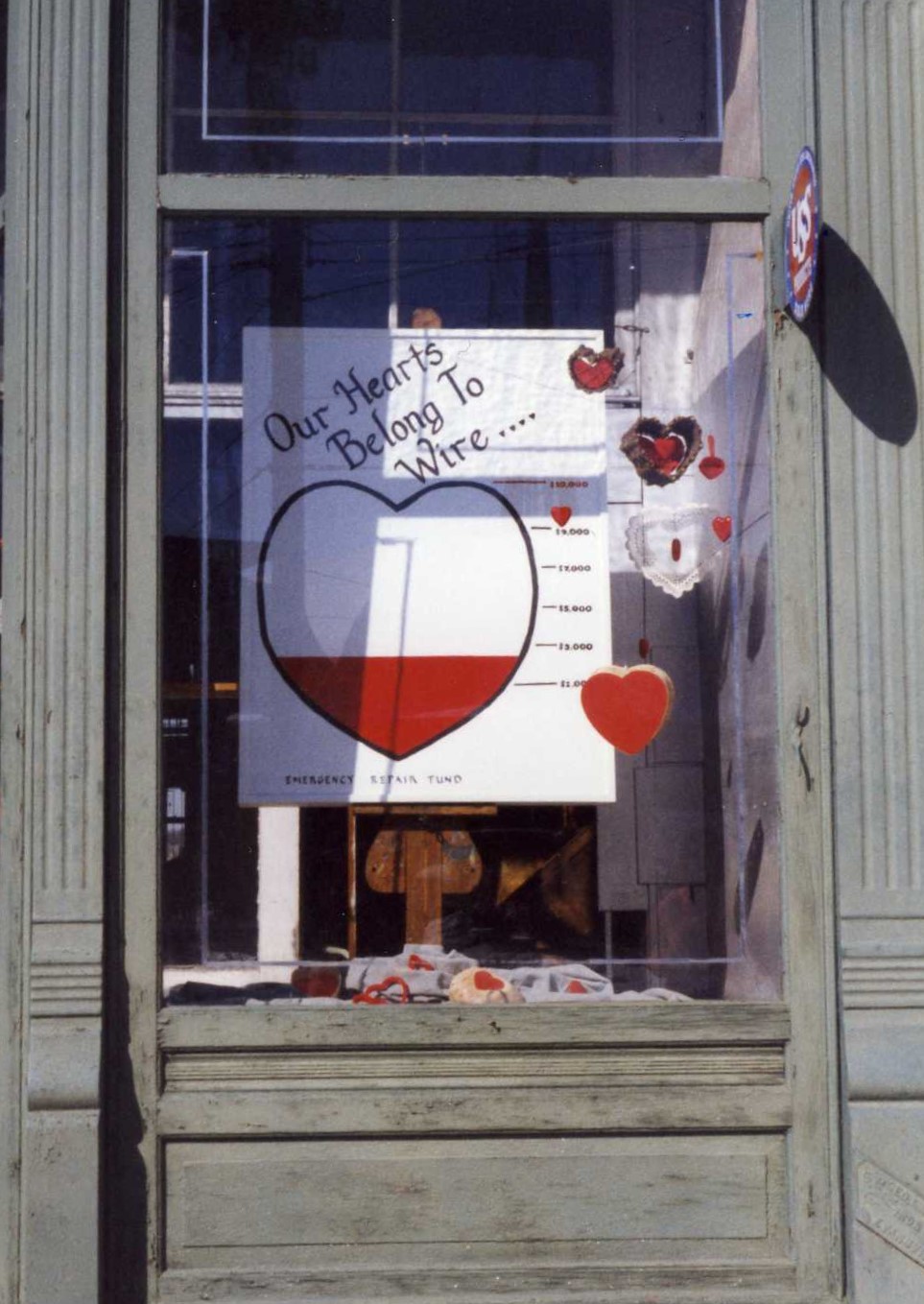 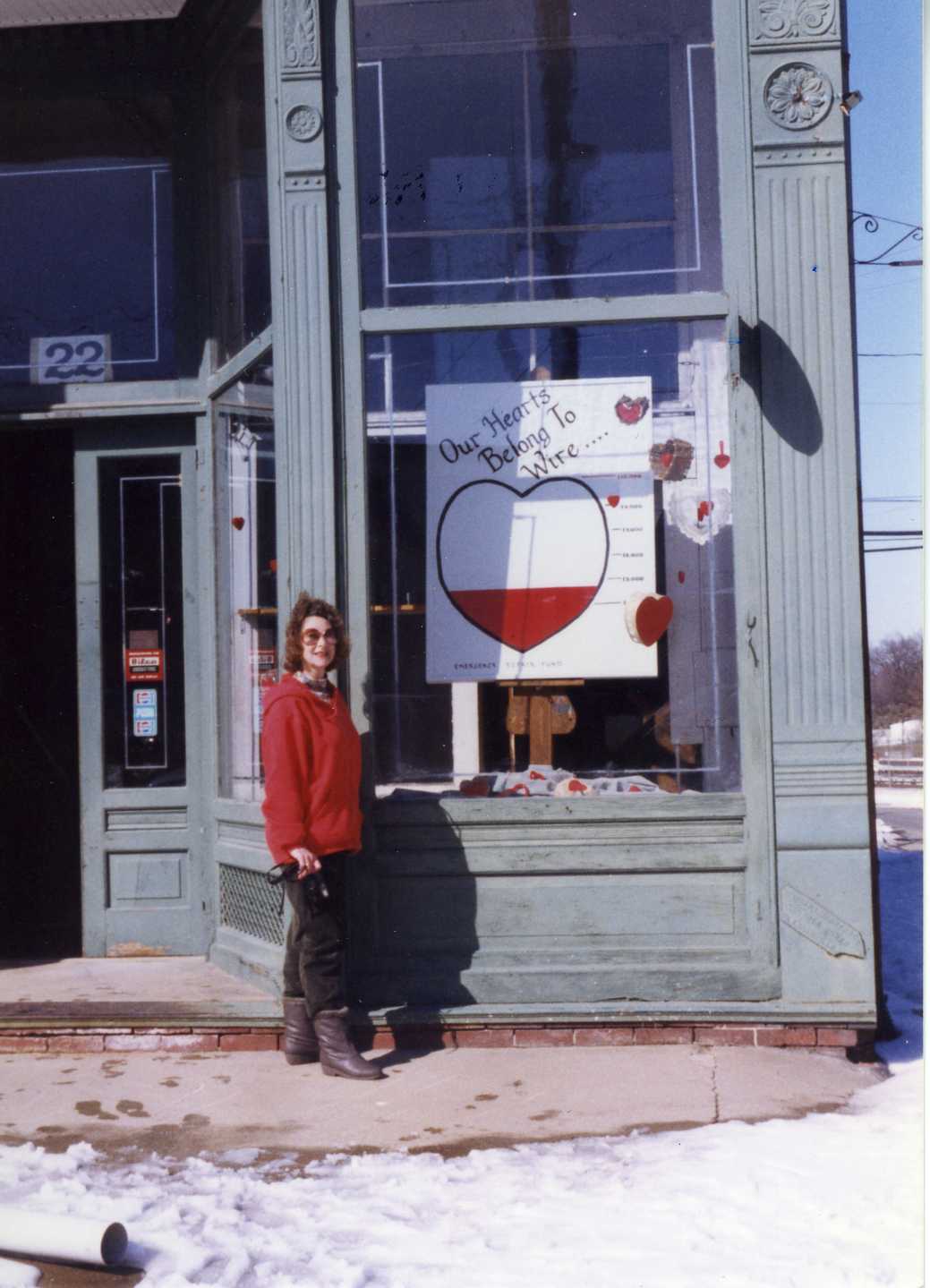 The tremendous effort put-forth by Peerless Rockville to steward the building for those critical 18 months was essential in waiting out the threat of demolition until a sensitive buyer could be found, and in 1995 Investment Properties and Insurance Associates purchased the building. They estimate that nearly $600,000 was invested to bring the building to code, mitigate pests, repair the slate roof, and provide for accessibility.

Before selling the property, Peerless Rockville, applied permanent preservation easements on the exterior and interior — a rare protection. Bio-Health Innovation is the current occupant, and with historic guidelines in places, they have remodeled the interior as a super hip office environment with original historic elements like shelves, counters, and rolling ladders — all saved by Peerless Rockville. 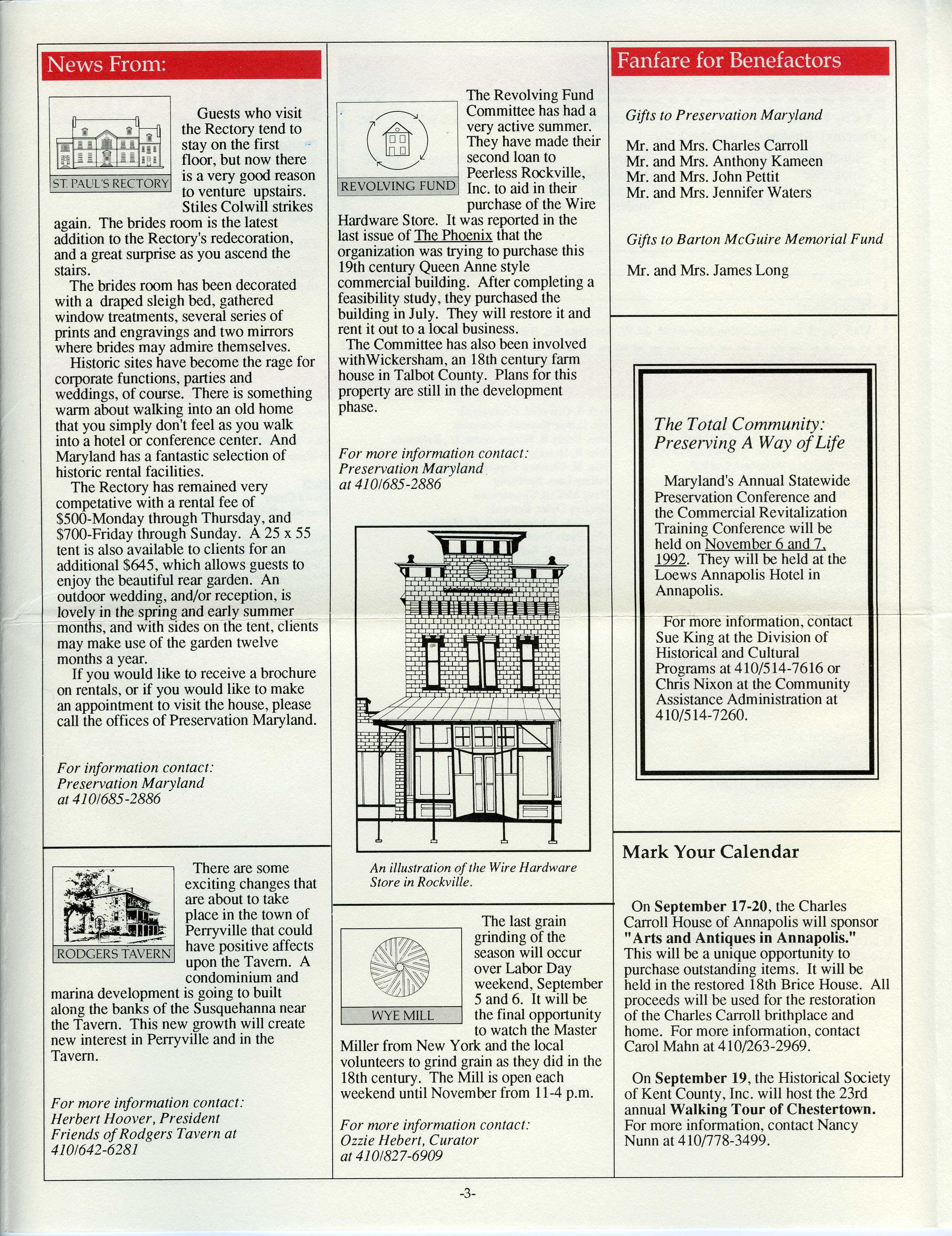 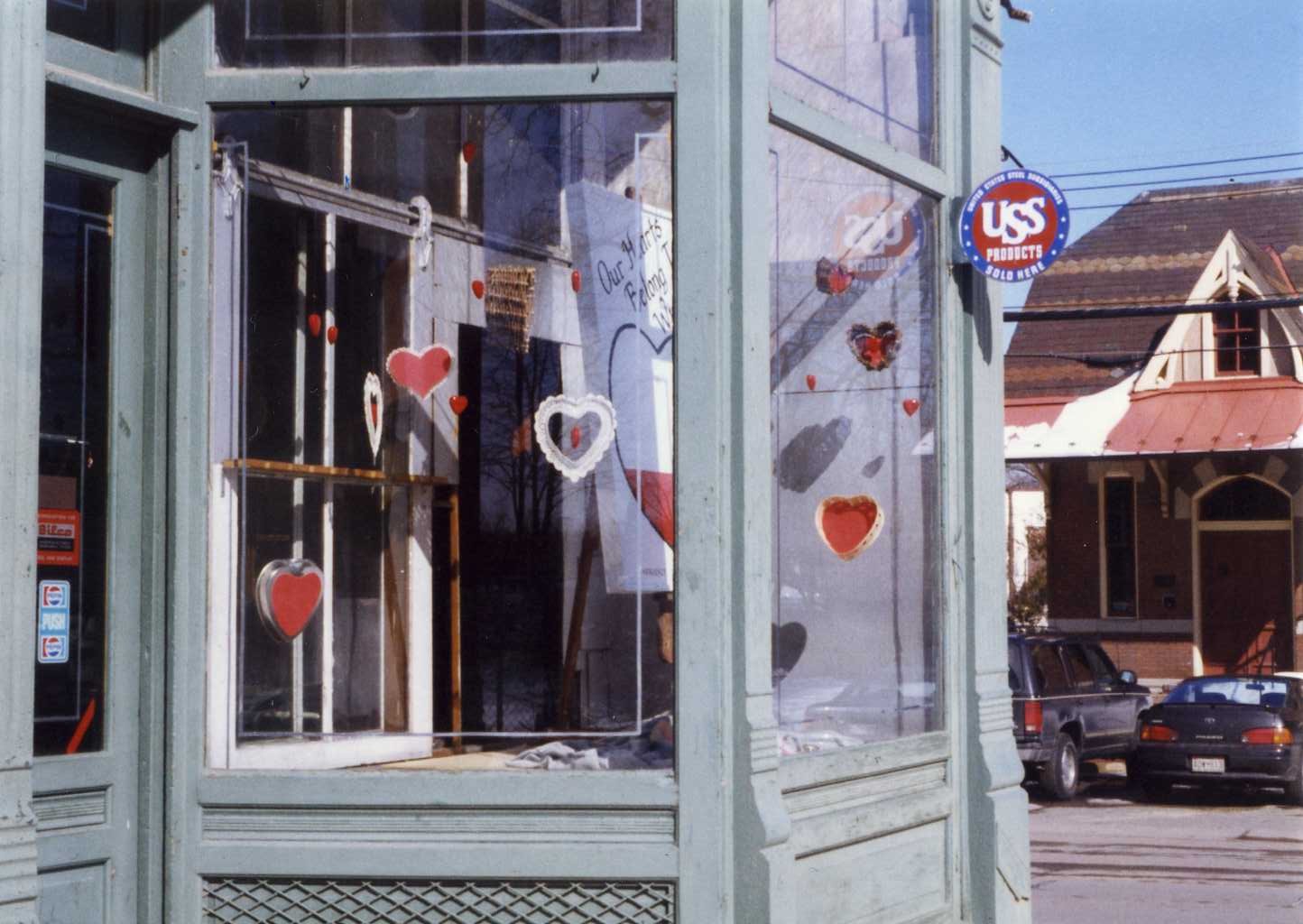 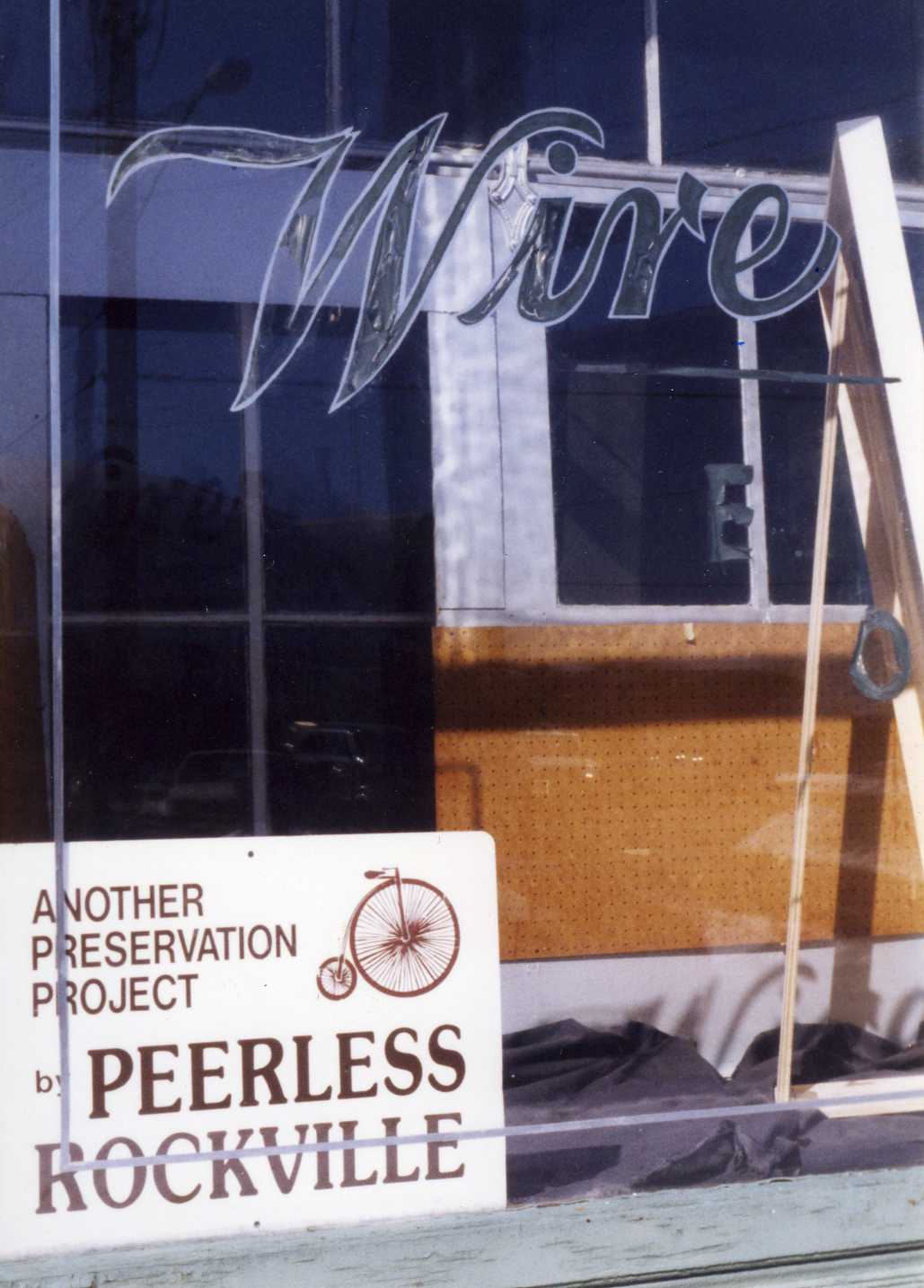 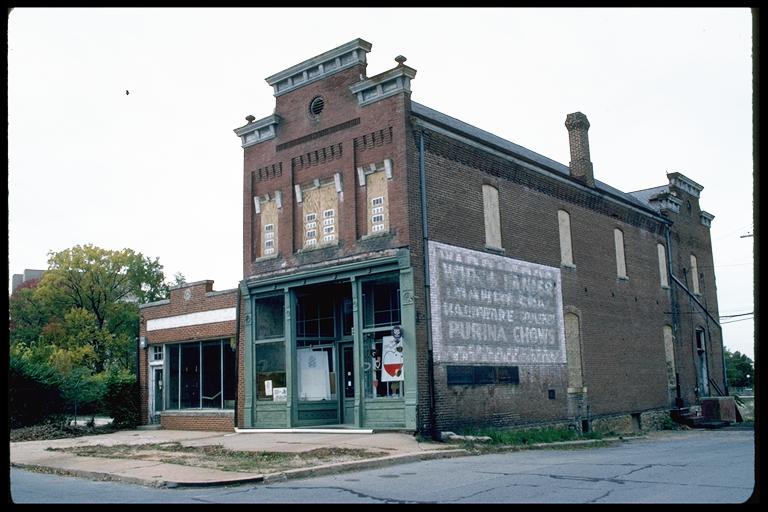 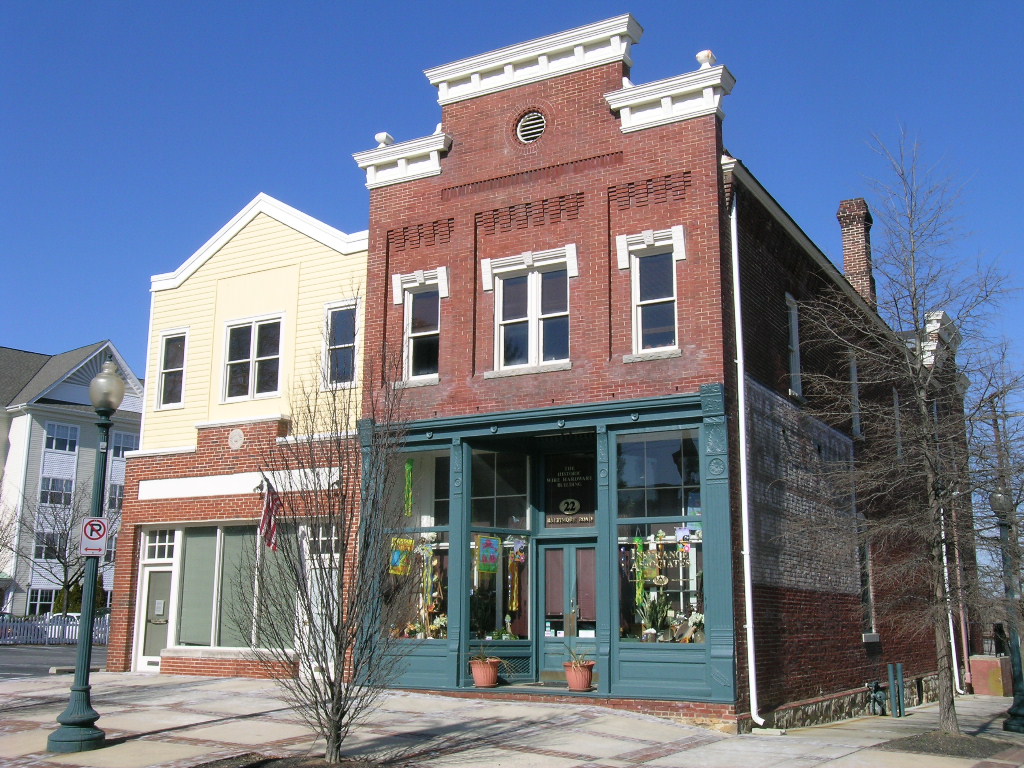 A contemporary image of the Wire Hardware and Lumber Company storefront. 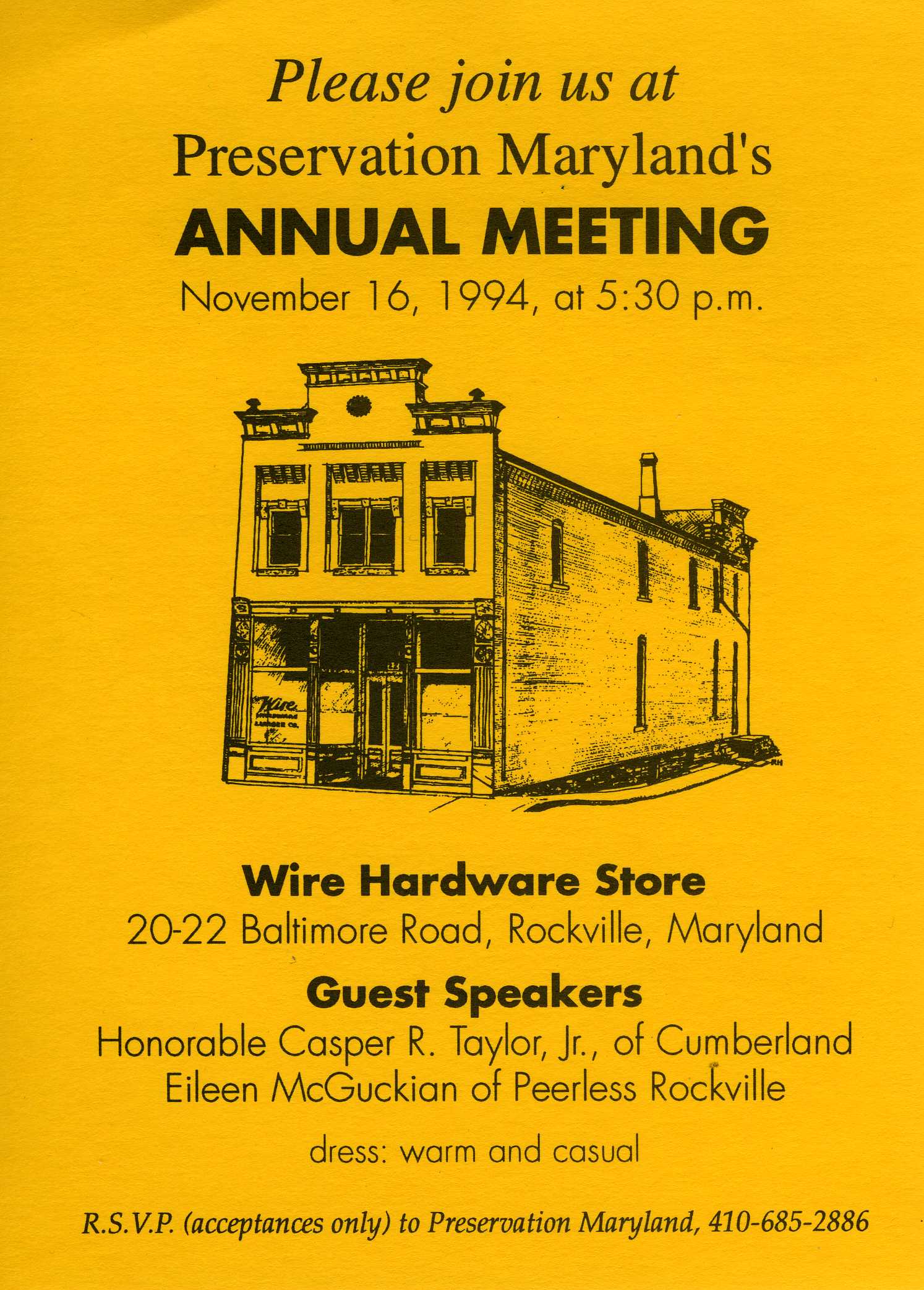 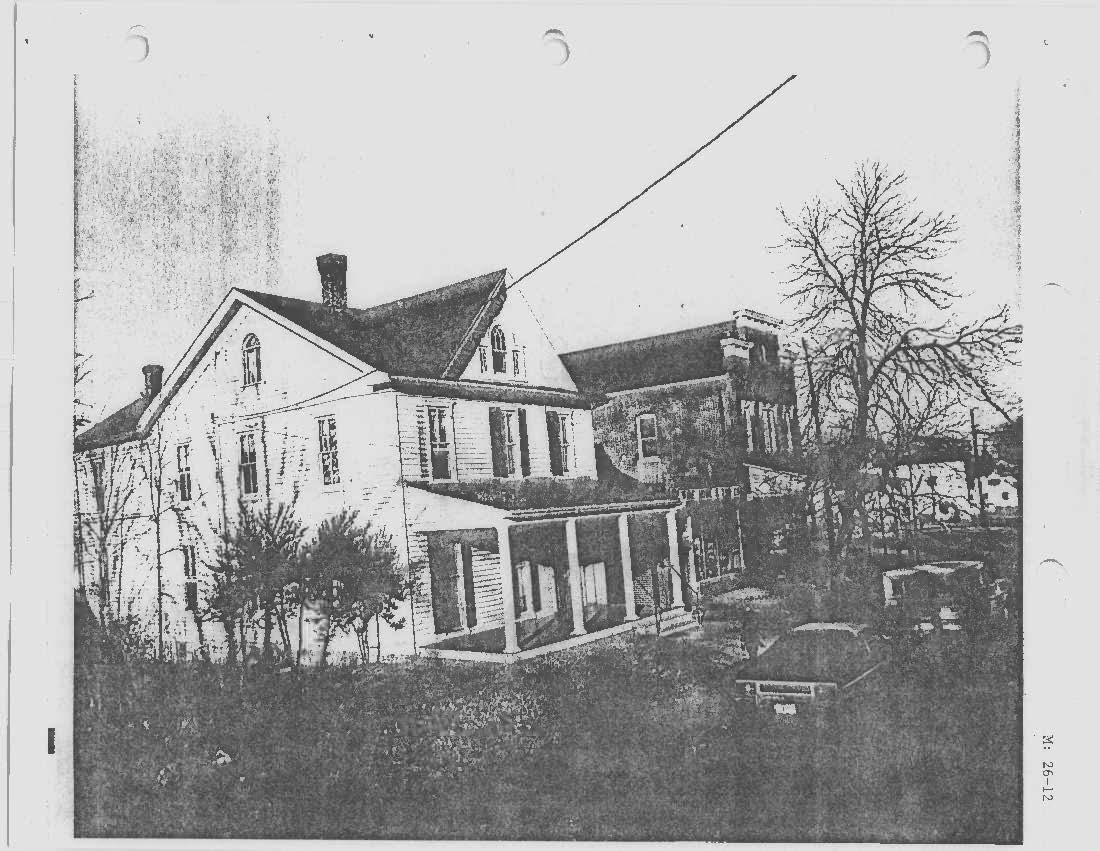 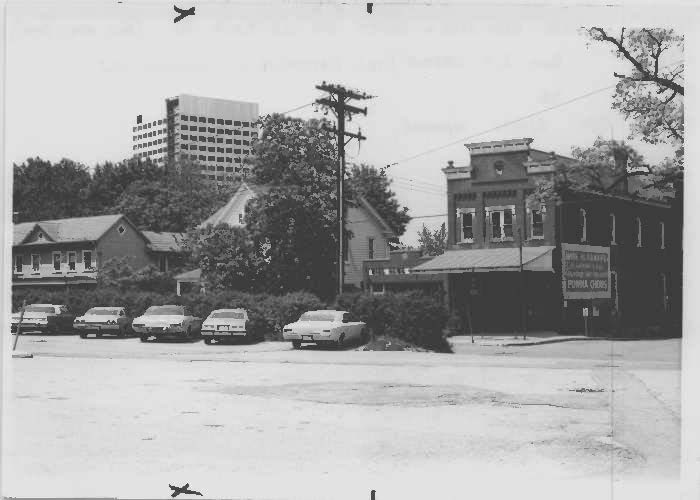 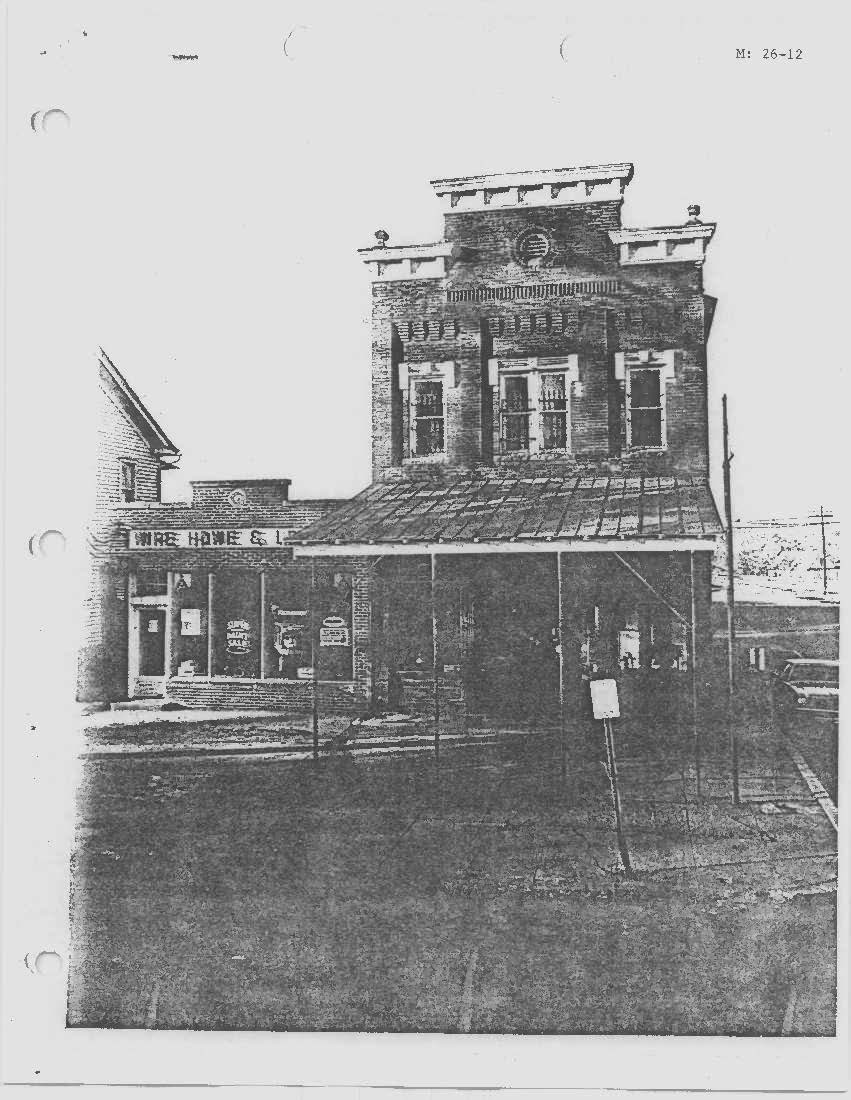 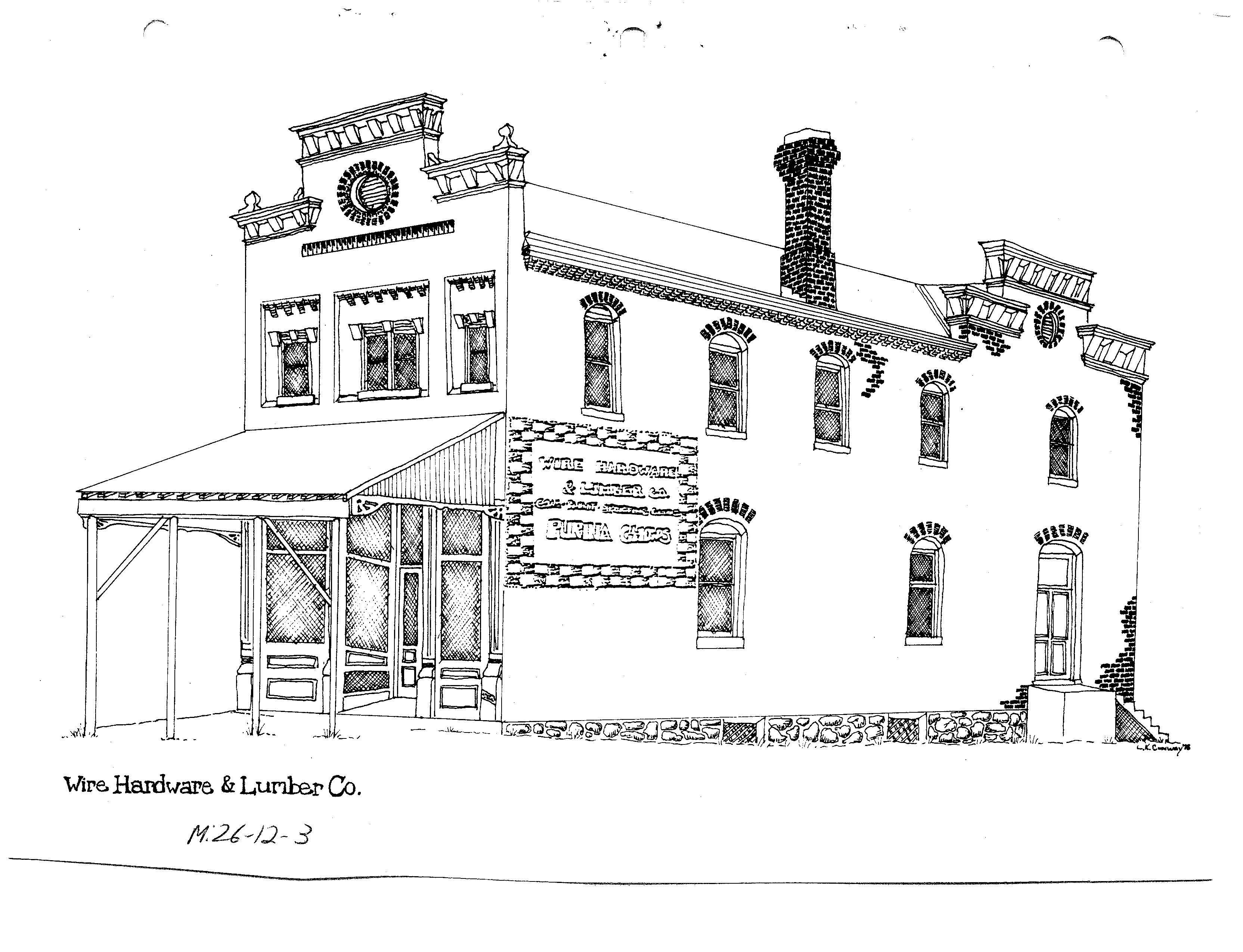 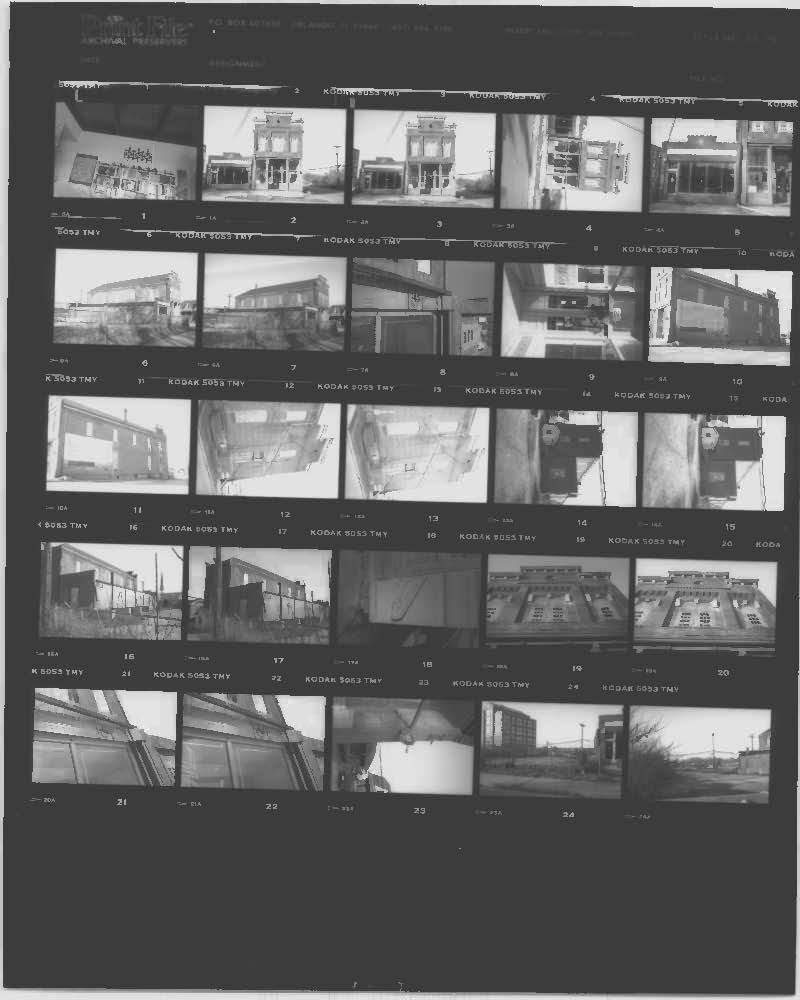 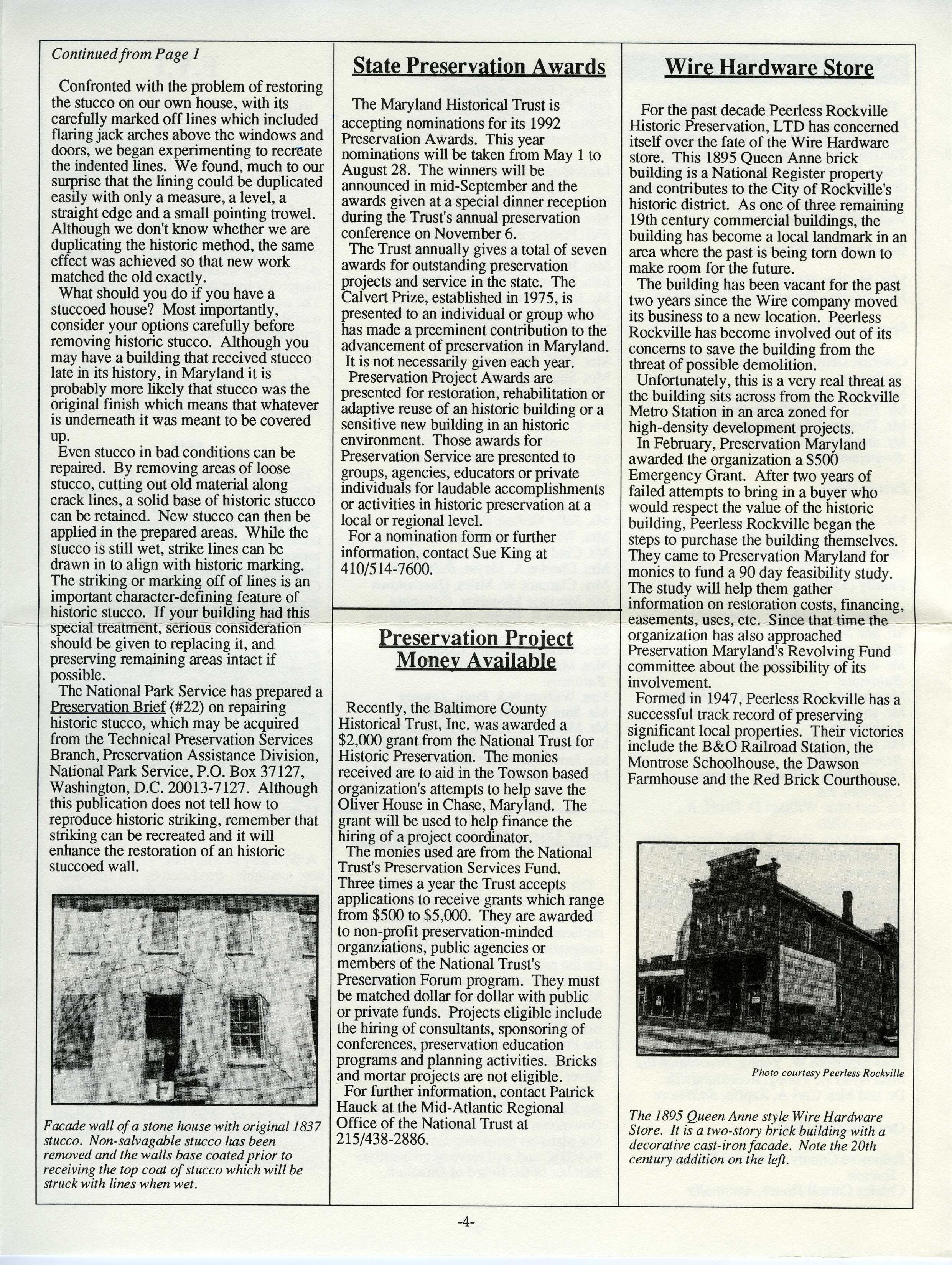 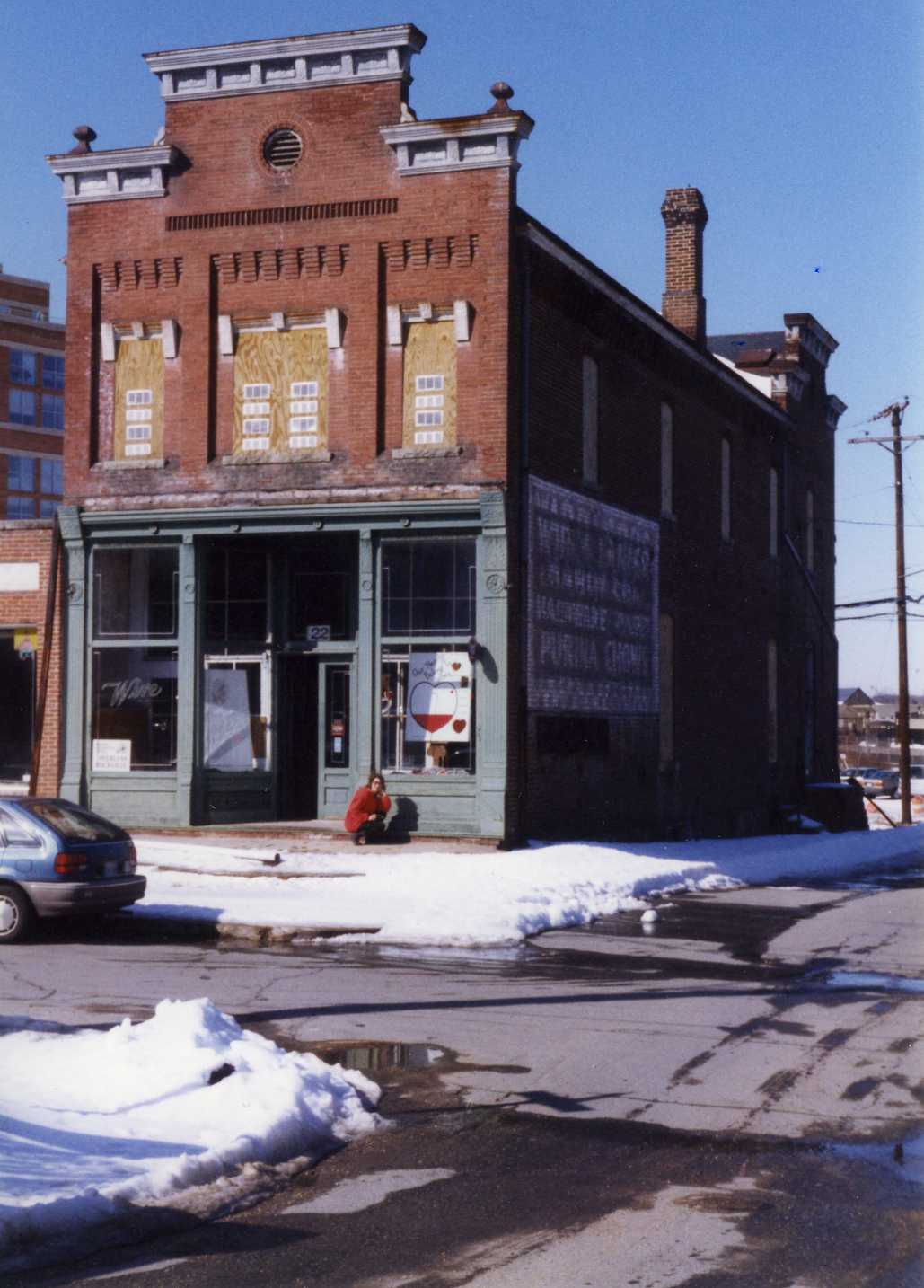 A big Valentine’s Day thank you to Nancy Pickard, Executive Director of Peerless Rockville, Inc., and our Preservation Maryland archive interns, Cynthia Heider and Bill Arey, for their assistance in telling this story — and to Eileen McGuckian and Peerless Rockville for saving Wire Hardware.