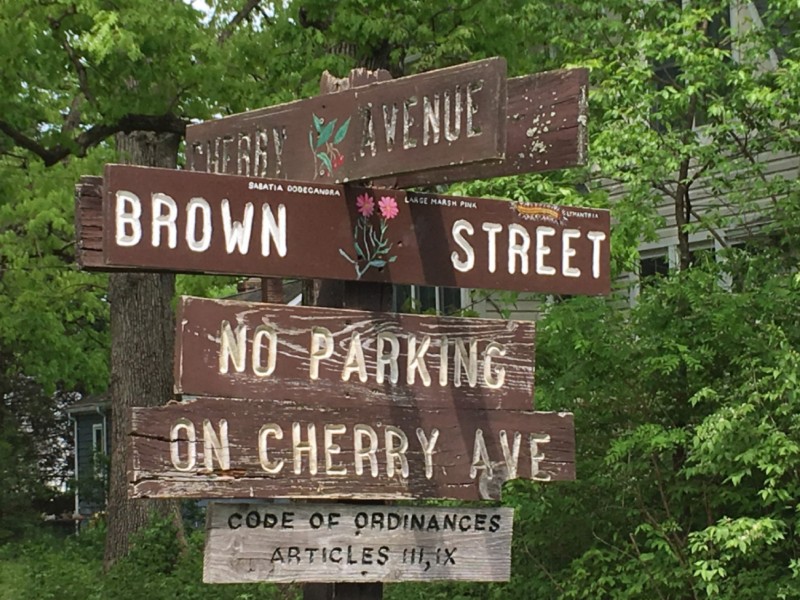 When Washington Grove transitioned from a summer resort to an incorporated town, much of the rustic camp character of this special place carried on including their approach to handcrafting their street signs. Starting in 1937, citizens built, painted, installed, and maintained these iconic posts, including a new cohort of volunteers who recently worked with the Historic Preservation Commission and the Montgomery County Fire and Rescue Service to make minor modifications to the original design to ensure that the town would not lose these iconic signs that provide a sense of direction and a sense of place. For their dedication to the details, Preservation Maryland presents Susan Van Nostrand and the thirty-three volunteers of the Washington Grove sign project with a 2020 Best of Maryland Community Choice Award. 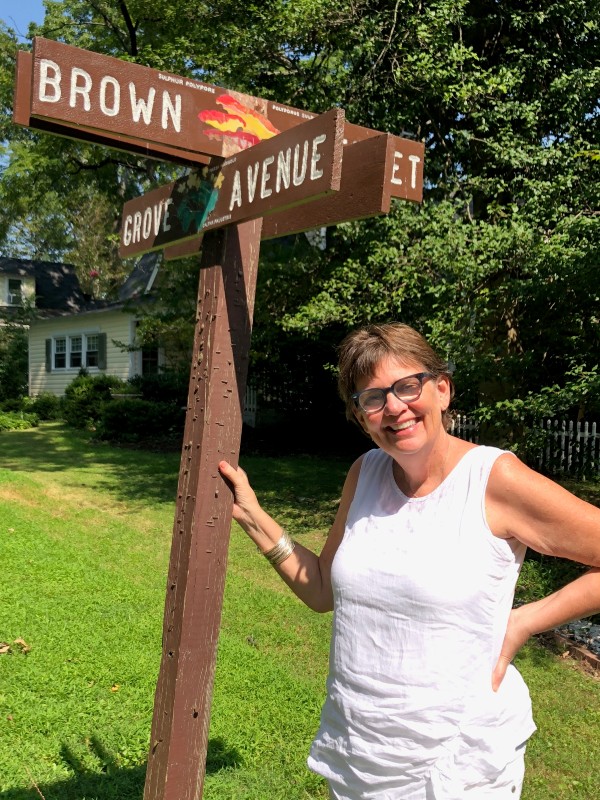 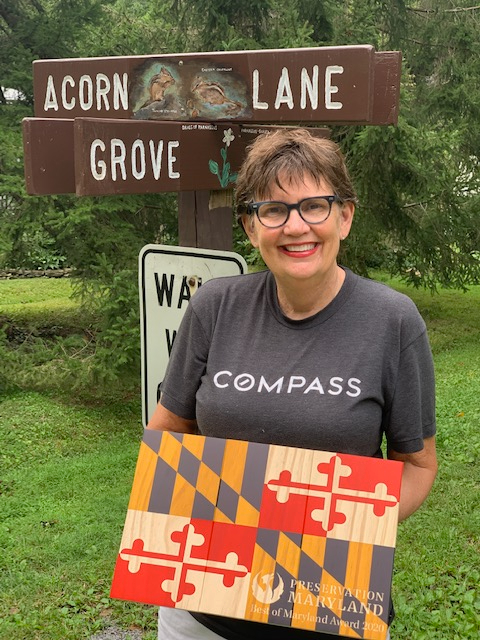 Washington Grove, the smallest incorporated town in Maryland, began as a Methodist camp meeting in 1873, evolved into a popular summer resort that included an active Chautauqua assembly, and became an independent municipality by 1937. The town’s origins as a camp meeting placed it squarely in a rural area, a short ride on the B&O Railroad Metropolitan Line from Washington, DC. The passing years, however, have seen the town’s surrounding environment evolve ﬁrst to suburban, with the development of interstate highways in close proximity, to urban, with the advent of the terminus of the Washington Metro Red Line just a mile from its borders. Yet, despite encroaching development, Washington Grove has retained its sense of place – a unique composite of setting, historic legacy, and community life that is strong, yet vulnerable to gradual erosion. 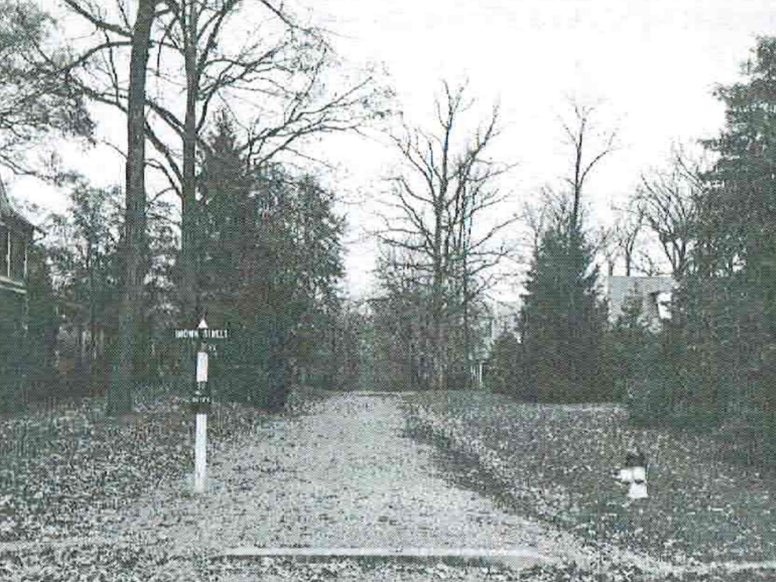 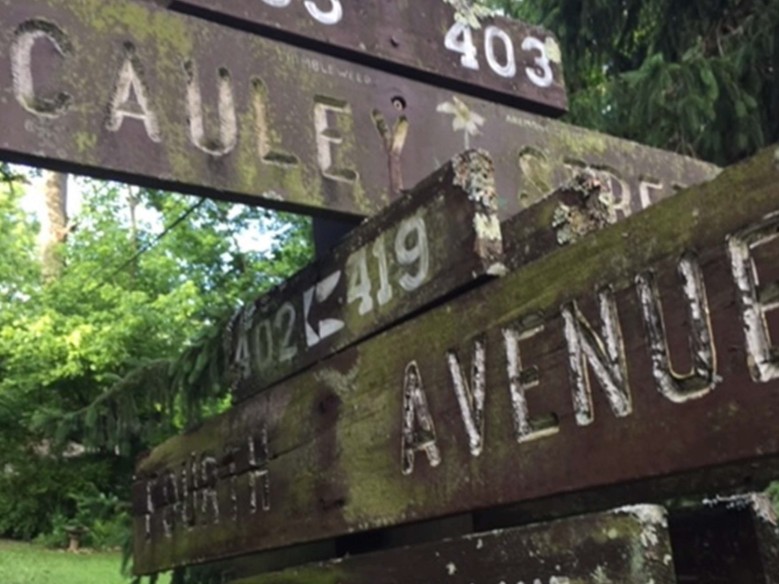 “Before” the signs showed deterioration and biological growth.

In 1980, the U. S. House of Representatives voted to designate the former Washington Grove Camp Meeting site in Montgomery County a National Register Historic District. That designation emphasized our rustic Gothic Revival architecture and preponderance of forests and parkland over-developed areas. Our updated National Register Nomination (approved at the state level and now pending submission to the National Register) speciﬁcally recognizes our 187 wood street signs as historic features in the expanded Historic District. Those signs are located at the intersections of each rustic narrow asphalt road, street, alley, and grass or gravel avenue throughout the Town.

After 1986, a new Town Maintenance Supervisor took over responsibility for creating and maintaining the street signs, adding two new details – routering of the letters for better legibility and a painted native plant or animal in the center, with genus species labels, to complement the natural landscape of the town. The character-deﬁning features of the original signs were maintained.

In early 2017, the Town Council considered abandoning our historic wood street signs in favor of modern standardized aluminum signs with vinyl reﬂective letters. The HPC and many residents were shocked and saddened by the potential loss of a beloved historic feature of our Town. They advocated for retaining the wood signs, because of their uniqueness, historic and aesthetic character, and their contribution to our town’s natural and historic camp meeting sense of place.

Ultimately resident Susan Van Nostrand presented the cost-saving idea of using a team of volunteers to upgrade current signs and reconstruct new signs where necessary, using a commercially-available reﬂective paint with reﬂective beads, the same product used on roadways, for the routered block letters. After a positive demonstration of the reﬂective paint with beads on a mockup street sign, the Council gave Susan 6 months to show that volunteers could economically restore/reconstruct wood signs with adequate reﬂectivity. The HPC consulted with Bryan Blundell, Dell Corporation, a wood preservation expert, to develop best practices for the sign restoration, consistent with the Secretary of the Interior’s Standards for Rehabilitation.

In the Fall of 2017, Susan and a few volunteers created several restored signs and displayed “before” and “after” examples at a town event. After seeing the remarkable restoration results, many residents signed up to work on the signs. Restoration began in earnest shortly after. 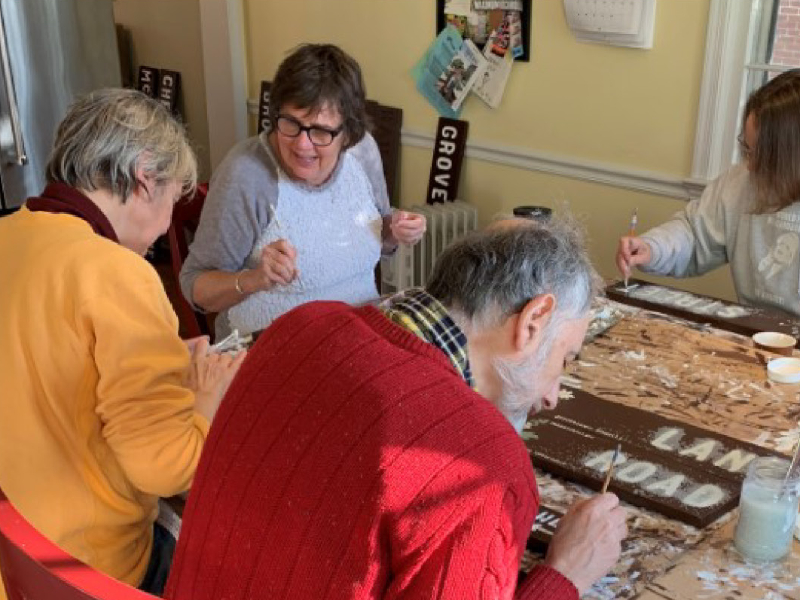 Volunteers working on cleaning and repainting the historic signs, 2019. 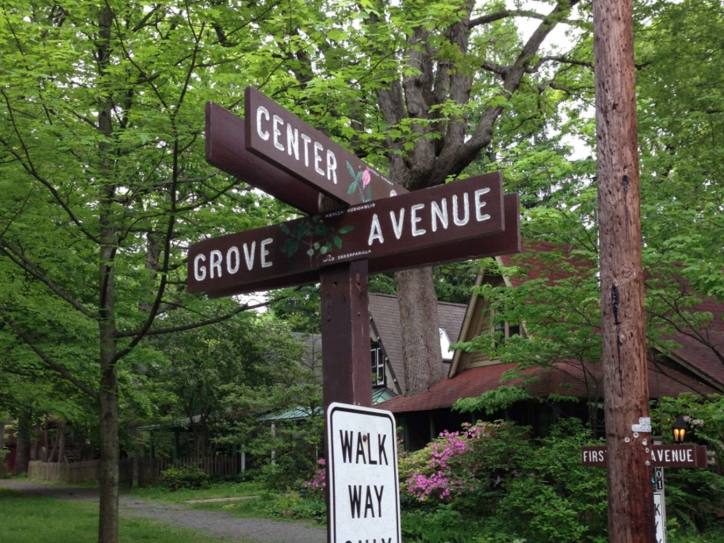 Signs that could be restored were restored; those that were too dilapidated were reconstructed. Some volunteers had specialties, such as routering letters, or touching up the artwork. Others ﬁlled in for any task needed. Many Saturday mornings and weekday evenings Susan hosted work parties in her kitchen. Other volunteers worked on signs at their homes. Susan oversaw the sign restoration process while simultaneously working full-time. The restoration process involved multiple steps and products to clean, repair, and repaint the signs and artwork. An average of two hours of work was required for each sign, not counting drying time between each process.

The process for making replacement signs was more eﬃcient while maintaining the character-deﬁning features of the originals. The Town’s original bronze lettering stencil was used for routering letters on new wood, the boards were prepped and painted the original brown color, reﬂective paint and beads went in the routered letters, and a new generation of artists contributed additional local ﬂora and fauna designs to the reconstructed signs.

The project was a win-win.