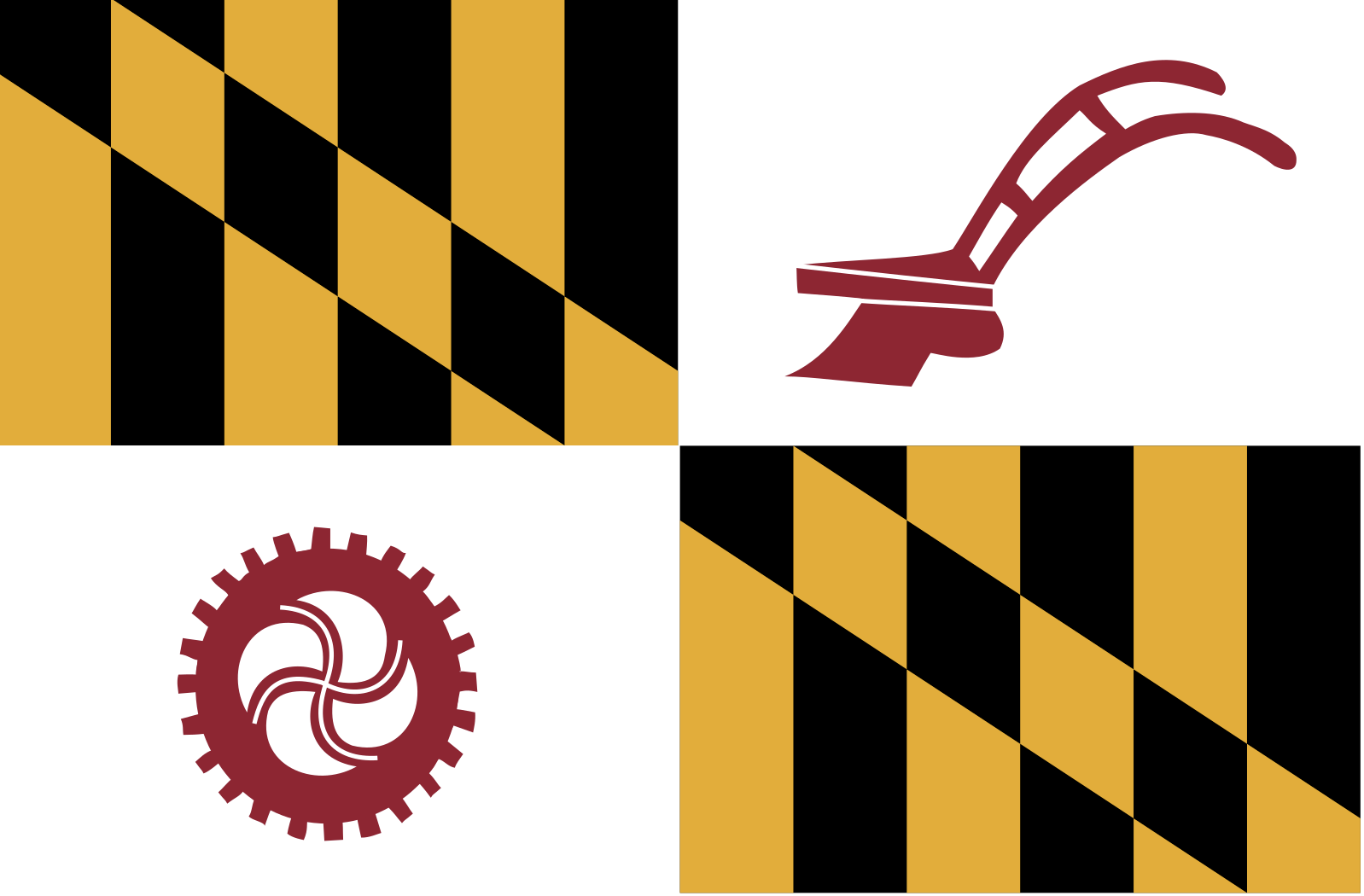 Baltimore County flag’s design came from a county-wide competition to develop a flag that reflected the county’s rich history. Open to county high school students, judges ultimately selected Parkville High School senior John McLemore’s design. The flag features the Calvert colors, the same black and yellow seen in the Maryland State Flag, alongside a plow and wheel cog, representing the county’s rich agricultural and industrial roots. At the time, the design was controversial and was criticized by county councilmembers for looking “too communistic.” Nevertheless, the County Executive Christian H. Khal adopted the flag by executive order in 1962. 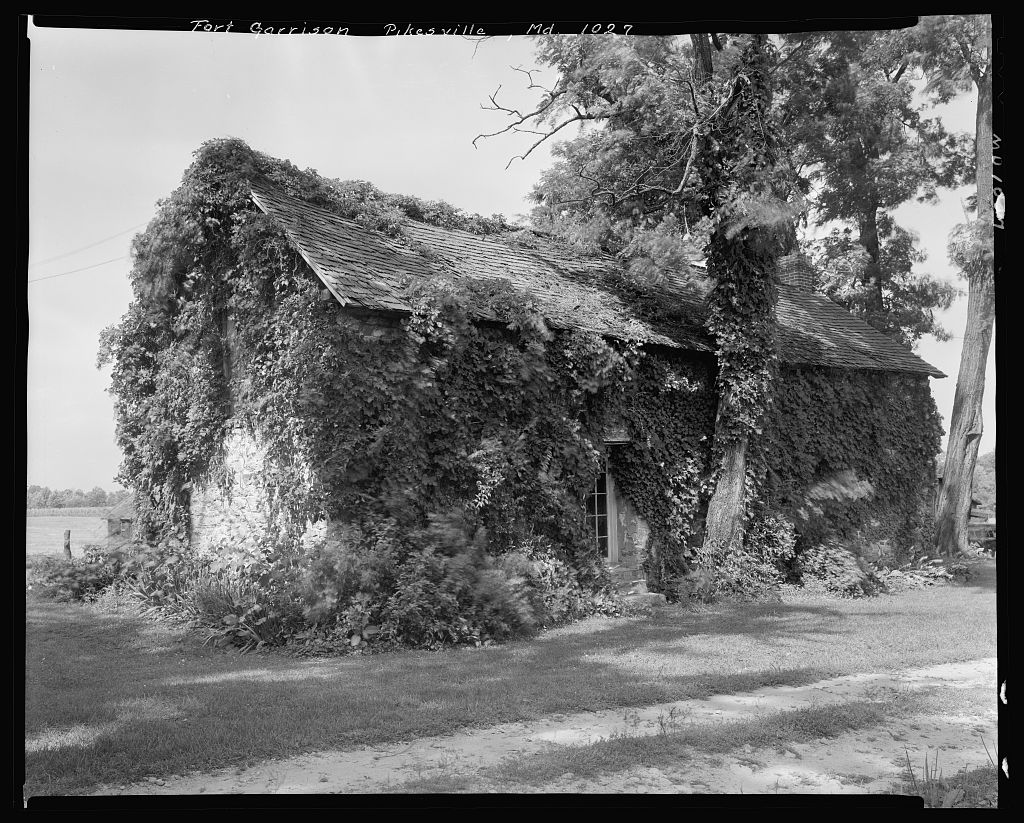 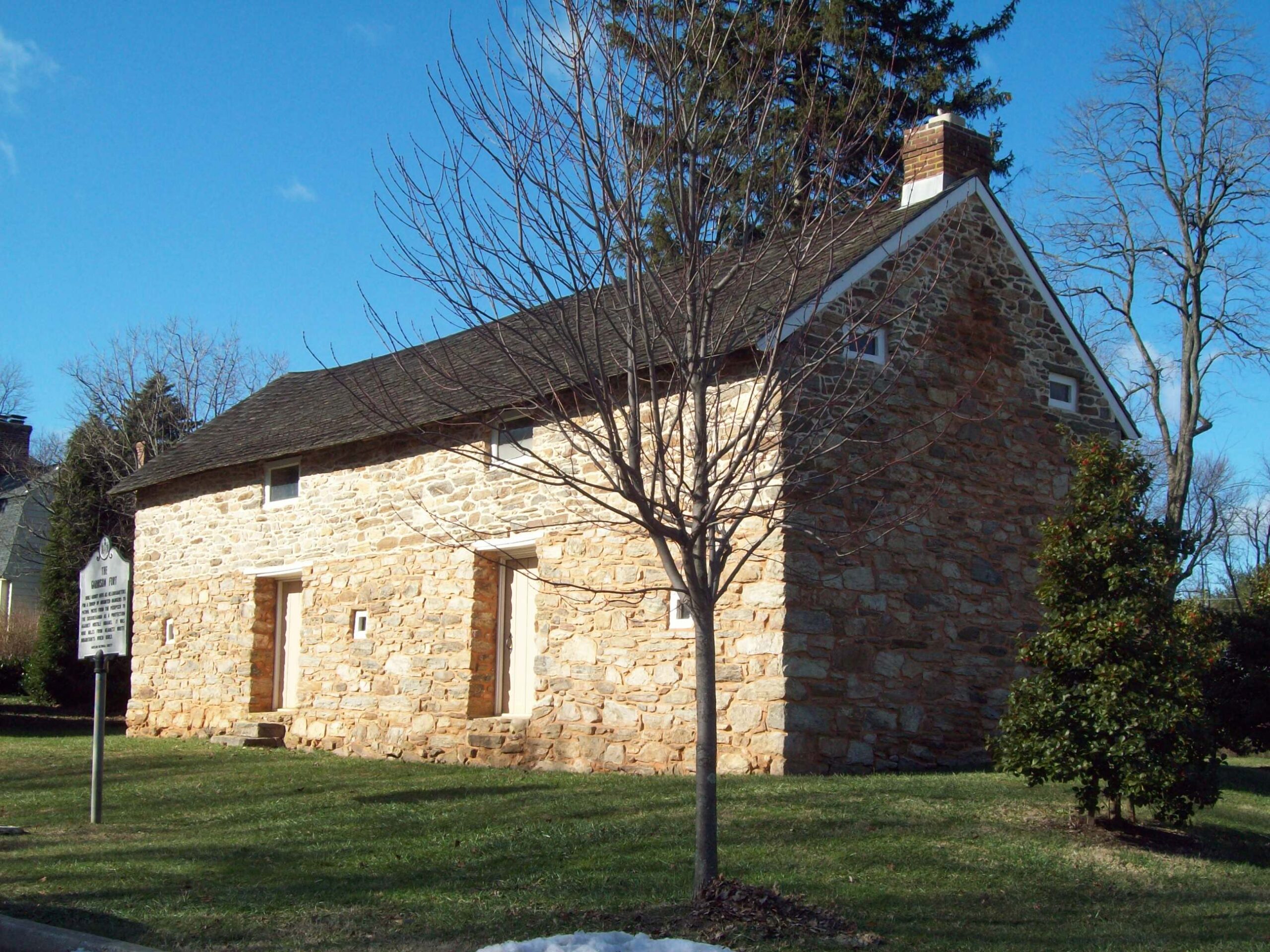 There is no exact date recorded for Baltimore County’s founding, but a letter dated 1659 authorizing the election of the county’s representatives to the Maryland legislature places its establishment at some point before that date. The original borders of the county included all of what are now Harford and Cecil Counties, as well as pieces of Kent, Howard, Anne Arundel, and Carroll Counties. The indigenous inhabitants of this region were the Susquehannock tribe, who used the area as a hunting ground. Conflicts with the tribe meant that there were few European settlements in the area before 1690. Although Maryland’s colonial government signed a treaty with them in 1652, fighting continued until about 1670, when they were weakened by ongoing war and disease. The oldest structure in the county, Fort Garrison, dates to 1695. It was used as a patrol site by rangers in the 17th century and by soldiers during the French and Indian War.

Early settlers of Baltimore County largely did so along the Chesapeake in regions that are no longer part of the county. Like other early colonists throughout Maryland, they farmed tobacco, which depleted the soil. However, it was an incredibly valuable crop that was even used as currency. Eventually settlers turned to beaver hunting, which proved more profitable, and to pursue this trade they moved inland. In the early 18th century, the county was still sparsely populated, with fewer than 500 families.

Ultimately, the period starting in 1731, when the first iron furnaces were established, would be a one of growth. The furnaces supplied iron to Britain and, during the Revolution, produced ammunition for the American army and their allies. Like tobacco farms, the ironworks were sites of grueling work that relied on enslaved labor. In the 18th century, the largest slave holding families were those who owned ironworks. Hampton plantation, owned by the wealthy Ridgely family, was both a farm and an ironworks. 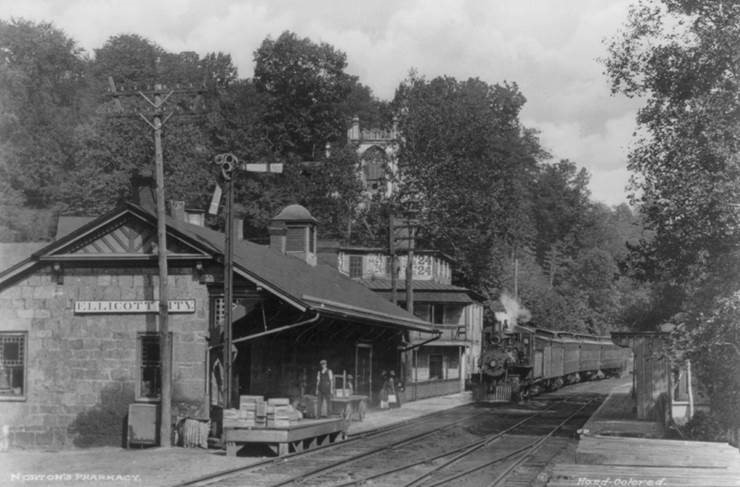 In 1830, Baltimore County saw the completion of the first line of the Baltimore & Ohio Railroad which connected Ellicott Mills to Baltimore. The railroad expedited the movement of goods and people throughout the county. To encourage ridership, some companies even stablished recreation sites along the rail lines. The development of mills also increased during this period. Rivers throughout the county provided energy for paper and gristmills, around which towns developed, such as Oella near Catonsville. The Union Company founded Oella Mill, which began operations in 1810. They were the first textile company chartered by the State of Maryland. The county also developed marble, granite, limestone, and timber industries during this period. It was during this time of industrial growth and development, July 4th, 1851 to be exact, that Baltimore City split from Baltimore County. Baltimore City is one of 41 independent cities in the United States and the only one in Maryland.

Since Baltimore County shares a border with Pennsylvania, it became a significant region for enslaved people seeking freedom in the North. For many, the Baltimore City was the last stop before the final leg of their journeys. Baltimore County and City, which both had large enslaved and free populations, provided opportunities for fugitive slaves to find assistance (often with friends or family in the area) with their escapes to freedom. By 1860, 57% of the Black population of Baltimore County were free. A Baltimore County Architectural Survey published in 2003 surveyed over 35 African American communities, the largest of which are Turner Station and Winters Lane. 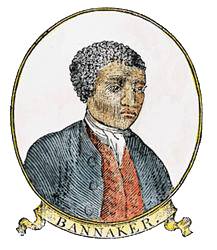 Baltimore County was also home to the prominent Black scientist Benjamin Banneker. Born free in 1731, he went on to study astronomy and mathematics. He used astronomical observations to assist Andrew Ellicott in surveying boundaries of Washington, D.C. and later went on to publish six almanacs. His other scientific endeavors included studying the 17-year cicadas, or Brood X, as they are now known, becoming one of the first scientists to document observations of the insect. He first observed them sometime in the 1740s and continued to study them over the next 50 years. 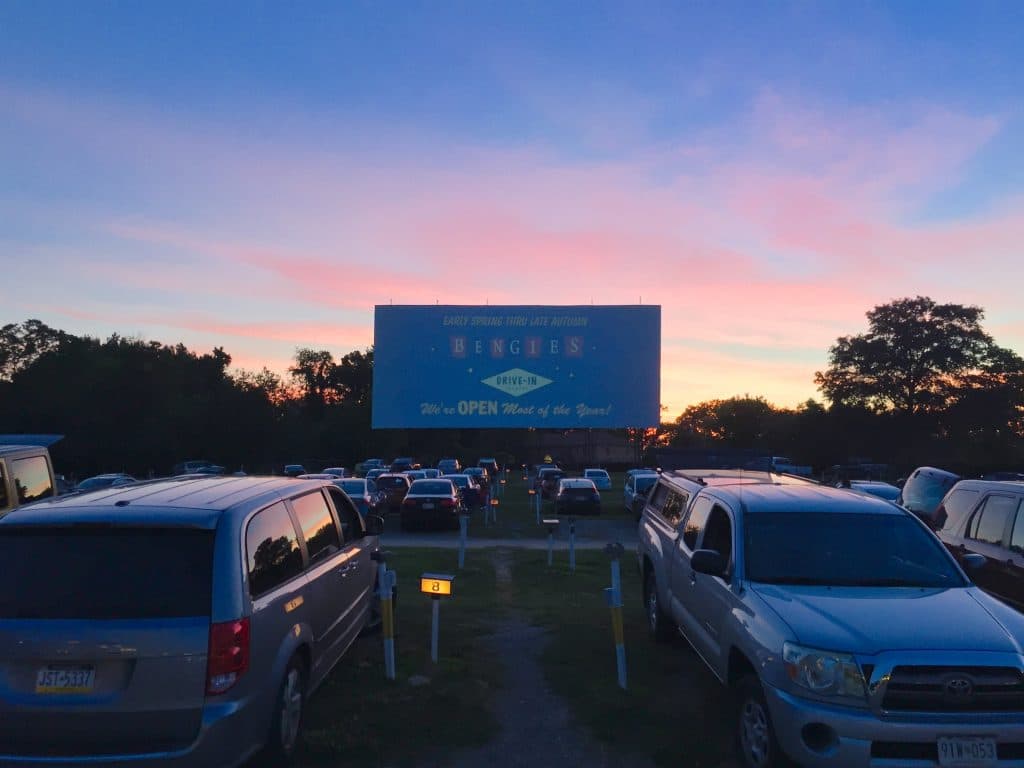 Between 1920 and 1970, the county gained over 540,000 new residents; gaining over 100,000 new residents every decade from 1940 to 1970 and new recreation and industry arrived along with them. New movie theatres like Pikes Theatre in Pikesville, the Anthony in Turner Station, and Bengie’s Drive-In opened. Bengie’s Drive-In, in Middle River, is one of the only drive-ins still in operation in Maryland. In the early 20th century, Middle River also became home to a new industry: aeronautics. Glenn Martin moved his company from California to Middle River in 1925. It employed over 53,000 people and produced military aircraft during World War I and World War II. Similarly to the mill towns of the 19th century, communities developed around the aviation industry. In 1995, the Martin Company merged with Lockheed, becoming Lockheed Martin.

Of note: Preservation Maryland awarded the Glen L. Martin Maryland Aviation Museum a Heritage Fund grant to support the repainting of a Martin RB-57A Canberra to its original colors. In 2020, the Maryland State Historic Tax Credit program awarded $3 million in tax credits to support the restoration of one of the Martin company’s plants.